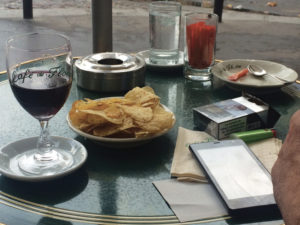 And I see losing love / Is like a window in your heart / Well, everybody sees you’re blown apart / Everybody sees the wind blow’ – Paul Simon, Graceland

My father was not a mere man in my mind’s eye. He was a beast, a spirit, a hobo, a god, but most of all he was a building. An architectural superstructure, a castle in the sky. The club he ran, Les Bains Douches, presided over a small Paris street like a big white angel. Les Bains was so woven into the fabric of his identity that those who passed through it unconsciously passed through him too.

“Je fais, je defais, je refais” was the maxim of another self-abnegating genius stuck in childhood, Louise Bourgeois. My father’s space of entertainment always seemed to mirror his own state of being. When it went down, he went down with it. One night he returned home to his grand 16th arrondissement home after a heavy night of hedonism and lit a cigarette as he fell asleep. When he awoke with his bed on fire, he did not do the reasonable thing of running for his life or calling the fire brigade. Instead, he emptied the contents of a champagne bucket onto the mattress and went to sleep in the next room. Miraculously, as usual, he survived. “I am what I am,” “a living legend,” “a human bomb,” he would declare after each brush with death or destruction while beating his chest like King Kong. 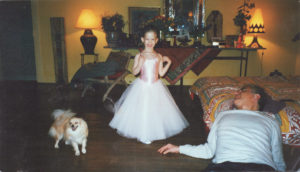 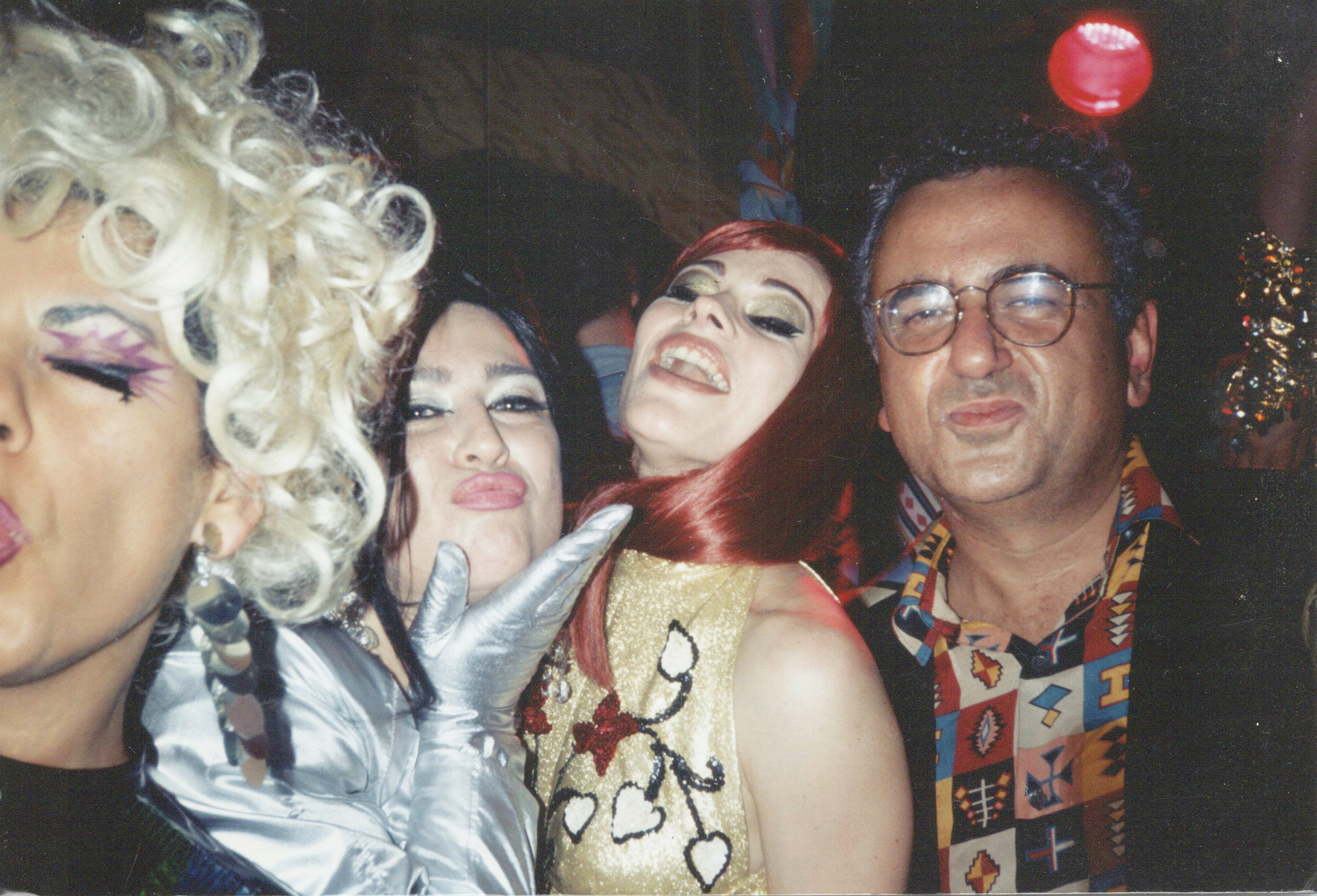 My father, whose name was Hubert, did not engage in civilized behavior or follow social rules. He sped his Mercedes up pavements, smoked in lifts, invited the whole restaurant to dinner, slipped out of luxury hotels before check out and loved me as though his life depended on it. He cut a broad figure with dark skin, a large protruding belly and a thick lucky strike-laden voice that seemed to emanate from the molten core of the earth. His language was an absurdist mix of verlan slang, sex references from ’90s pop songs, and dictatorial orders in Arabic. The text messages he sent were like incomprehensible haikus containing his philosophical findings of the day. I never once saw him join the back of a queue, nor did I notice anyone complain. He was on his own wavelength and people seemed to not only accept that, but reluctantly love him for it.

I can understand his need to provide others with escapism. His first love was film and he got high from the perfect cocktail of rich technicolor, a heart-wringing ballad and a duplicitous femme fatale. To me he orchestrated such scenes through his club. What I would not do to slink for just one night into Les Bains during its golden years? I would cross the velvet rope inaperçue, slip through the frescoed corridor and up to the restaurant where Grace Jones would be taking 100 bites out of a steak au poivre and David Bowie would be licking Dom Pérignon out of Iman’s inner ear. I’d make my way down to the disco, watch George Michael do a line off a drag queen’s stiletto and let myself go. The night would culminate in a slow dance to Grace’s La Vie en Rose, everyone arm in arm and blanketed in a thick layer of artificial snow. It would be like meeting my dad for the first time. But he and that Paris got lost in time.
In the evening of his life he spent his mornings at the Café de Flore. He reasoned that the high price of a café allongé was worth the free paper and atmosphere. I’d walk over from the Metro and spot him instantly, always in the same seat, legs splayed across the walkway and his cracked phone, cigarettes, blue Bic lighter, and various bits of cash and receipts spilling over the hard green table. We’d sit and shoot the shit like two old barfly buddies. He would mischievously detail the secret lives of the penguin waiters as they glided past our table. He liked to get the ins and outs of a place, the poetry and perversities of its hidden mechanics. These days I can’t walk by there without seeing him. In his stained blue polo shirt, waving his arm at me from behind the glass like a ghost over an unknowing tourist or a palimpsest of Paris itself. 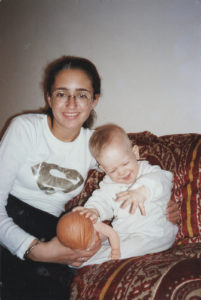 It was hard to watch him ceaselessly tear down the walls of places he created as I knew they were a projection of his soul. Once we were having breakfast in his beautiful rented Louis XIV apartment when he said, “I’m tired of having three rooms here. Why don’t we knock down this wall and have a big ballroom?” I protested but to my horror he fetched a hammer and proceeded to start dismantling the wall with it. After a while he called for his chauffeur/drug dealer. “Sylvain! Please finish this off for me, my hand hurts.”

To be under his portico, behind his columns, watched over by the sun god within was to feel an immaculate sense of belonging and non-judgment. He didn’t believe in hierarchies or divisions. That’s why Les Bains was so magical and what we are so lacking in today. People were not tourists of their own lives, commodifying their experiences and each other. They lost themselves to the spirit of the place.

When he died there was nothing left, at all. The circus packed up and flew away. His golden force transubstantiated. He was my home and now I am his.