My Bains and Our Nights 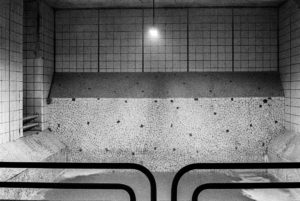 I was 4 years old when my father bought Les Bains Douches. He was 34. My parents separated that same year. Owning a nightclub became one infidelity too many for my mother. As a young Tunisian immigrant, my father didn’t know much about the night; but he’d lived frenetically since his earliest youth, his only homework being to forget a disastrous childhood.

Sadly, I don’t have a very clear memory of the fantasy of that clubbing childhood. Other than the endless hours of waiting… A whole childhood spent waiting for one’s father. A father who literally fell asleep on the phone while I talked about my days at school. A father who woke up when it was my bedtime. For me, the night of origin evokes abandonment. Not of oneself but of the other, the abandonment of a father in his net. Hubert always said Les Bains was his third child.

I remember many evenings spent at the home of his friends who are today often sought by the vice squad. I more or less remember large Haussmann apartments rented by modeling agencies, where young women who spoke rudimentary French pretended to be interested in that ‘little miss perfect’ wearing smock dresses.

Born almost without the ability to feel full because of an incompetence of the cardia, I dined three or four times every evening at the rhythm of successive invitations. Les Bains and especially its first-floor restaurant were the final destination of all my Saturday nights. 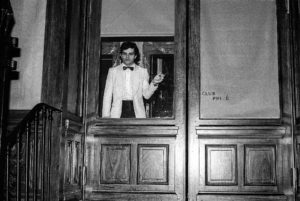 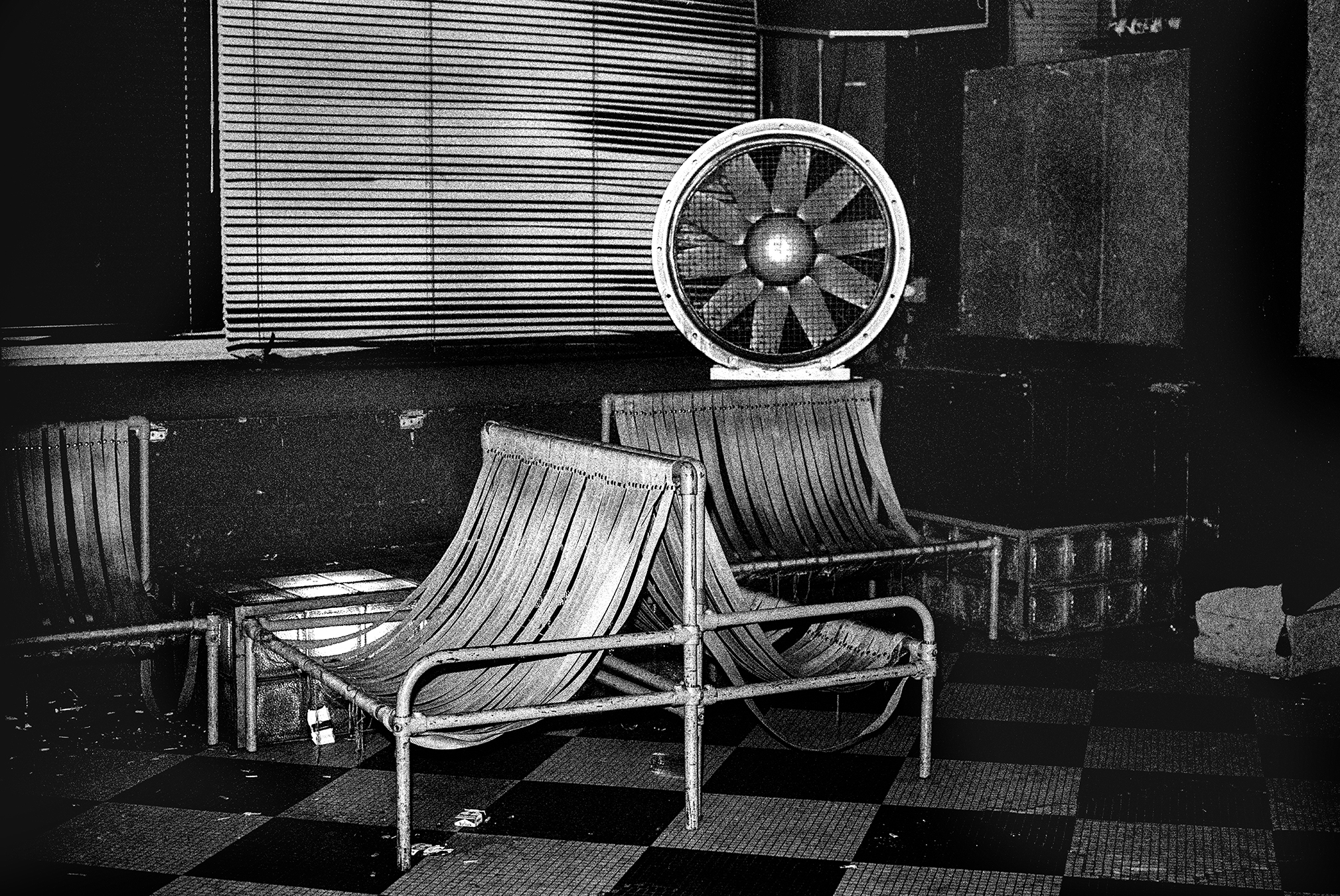 I also remember magical rides in my father’s black saloon cars, weaving along the banks of the Seine at night. I think these were really the only moments when we talked one-on-one for more than five minutes at a stretch. We mainly discussed my mother and her alimony. My father’s driver (Hubert’s license had been suspended ten times) opened the door for us in front of Les Bains, double-parked. With great fanfare we arrived in front of the entrance steps, shooting knowing smiles at bouncers like Ben, to Marilyn the much-feared physiotherapist, and to Richard behind the cash register at the entrance. I remember my father and I really showed off and we adored that. Today for the first time I’m thinking of that image seen from a distance, of a man and his little girl entering a nightclub the way one returns to the fold.

At midnight, come hell or high water, I left.
I fled, slipping away of my own free will.
I was afraid of what happened past midnight.
I feared at an early age that things would get out of hand.
I restlessly reminded my father that it was the time for me to leave, that I should be taken home immediately.
The fear of unwholesome activities terrified me.
Today at age 40, I’m wondering what was so unwholesome? Drugs, alcohol, cigarettes, sex? From the age of 15, when I stayed past the midnights, I proved to be as prudish as a priest’s daughter. The lecherous looks my dad’s friends cast at my short skirts disgusted me. Diet Coke was my only drug, the one that enabled me to dance all night without looking at anyone.
My father could have owned Les Bains Douches or a club in the middle of the countryside and it would have been the same. Stories about celebrities at Les Bains never escaped my child’s mouth. At the time, I quickly understood that everyone found that annoying. Even my mother didn’t know until recently that I’d shaken hands with Diana Ross. 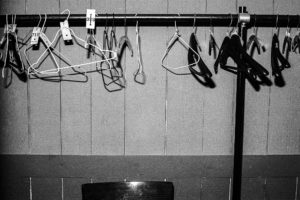 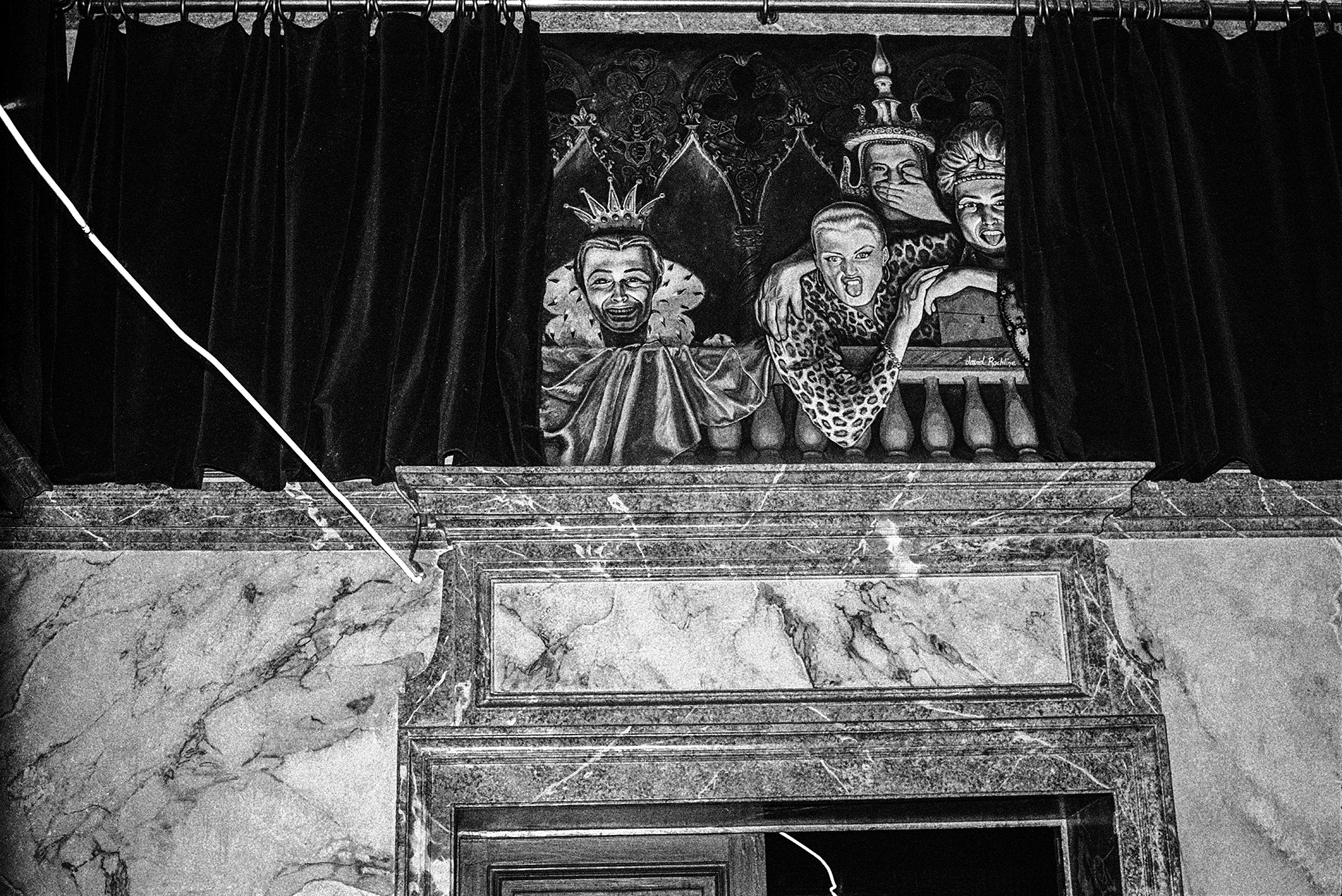 What did the night do to me? What did it take from me and what did it give me? What interests me here is knowing a nightclub intimately. An interior night. The fact that there are no boundaries between night and day. That going out dancing is as simple as drinking a coffee on a terrace. That meeting strangers every night remains the one and only rule. The night that my father showed me was equally accepting of whores and princes, artists and forgers, bankers and bank robbers. All that counted was the energy, an energy that uplifted, inhabited and damaged its bodies, which were always eager to rise.

Of course it is understood that the era I’m evoking here, “a night without witness” to quote philosopher Michaël Foessel, no longer exists.

The night is less dark nowadays. The vault of heaven has disappeared. Technological advances of every kind have made it lose its depth, its density. A summer night in the countryside, of a profound and heavy darkness, in which one is guided only by the moon hidden behind the trees, seems to me like the height of defiance today. The only night left where you really lose your bearings. Because if the night isn’t dangerous, it doesn’t exist. You only remember the nights when you fear for your morals, your virginity, your bag or your cigarette packet. The urban others, mortally circumscribed, cease to exist. 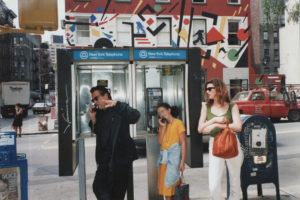 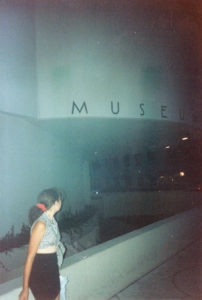 When I turned 18 my father told me he didn’t want me to study, that he didn’t see the point.
He wanted me take over his business. In me he saw an extension of himself, a highly sociable young woman who was perfect for welcoming people to Les Bains. For nearly ten years I had to fight to make him understand that the job of club owner didn’t interest me at all, that what I wanted most was to write about contemporary art. For me, that was the degree of abstraction needed for developing myself. And the right separation from him. The night of Les Bains had taught me to integrate the incomprehensible, the intangible, all of the strange things in our world. After having grown up mainly around adults, I wanted to understand the work of my peers and to see them at work. Plus, I already had a sense that the brevity of night-time encounters wouldn’t be enough for me.

The night built my father brick by brick, and collaborated in destroying him. Admittedly a rare phenomenon. Fortunately my father never needed therapy. I never thought the night had caused his downfall, even if he came to a rather bad end. What could have been more beautiful at the end of his mandate at Les Bains in 2010 than to break down the bearing walls of that place that had given him everything? He died eight years later. The night invites poets but does not invent them.

As I write these lines in the spring of 2020, all of the discotheques have closed until further notice. People are talking about the end of the night, as if the end of the day were possible. Exactly what night are we talking about? The prodigious night has something miraculous about it, and in that sense is similar to a work of art, it invents its own medium, material, gestures, codes and language. Planning the ideal day is possible. Planning the perfect night is a quite futile undertaking. Because the night eludes us just as much as the day holds us.

Yet what most takes me back to the night I knew as a child is related to the day. The smell of a club in daytime. There is nothing more concrete and tangible than smelling the cold tobacco of that era on those fake-leather sofas. The perfumes of passed-out beautiful women has given way to a bleached floor. Today I lovingly recall the cigar smell in my father’s office on the first level—the antechamber of my childhood—a smell that disgusted me at the time. I also haven’t forgotten the scent that escapes from a professional kitchen during the day, and those huge fridges filled to the brim. The toilets without the cheap fragrances of the lady attendant of Les Bains. A club during the day is like going from one dimension to another, from 3D to 2D. Visually everything sags, takes on tiredness, lassitude, cheapness, renunciation. The iconic pool then looks like an old muddy pond. The black and white tiling is just one more surface to scrub. All the artifices, the glamour, everything brilliant and flashy made visible by a lighting system that gets more sophisticated every decade dissolves when morning comes. And there’s that lack of sound, of constant music, of rhythm. The hits have disappeared, giving way to a reverberating void only interrupted by the voices of the cleaning staff. A naked club—this is what I miss most today.

My Bains and Our Nights
Text by Julie Boukobza