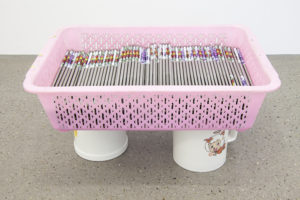 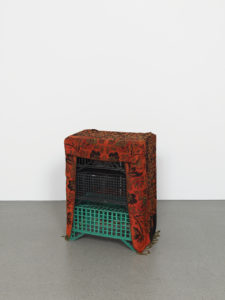 1) Display or Presentation?
I like the idea that my work is presenting, that it gives to the one who looks. The street vending works, where I’ve gone to touristic centers and purchased entire situations from mainly illegal street vendors, are clearly about this, without it no one would stop to buy the tchotchke. The trading card plinths and the movie props operate much the same way. Things made to be seen and noticed. In a way all presentations are displays, but only some displays are presentations. It is this I search for.

2) Do you steal or buy?
It depends on the situation. As a rule I don’t steal because I think the cost is borne further down and not up. When I collect the stones at Double Negative, as memorabilia, I consider it restoration, so there are moral subjectivities that guide the hierarchies one steals from, and there are situations I purchase for the price suggested. There are also auctions. I comb through hundreds a month – sports, entertainment, natural wonders, coins, movie posters, comics, etc.

3) Negotiation?
Because I’m not interested at a primary level in discussions of added value I don’t negotiate and always pay the price the seller first suggests if I can afford to, otherwise I admit I can’t afford it and move on. Which is emasculating, but that can be a good thing.

4) Sci-fi as contemporary road map.
I keep E.F. Bleiler’s Science Fiction: The Early Years near me in my studio. It’s a colossal catalogue raisonné of science-fiction stories up to 1930 compiled over decades. In the thousands of plot synopses held in those pages the options for the future have to be someway presented. In the series Un Symposium sur Alien, I used diagrams from a 1980 academic conference on the referenced film. The social issues examined there are ones that have only become more pressing in the past three decades. Obviously there are thousands more options for dystopia than its opposite.

5) Can the street teach the gallery?
It works both ways if one is interested in learning.

6) Sport suppresses ritual? Or vice versa?
They’re the same and purposely so, which, entertainment aside, makes it of interest. Baseball, specifically, is a cult of Americana embodying all the public moral values of the country, which people like Whitman discussed from the beginning. On the other hand you have this high level of homosocial ritual: young men with bats on a diamond at the most fertile time of the year. Ideally sport would replace religion.

7) What is left out?
At the highest level: women and self-awareness.

8) What is added?
Heroes during times when wars are waged behind the scenes. Jockstraps. Locker room talk. Diversion.

9) Embroidery is not the same as writing.
Writing is quick, not as quick as speech, but the body has a direct flowing connection. With the embroideries I slow this process down while creating imagery from a text. When a text must hold the executioners interest – i.e. mine – for months it has to have a certain energy or dark power. The resulting image should share that. 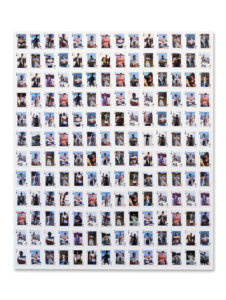 10) Are trading cards passive or active?
They’re active if they stick together. Once they’re out of their carton, out of their pack and individual they become fragile and tradable and have a known value. Kept inside their packets and their boxes they are mysteries of possibility, but also, based on my ability to get deadstock, equally rare and unwanted.

11) Massage in public or private?
Give in public, get in private.

12) What is the difference between tapestry and painting?
At some level I think if it hangs on the wall it’s a painting. The major difference would be through the accessibility of unstretched fabric, because we feel a direct bodily relation to it through clothes, blankets, etc. Painting is almost always detached from the lived experience of the viewer, a separation of biology and culture.

13) Legs or shoulders?
Legs, a natural pedestal is always preferable.

14) How do you ship a street vending situation?
Their very nature is one of movement, it’s what attracted me originally. What makes them compositionally strong is related to their efficiency of production (free or near free to make), ability to pack up and walk away quickly (the police can come at any moment) and their need to present to a targeted audience (tourists). Normally I go on roadtrips, but I can take them on the plane with me as well.

15) Tarot or Palm or both?
One is cultural and the other biological, but the outcome very much the same. I like that both exist at the same level, but at the end I find myself attracted to that which has a physical presence.

16) Is art a shell game?
Definitely. In my work I want to put something under as many shells as possible, to make the odds better for whoever interacts with it.

17) What’s an inspiration stone?
You find these all over the States where vacation memories are sold. They can have words like: truth, justice, etc. or symbols. People keep them in their pockets or their gardens or by the sink as reminders of their faith or positivity or some similar feeling. I used some of these stones, etched with the Christian cross, to have constructivism compete with religion when placed as sculpture.

18) The street vendor and comic store trading card section are analogous to what?
Movement, both physically and as a way of holding onto experiences in a broad-based way. Small things collected and saved collect the imaginations of a mass public in direct ways that are odd and revealing to stare at directly. How these things are pushed or presented to begin with goes one step back and opens up different avenues. 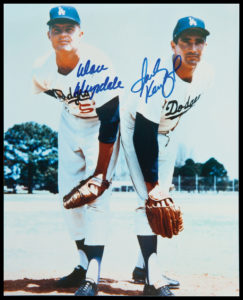 20) Do you agonize over arrangements?
I try not to. I would like the work to be as efficient as possible. With Trevi Fountain Snapshot Piece, where I obtained every street vending situation in a single place, it was important to find a way to re-present them – so I had to try placements out. I learn if you look at what an object wants to do it usually has an honest way to be presented. In general I’m interested in taking these objects and presenting them as they are, it’s a break from the traditional idea of the readymade towards something more specific, to where or how something was obtained, and myself and a few of my generation (like Park McArthur, Bunny Rogers, Cameron Rowland, Ramaya Tegegne, Luke Willis Thompson) have only begun to explore it in the past four or five years.

21) Do you adjust and replace?
It happens if there is no other way. The card grids began with these Princess Diana playing cards I found and I realized, while trying to figure what to do with them, that a deck can split into a perfect 26 letter alphabet, as there are 13 black and 13 red. Afterwards I found that this code is a classic for sending messages in a totalitarian environment. Like the embroideries, they present a coded text with an image generated on its own. I had the cards of the guys fishing produced by the company that made the Princess Di cards, grabbing the images from dudes I went to high school and college with off the internet. So I do create as well as search, even if I use found objects and situations to do so.

22) Are there multiple versions of works?
Yeah, it happens often. I really like the idea of sibling pieces, works that are a little off and then separated. With the baseball sculptures, compositions from pairs of bats, I think of them all as brothers and lovers, so most of the pieces I’m happy to fool around with again. All my works are teammates or split originals.

23) High or low?
It’s tricky because most cultural events or icons diminish over time. When I made an embroidered wall hanging from Brian DePalma’s Carrie a work it wasn’t only because of its transmutation from a handmade religious piece, to movie prop and then an artwork, but because the film is an important text. These objects must hold different perspectives and they’re difficult to find. The searching is a predominant part of my practice and the work. But I’ll harness higher culture as well – when I make two drawings by Michael Heizer from Andy Warhol’s collection a work, the effects are similar.

24) What is appealing about inversions of status and meaning?
I’m not sure I go along with inverting. I know I have to admit to it and admit liking to do it very much, but what I do with meaning and status is there from the beginning. There are lots of subject matters that are avoided and we should ask why or how things happen and become high profile publicly. In this system accidents seem unlikely. Anne Frank becoming the most important female in the story of the Second World War is a fascinating occurrence. Serial killers, who kill unapologetically for pleasure, are too. What the fuck is tourism and what’s it say about you and me and everyone else? We’re just beginning to talk about everyday propaganda in the public, that’s a really important and vital issue that shows how wrapped up politics and comfort and the horrors of the world are with each other. Hiding things and showing things is important in this respect.

25) Could we make a diagram of your aesthetic desires?
I think we could begin to work on one. I’m not interested in a linear trajectory for the work and I refuse to stick to one subject or medium. I’m very interested over time, as I return to some things while adding new ones, what becomes of the greater whole. With Mike Kelley, I’ve always admired how different subject matters and shows required a different version of himself as an artist. Aesthetically I was definitely affected by living in Donald Judd’s print studio at the edge of the Chinati campus before I moved to Switzerland and of course becoming an adult around Zurich has an impact. Order and construction are important. In general though, with material and medium, I want to return items to their original place. Testing the limits of artistic medium utility is a good place for compelling experiences to begin.

CREDITS
All images Courtesy: © the artist and Galerie Maria Bernheim