This exhibition stages a dialogue between a new series of works by Andrea Sala (Como, 1976) and one of the final furniture collections by the late Alessandro Mendini (Milano, 1931 -2019). This dialogue between generations and creative practices was originally conceived for the Generation section at miart 2020, the modern and contemporary art fair in Milan. Today, the show finds instead its natural location at Schiavo Zoppelli Gallery as a collaboration with Galleria Luisa delle Piane. Alessandro Mendini was as a designer, an architect, an author, and a theorist who always expressed a profound relationship with visual arts; whereas in his sculptures Andrea Sala has often explored the history of design in its formal and cultural implications. For this reason, this distant dialogue has a meaning that transcends any personal relationship between the authors, and finds its motive in a common ground of sensibility that both artists share and have explored in their own time, using different tools.

In a text from 2003, published on the occasion of the opening of Casa Museo Boschi Di Stefano, Mendini – who in that same building in Via Jan in Milan was born in 1931 – tells a significant part of the story of his family as it was linked to the place, starting from its construction commissioned by his maternal grandfather. Mendini remembers his uncles Antonio and Matelda and their early passion for collecting, the assiduous relationship with contemporary artists, and the beginning of the Second World War, when the family was forced to flee and they managed to hide the art collection, which by then included works by De Chirico, Morandi, Carrà, Martini. The artworks are “hidden within a wall in a long barn together with the food provisions” in a villa near Brescia, and they stay there until the Liberation. Through this story, Mendini not only expresses the urgency of protecting works of art, but also, on a deeper level, the inexplicable feeling of something that, in order to be preserved, must be inserted under the skin of a building. In other words, the only way to protect something is to internalize it, to literally take it in. In this sense, the dialogue between generations and disciplines underlying this show, broadens and deepens the notions of “reference” and “influence” as we normally understand them. A reference can almost be regarded as a form of “maintenance”: I do so that my work becomes the protective film of a message that pre-exists me and that I consider of a certain value; I transform what I do into the vessel of a past visual experience (or of a part of it) in order to carry at least a fragment of it elsewhere. 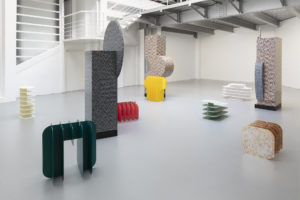 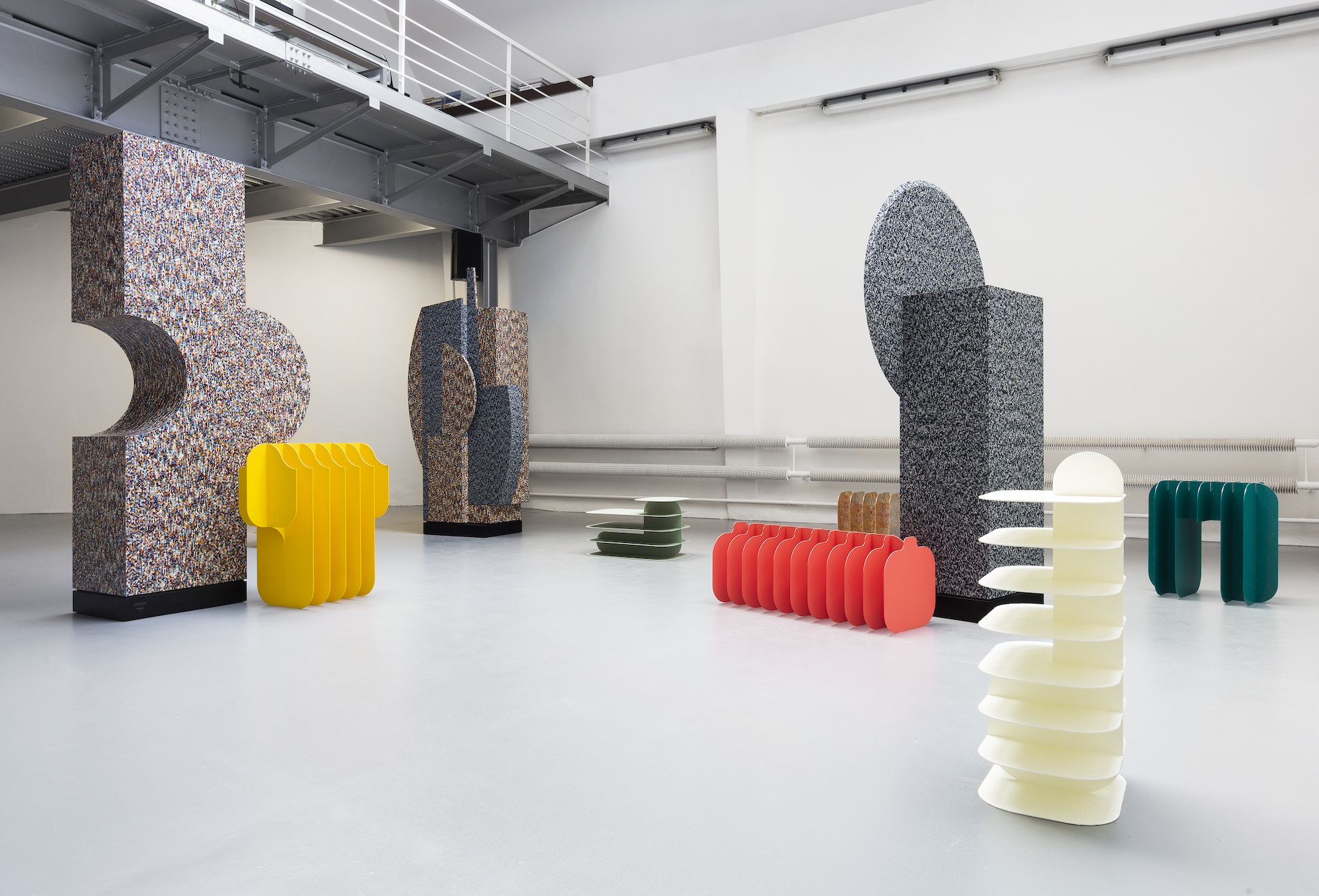 Mendini often theorised and practiced the poetic centrality of the surface, of the finish of objects and buildings; in other words, the importance of decoration, which always been considered – when not entirely condemned – a subsequent phase if compared to the development of the structural and functional forms. The furniture pieces Qfwfq, Ayl and Luna & Sole are titled after the characters from Without Colors, one of the short stories in Italo Calvino’s Cosmicomics. These pieces were made using the wood Pointillisme COL and the wood Pointillisme B/N, that Atelier Mendini (with Alex Mocika) developed as a re-edition of the original wood created for ALPI in 1991. Throughout his entire career, Mendini constantly referenced Pointillism and, more broadly, the history of Abstraction and of the 20th century avant-gardes. This is true not only when we think of Mendini’s sofa Kandissi (1976) or of the armchair Proust (1978) but, most significantly, when it comes to his concept of “Pictorial design”. With this concept, Mendini expressed his approach to design as “the free movement of a visual thought”, a methodology that borrows from painting the spontaneity of a compositional gesture and then transcribes it into functional objects, which are conceived as “pure visual reality”, an extremely personal form of creativity, whose exuberance exceeds the rules of Modernism.

For this exhibition, Andrea Sala created new works that explore the skin of objects and spaces, metallic abstractions of a domestic environment that remind us of the familiar shape of the heater, that the artist enhanced and amplified. The title of each work refers, in an almost prosaic way, to the different spaces of the house: the Living Room, the Bedroom, the Attic, the Bathroom… When focusing his attention on design and its history, Sala avoids the more authorial and iconic angle and favors the most ordinary, even banal yet common aspects of design. Each sculpture has a different finish, a surface treatment, normally used in industrial and artisanal production, that the artist has applied manually, obtaining tactile and pictorial textures. Sala explores the variety of these finishes and the different techniques to decorate a surface, their illusionistic quality, the materials and the colors that become a second skin (Mendini loved to use the expression “make up” when referring to the decoration of surfaces).

If Alessandro Mendini brought the expressive quality of painting into design, and the freedom of the artistic gesture into the everyday objects; for his part Andrea Sala deploys industrial and artisanal processes that are used to decorate our homes and extracts from them a different, almost fragile, intuitive quality.

Most likely, Mendini and Sala share together a notion of objects that was, and still is, very persistent in both Italian art and design, where the symbolic and emotional value of the domestic environment comes before its function. This tradition expresses of “things” the psychological density – be it joyful or mysterious – rather than its use. 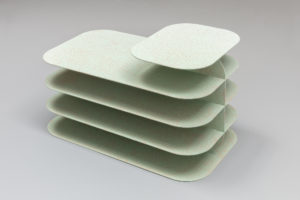