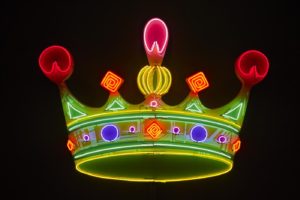 The following psychiatric evaluation requires that you watch Daggering (2011), an early work by the American artist Alex da Corte, and then answer a sequence of multiple-choice questions about it.

In this five minute video, da Corte dresses up as Michael Myers, the psychopathic antagonist of the horror movie Halloween (1978), who escapes the mental institution where he’s been incarcerated since childhood for killing his sister and, now adult, stalks the desolate streets of his hometown (Haddonfield, IL) in pursuit of other carefree teens to kill. As da Corte (who lived in the ‘real’ Haddonfield, NJ) explained in 2013: “I wanted to empathize with the Michael Myers character, who to many is really scary, but kind of like, not celebrated.’ Reanimating the weird sibling dynamics of the original film, da Corte stood outside his family’s suburban house, staring through the windows at his sister as she watched David Lynch’s television series Twin Peaks
(1990-91). “I liked the idea,” he said, “of [that] psychosexual act.”

The answers you give will be used by your practitioner to ascertain the severity of your condition and your medication will be altered accordingly.

1. Knock knock, who’s there?
a) Candyman
b) Alex da Corte
c) Malkovich Malkovich
d) The thing from It Follows

3. If I had a sister, I would…
a) Sway eerily to Rockin’ Back Inside My Heart by Julee Cruise in a mask (i.e. mimic da Corte)
b) Lose control of myself
c) Show her that Mike Kelley piece with the stuffed leopard thing on the leopard print rug
d) Release the hounds 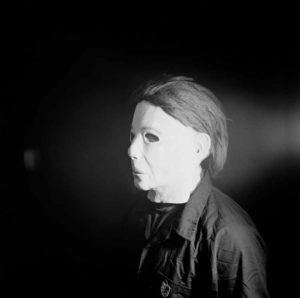 5. It’s common for horror movies to be set in suburbia because the suburbs are where…
a) The zombies live
b) Time stands still
c) The wild things are
d) You trade Ritalin for OxyContin

6. Considering David Lynch’s role on Rockin’ Back Inside My Heart (co-producer and lyricist who also used it to score a wondrous scene at Twin Peaks’ biker bar The Roadhouse), what aspect of Twin Peaks do you think most closely relates to Daggering?
a) Dougie (Kyle MacLachlan) from Twin Peaks: The Return (2017) because he also seems ‘not all there’
b) BOB because he’s a malevolent presence who comes into the house
c) Donna (Lara Flynn Boyle) and James Hurley (James Marshall) because they represent teenage love
d) Lynch’s creepy small-town ambiance because it makes things druggy and perverse

7. Michael Myers is mute but if he spoke in Daggering he would say…
a) ‘Come to daddy’
b) ‘Ever dance with the devil in the pale moonlight?’
c) Nothing, but howl like a werewolf
d) ‘There’s no place like home’

8. Michael Myers’ blank face is a latex Captain Kirk/William Shatner mask (e.g. a commercial product from the Star Trek entertainment galaxy) spray-painted ghostly white with its eye sockets exaggerated. If I could replace the Shatner-Kirk mask with another mask, I would choose…
a) Clown mask
b) Ghost face mask from Scream
c) Beast from Beauty and the Beast mask with luxurious fur
d) No mask rivals the Michael Myers mask since its uncanny blankness is somehow more frightening and inhuman than any freak show attraction

9. If 8d is true, this blankness…
a) Transforms Michael into a terrifying sculpture of fear itself
b) Is very Pop Art because it’s also about fame/distortion/immortality
c) Makes me think of school shooters
d) Reminds me to take my medication

10. In this video, da Corte offers you the zombie doppelganger of sculpture: a living thing (himself in a mask) playing a dead thing (a sculpture of a psychopath). This reminds me of…
a) Frankenstein’s Monster
b) Michael Jackson
c) Puppets
d) Dad

11. Which makes da Corte dressing up like Michael Myers…
a) A beautiful and disturbing kind of drag act
b) A desperate response to a supposedly unlovable monster
(Ask for extracts from Sue Klebold’s book A Mother’s Reckoning, 2016, if this thought puzzles you)
c) Soothing because it turns Michael back into the traumatized boy he was in the movie’s prologue
d) A deviant act 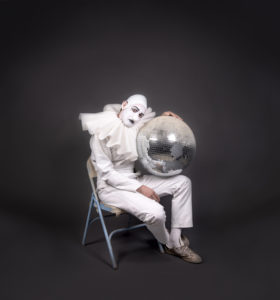 12. Using the window below and the range of Crayolas provided, please draw one of the following…
a) Eminem staring at himself in the mirror
b) The Wicked Witch of the West
c) Severus Snape from the Harry Potter films
d) A normal family with a normal house

13. Daggering is scored by Julee Cruise’s track Rockin’ Back Inside My Heart from her album Floating Into the Night (1989), which sounds like a glow-in-the-dark love song until spooky forces sneak in like phantoms: ‘Shadow in my house/The man, he has dark eyes.’ Which of the following songs works best as a replacement soundtrack? Hit ‘PLAY’ on the mixtape in your Discman now. Meaningful and/or haunting lyrical content shown in brackets.
a) Why Can’t I Be You? by The Cure (‘I’ll eat you all up/Or just hug you to death!’)
b) The Station by Oneohtrix Point Never (‘It must be an infestation/Something I can’t control’)
c) Goodbye Horses by Q Lazzarus (‘All things pass into the night’)
d) Metal Heart by Cat Power (‘They’ll lock you up in a sad, sad zoo’)

14. If craving to be inside Michael Myers’ brain and body is what created Daggering, it’s actually…
a) About loneliness
b) Even stranger than I thought
c) Magical
d) A love letter

15. The Halloween franchise consists of eleven films, including nine sequels and two remakes or re-imaginings of the original movie. If a sequel to Daggering were made, it would have to contain…
a) Zombies krumping
b) The marriage of Michael Myers and Edward Scissorhands
c) An explosion of gore
d) da Corte’s inflatable yet plush upside-down cat sculpture Bad Cat (2018) hanging from the ceiling as carousel music plays and some neon lights go bonkers

16. What’s it like in Alex da Corte’s head?
a) Candy-colored
b) A maze
c) That movie Nowhere
d) Scary as Hell