All the way down into bits and pieces of an artist.

Alongside the e-mail inviting me to write this text, an image of a book fragment was shared. On the top of the page, someone wrote, Or we can build anew, learning from what was while proposing new possibilities, which suggests one of many possible ways to enter and clarify the universe of Analisa Teachworth’s diverse practice.

Analisa Teachworth developed an artistic practice that ties personal experience and history into a visual language over the past ten years. Her methods, which address the materiality and mythology of world-building and self-defining, are as unique and ambitious as her being. An intuitive process often in conversation with community, including human or non-human players that maintain knowledge in undocumented fields, oral histories, and unwritten information, is visually translated, mediated, and narrated by Teachworth into a nexus in which new stories are born. Her works include paintings, sculptures, installations, sound, and digital media. Between the pieces and in the porous process of materialization, the production of meaning is constantly negotiated, fixed, and loosened up. The myriad formats become ways to inform the future on our relationship with the world in which we set up artificial divides between concepts like “natural” vs. “artificial,” “them,” and “us.” 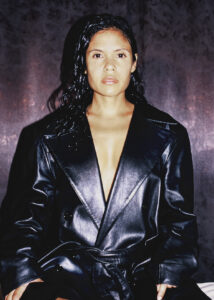 Her most recent subject matter is a year-long investigation into bees and their hives. This work’s principal production involves designing and creating versatile sculptural beehives that function as living hives and recording instruments through which sound is captured, creating layered compositions resulting from an investigation into observational beekeeping. The project allows for multiple ways of operation that provide a systematic structure for many ideas that stem from one central concept from which Teachworth is creating a nurturing pedagogy. Sculptural beehives, as artistic objects, become the foundation for diverse long-term works, including sculpture, sound, and by-product as economic relations of exchange.

Against the background of evolutionary knowledge, the beehive is considered a model for utopian coexistence. The cultural history of humanity is closely intertwined with the bee. As a supplier of honey, mead, and wax, it has been praised, revered for its state-building and flower pollination, and feared for its poison. The little insect has always been a colossal projection surface for religion, politics, and sexual morality. It has been appropriated and anthropomorphisized by humans to justify their worldview with arbitrary interpretations by often opposing perspectives that saw the bees as a model of their state order. With her close examination of the other laden in her practice, Teachworth recognizes and theorizes on the intimate interconnection of all things. Over the long course of navigating oppression, specifically, the women’s liberation movement, recognizing women’s rights and relationships between the domestic vs. workplace drew a line to bee’s labor. Research exposed a higher fundamental structure at the heart of the bee’s life: the beehive colony as a radical matriarchal system that piques Teachworth’s interest.

Confronted with the self-destruction of ecosystems and the world as we know it, the “surprise and ironies at the heart of knowledge production,” as the theorist Donna Haraway said, is that “we are not in charge of the world.” Instead, she suggests—similar to the structure of the beehive—an interconnected understanding not through one single explanation but through an assemblage of “situated knowledge” or something that she refers to as “views from somewhere […].” Moreover, tracing Haraway’s thoughts, the writer Elvia Wilk suggests in the text Death by Landscape, how women have historically been seen as objects to study rather than active knowledge producers, but this being “equally applicable with regard to the natural environment, which has for so long been conceived as passive or inert.”

These thoughts bring us back to the careful and detailed way in which Analisa Teachworth conducts her research, over time, in close exchange with people from various fields she finds herself gravitating towards. Dialogues wherein her abstract ideas become concrete, strengthen, and provide reciprocity. What happens in the moment of the artistic process when Teachworth leaves the position of the (neutral) observer and slowly merges with the ecosystem she observes? Through her prominent agenda, Teachworth envisions a new form of communication on emotional, mental, and technological levels that seeks to reclaim and reconstruct her own experiences and the narrative of our collective history.

In the work Tribute Pallet, Teachworth invited the viewer into a scaffolding structure. The architectural qualities reference structures built in rapidly changing circumstances with found materials governed by purpose, necessity, scarcity, and economic dependencies. Its characteristics also pay homage to more earthy habitation, from which the Western world has architecturally wanted to dissociate itself but continues to serve as dwellings for much of the world’s habitation. Sculptural vessels made of sugar sitting on a table, also an artwork, at the installation’s core, referencing our relationship to commodities that have historically been an inspiration for exploitation. The elements within this installation point to the brutal yet life-altering intersections of commodities, trade, colonialism, and today’s global economic interdependencies.

3D characters, cast as animated principles, play the role of contemporary counterparts centering on the digital surface, shifting, tracing a story articulating what cannot be voiced. Tribute Pallet raises questions about the extent to which deadly economic processes and dystopia for millions of people are not fictional or apocalyptic visions of the future but lived, embodied reality. Analisa Teachworth traces those economic systems within historical timelines and relates them to her heritage, entwining past, present, and future into the stories she brings forth. Through an investigation of materials and form, her work offers a sense of who she is, within attention to the relationship between experience and place, in her case an upbringing in the landscape of an abandoned post-industrial Detroit, Michigan, New York City, and her Puerto Rican ancestry.

What is valuable regarding Teachworth’s artistic visions and investigations is protagonism coupled with a commitment to making. Elvia Wilk writes, “Whose utopia, whose dystopia? If the human is not the protagonist, who is? A utopia for mosquitoes may not be the same as mine, but from the perspective of planetary ecosystems, it may be far preferable. Utopia and dystopia are not divergent paths leading into the future, but matters of perspective and scale […]. They are happening all the time, right now, on different scales and in different places.

Her new works, and past Tribute Pallet, resemble a methodology that cultivates uniformity and visitation of central topics rather than a closed notion of a body of work. Within the fabric her practice has spun and developed over years; one can in a sense witness the texture of her thinking. As she lives, works, and exists, she interweaves and celebrates partners in ways that are both elliptical and direct, lucid and intimately personal, layering narratives on top of each other to reveal the precarious but nurturing relationship between being alive and making. 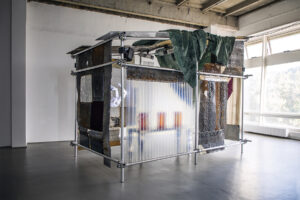 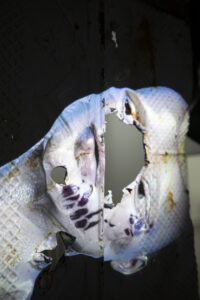 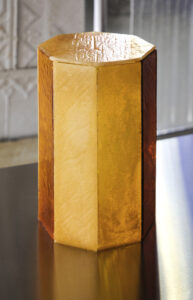 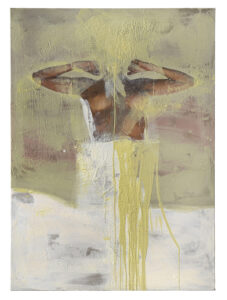 All Images Courtesy: the artist

Analisa Teachworth (b. 1987, Detroit, Michigan; lives and works between New York City and Berlin) is a multidisciplinary artist whose practice includes sculpture, installation, digital media, sound, and painting. Through an investigation of materials and form, the work examines the relationship between experience and place, the artist’s upbringing in the landscape of abandoned post-industrial Detroit, and her Puerto Rican ancestry. Her practice, research, and writing explore collective liminal states, contextualizing intersections of disembodiment and vivifying emptiness. Her works have been exhibited at institutions including: The Shed, New York; FRAGILE, Berlin; MoMA PS1, New York; Hamburger Bahnhof Staatliche Museen, Berlin; Kunst-Werke Institute for Contemporary Art, Berlin; The New Museum, New York.

Maurin Dietrich is a curator and director of Kunstverein München. She previously worked at KW Institute for Contemporary Art, Berlin, where she programmed performances, exhibitions, and publications; schir concepts, a residency program located in Tel Aviv and Schinkel Pavillon, Berlin; and the 9th Berlin Biennale by DIS Magazine. She is the cofounder and director of Fragile, an exhibition and residency space in Berlin. She studied art history and comparative literature in Berlin. She has taught since 2017 at the Universität der Künste in the Art in Context MA program as well as for the postgraduate program BPA (Berlin Program for Artists).