Nothing puts us at ease more than feeling clean and tidy, physically as much as mentally. Nothing makes us feel more protected than our home. Even more gratifying, we might venture to say, is when these two things are combined, i.e. when we clean the house. It is the repetition that is especially reassuring, the constant and automatic repeating of the gestures and actions used to sanitize the physical and emotional world that is closest to us. It is the ordering and organizing of our visual space in order to bring peace to our mental space, comforting ourselves with the regular upkeep of objects which, like souvenirs of an entirely personal psychogeography, articulate and define our story and our profiles. The reason behind these actions, however, remains unresolved, the psychological mechanisms according to which they operate opaque, and, above all, whatever potential that may be lying beneath our everyday lives is left unexplored. 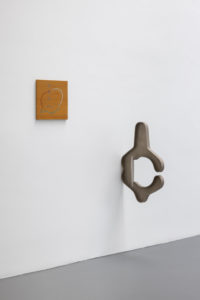 Pulisci i piedi e lavati le mani is thus an invitation, perhaps even a command, to take part in a ritual – first personal and later collective – aimed however at triggering one or more entirely novel reactions. Not so much to reaffirm customs but rather to reformulate the imagery that we are now so drastically bound to. The domestic space with its presumed rules acts as a frame, defining the field of action. Simple acts and contexts, at first glance ordinary and expected, but which on this occasion can be understood in a larger breadth and in a new light. The story imagined and told by Andrea Sala through the corpus of works that make up the show moves beyond the habitual or common sentiment. The planes and elements, materials and techniques are as diverse as the spaces they come together to create in the gallery. In these spaces, cleaning is not understood simply as a mechanism for sanitizing but also as a tool for inner purification, as the key to enter a more intimate and personal dimension, of oneself and of the surrounding area. The removal of the dirty – but we could just as well say the superfluous – from the surface of our skin, from the soles of our shoes, or from the shelves fixed to our walls, finds a correspondence in the way that – layer after layer – color is removed from the paintings realized on paper. The surfaces of all the objects presented are also clean: they are left in pure form, unsweetened by processes that would alter the primary perception of them, whether tactile or visual. Thus the pieces in terracotta maintain their natural color and the tortoise shell clips their delicate fragility, and the imperfections in the bronze pieces are exalted, providing a new interpretation of the material. All presented in their essence, as though to bring back the awareness of each one to the respect for and consideration of forms and materials, and distancing them from any kind of slickness. 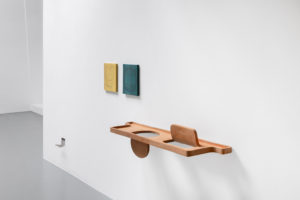 A series of signs features in each work, in a circular play of references and refractions; sinuous forms, open and sexy – even erotic – intersect and to a good extent even undermine the orthogonal and rational grids of the volumes and planes. The elements exhibited, although recognizable due to how they are connected to common use and imagery, are all deprived of their ordinary functions and every inlet, shadow, empty space, and hole seems like a profound call, stimulating a desire for fulfillment or hinting at the passage towards another, suspended dimension.
A strengthening of domestic behavior and the habits regarding the objects that make up its landscape, Pulisci i piedi e lavati le mani also expresses a wish to respect the value and importance of forms, whether they be identical to themselves or in continuous evolution. Forms understood not only in their physicality and in their relation to the space around them, but also in symbolic terms, as tools for the interpretation, and, above all, the amplification of the real. 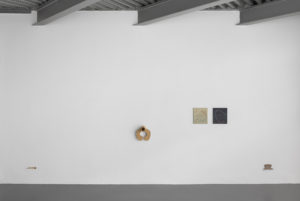 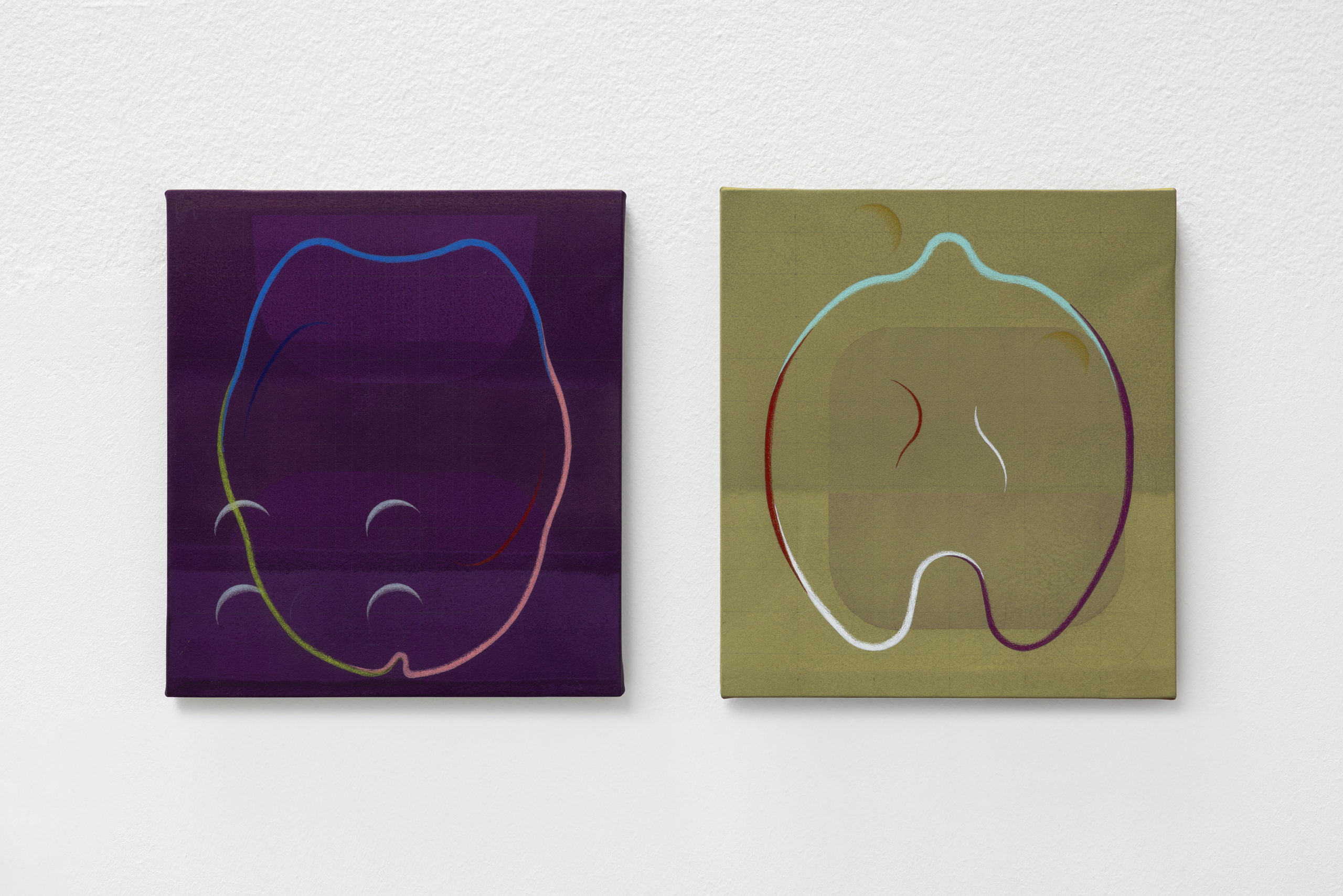