ANTI-BODIES. Bodies within the body of the institution 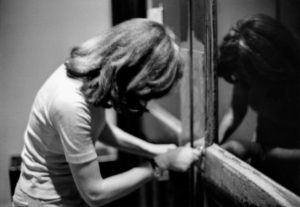 “An antibody is a protective protein produced by the immune system in response to the presence of a foreign substance, called an antigen. Antibodies recognize and latch onto antigens in order to remove them from the body. […] As antibodies circulate, they attack and neutralize antigens that are identical to the one that triggered the immune response. Antibodies attack antigens by binding to them.” Extract from the definition of Antibody, BIOCHEMISTRY section of The Encyclopædia Britannica

A brief, partial and rapid historical overview of radical and uncompromised actions aimed against art institutions encompasses Marinetti and the Futurists’ call to flood the museum, André Breton for whom “the simplest Surrealist act consists of dashing down the street, pistol in hand, and firing blindly, as fast as you can pull the trigger, into the crowd,” Gustav Metzger and his 1959 manifesto calling for an “auto-destructive art,” and the Destruction in Art Symposium that Metzger co-organized in September 1966 in London together with John Sharkey and Ivor Davies…

Antibodies fighting anti-bodies to preserve the integrity of the body of institutions in peril. 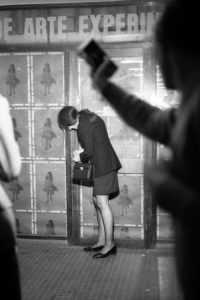 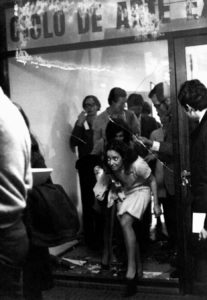 What and who are these bodies that institutions strive to have to exist, and, in equal measures, fear so much. What is the relationship between these bodies and their temporary host: the concept of a seemingly permanent institution. An institution that produces antibodies, and that fosters anti-bodies.

Asked whether he was committed to razing the institutions in 1963, in 2016 Flynt wrote in 1962-63: Razing the Institutions? that yes he was, adding that “if there were a communist landscape—correlative to the civilization in one mind—then none of these institutions should exist. They are intolerable social oppression, intolerable degradation, intolerable insults. The last stage of Communism does not need to be for somebody to preen in a box at the grand opera, or to venerate the artistic residue of oppressive social orders. Again and again, if it were, then COMMUNISM WOULD HAVE NO HISTORIC MISSION REGARDING MODES OF EXPRESSION.” [author’s note – keeping Flynt’s bold emphasis].

Marcel Janco remembered that at the onset of Dada, artists had lost confidence in culture, “everything had to be demolished. We would begin again after the ‘tabula rasa.’” As a distant temporal echo and with the weight and knowledge of many decades later, Flynt advocated vehemently for the demolition of these ‘serious’ institutions. In other words: anti-bodies are ‘anti’ the body of the institutions. A call that Flynt furthered during his lecture on the 28 February 1963, reading From “Culture” to Veramusement, as the photo taken by Diane Wakoski attests. Behind Flynt, it is worth noticing the sandwich boards used during the demonstration the day before, and how these offered a strong visual incarnation to a dense four-hour talk.

Encierro – Graciela Carnevale For her exhibition in October 1968 as part of the Ciclo de Arte Experimental [Experimental Art Cycle] in Rosario, Argentina, Graciela Carnevale locked unaware visitors inside the gallery. As Carnevale recalled, the space was left entirely empty, “with no chairs, nothing at all. It was a very small space. I covered the windows with the posters so that at first no one could see inside. I invited the people in. I then told them to wait for a moment, and I locked the door […], and I left.”

After four hours, a passer-by smashed the gallery window, thus releasing the spectators inside. The violence of the piece and the locking-up of the public remain an uncompromising historical precedent. The audience taken hostage came as a stark reminder of the absurdity that galleries and museums continued to function despite the political situation of the time, blissfully forgetful of the repression of a military government. This piece embodied a most striking violence, not only towards the public, but also towards the institution, the cycle of exhibitions and the artist herself.

As Carnevale wrote, “to experience enclosure is a physical relation and perception. Closed, the possibility of seeing or escaping becomes a challenge. It refers to the possibility of transforming the status-quo, leaving our passive role of citizens.” Bodies locked up within the institution, as involuntary participant performing against their will. If it ever was that an institution only exists through the public that validates its existence, the body of the institution meets its paroxysm when bodies—and nothing but bodies—forcibly constitute the institution, its content and its public, offered as such and proposing its very own uncompromising criticism.

Curare – Mierle Laderman Ukeles Furthering the reach of her 1969 landmark and influential Manifesto For Maintenance Art, Mierle Laderman Ukeles reminds us that “maintenance is not only cleaning, it is taking care in a broader sense. Society confers value to material objects through the museum that takes care of these.”
Taking the etymology of “to curate” at face value (to curate finds its roots in the Latin curare, to care), Mierle Laderman Ukeles exemplifies a possible definition of the curator as being “the one taking care of.” Among many, Ukeles realized in 1973 the seminal piece The Keeping of the Keys, in which she closed and opened the Wadsworth Atheneum in Hartford, CT, for one day. As Mierle Laderman Ukeles told us in February 2016, she “wanted to deal with the security and the keeping of the keys. Who keeps the key and what happens to them. Guards have this latent power, and yet they do not normally exercise the power on their own. They only use it because they are told to do so by the official security apparatus that is the institution. Guards do not go around making decisions. There is a collusion of power and non-power.”

Pursuing her concern for an art of maintenance, “maintenance workers are committed, yet highly constrained, to take care. They are not exhorting their own individual will or desire. Through the guard, you can understand how the whole art world of maintenance locks down the individual’s freedom,” concluding that “the institution defining cultural value makes decisions about what gets in (the art objects) and what is kept out, as well as who gets in and who is kept out and when (open and closed hours). Security dominates access.”

In taking over for a moment a key function of the institution, seizing the role of the antibodies of an institution that strives in keeping the integrity of the whole intact—opened during opening hours, closed otherwise—the artist succeeds in a temporal disruption of the normal functioning of this very institution. Occupied with the role of opening and closing at will, in stark contradiction with the precise routine that makes it be, the artist makes the public both the witness when locked out, and the accidental participant when locked in, all awaiting to be normalized.

Occupy – Georgia Sagri “On Saturday,” Colin Moynihan recounted in the New York Times on 24 October 2011, “during a talk about conceptual art at the gallery, Georgia Sagri, a Greek artist, suddenly rose and shouted out, ‘This is an occupation,’ witnesses said. About a dozen other people joined Ms. Sagri in declaring the gallery, Artists Space, an autonomous zone. They handed out fliers and taped pieces of pink paper to a wall headed ‘Rules of the Space.’”

Considering the organization of this temporary public body and the set-up of this take-over, Michael A. Gould-Wartofsky in his book The Occupiers: The Making of the 99 Percent Movement, envisaged the social constructs that underrule these sudden bodies, confronting two conflicting models: a ‘pyramidal’ organization with facilitators supporting and moderating, and a horizontal one where all are equal. Gould-Wartofsky quotes Sagri’s position as being “against any idea of facilitation… The moment that you have facilitation there is (the) assumption of an end point… You will need a committee to tell you what to do. And the assembly (will become a) spectacle, trapped in endless bureaucratic procedures.” The menace being that the public body becomes the spectacle of an organized—normalized—functioning institution. The difficult concern of an anti-body becoming just another body, whereas the seized institution remains just as what it was: a park, an office, a gallery, a museum… the body of an institution, nothing but the body of an institution, used as such and for what it is—a place, any place, no place.

Expanding upon the possibilities of an active public body, in discussion with Paul B. Preciado in 2016 on The Parliament of Bodies—the title of dOCUMENTA 14 public program—Sagri stated, “in an exhibition you are not part of the public—you are the one speaking. Whereas I do a performance because I want to also be part of the public, I want to be the public.”

So to say, or rather, so to define: anti-bodies produced by the immune institution in response to the presence of a permanent state of affairs. Anti-bodies recognize and latch onto the institution in order to remove, alter—or even destroy—its body. […] As anti-bodies circulate, they attack and neutralize all the identical institution to the one that triggered this violent and necessary response. Anti-bodies attack institutions by binding to them… 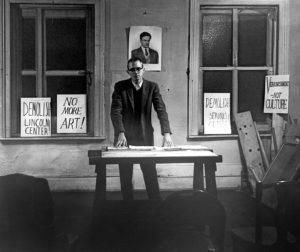