ART AND BEYOND: ANNE IMHOF 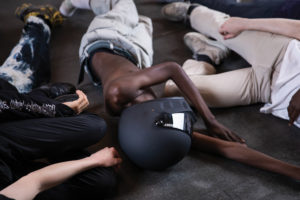 There is an extremely precise quotation by Nietzsche which reveals the ambivalence and the ambiguity of artistic creation. He argues that art, in its creative tension, also contains a desire for destruction.

In reality, if we start from this Nietzschean axiom and admit that alongside the positive and proactive creative drive there is also a constant desire for destruction, we realize that art is a double and non-one-way movement, and thus that it is not possible to divide the history of art inflexibly into good and bad artists, revolutionaries and conservatives. What is certain is that in some periods of history, for example as happens with Anne Imhof’s painting, sculpture and performance, Nietzsche’s declaration that artists instinctively suspect themselves, their own parasitic character and uselessness, is accepted more naturally than in other periods, nor does respectability try to ideologize the artist’s work, by demonstrating that artists move only according to the conviction of the goodness of their gesture, on their good feelings. In our age, such a declaration is no longer frightening, thus making it possible for us to see that this ambivalence has always dwelt in the notion of art. The vision of art in terms of the “ideology of the traitor” sees the intellectual and the artist no longer engaged in a face-to-face, specular relationship with reality, but in a relationship of laterality, of mental reservation, of torment and separation from the harmony that the Renaissance artist had with history. 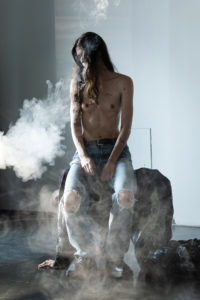 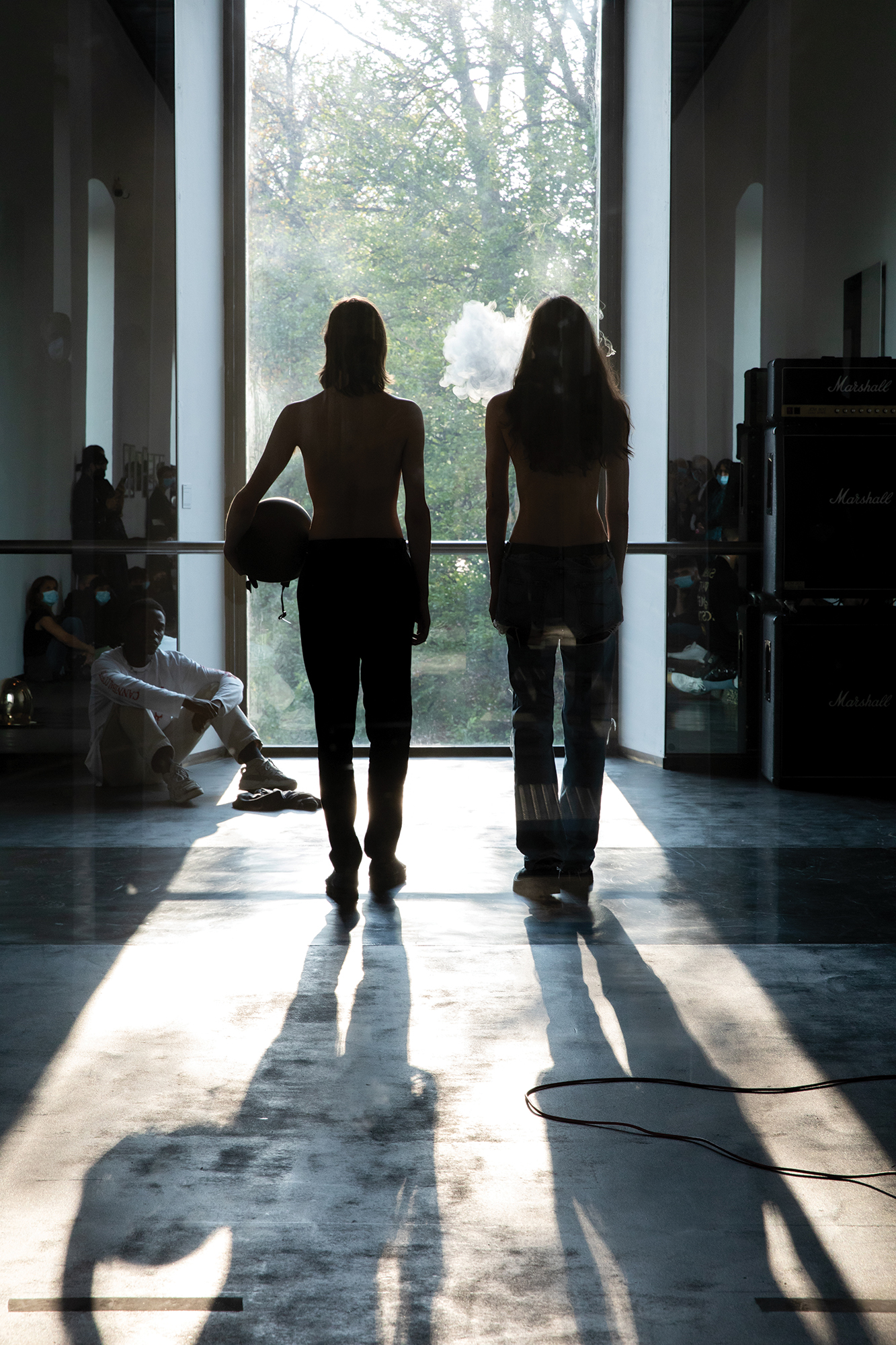 And thus Anne Imhof finds herself having to live with a quantitatively majoritarian reality with respect to the reasons of the ego, of the individual, to the drive of an individual fantasy that in a head-on collision would be irremediably crushed by social gathering and the loneliness that derives from it. Thus, the only survival strategy is that of minority, of an intentionally lesser feeling, as a qualitative tension against a quantitatively majoritarian reality. The artist thus decides to give a stylistic quality to his/her sense of minority, in this way confirming it through the choice of particular, bizarre and eccentric themes such as those that mark the production of a few artists from the sixteenth century onwards. This is the case of Arcimboldo, the painter who creates the portrait of a librarian made up entirely of books, or that of a cook made up of pots, as in a precious and refined bricolage game made possible by the artist’s ability to arrange these objects into an image through the use of language; a painter like Monsù Desiderio, who works in Naples and paints disasters, inscribing scenes of court rituals and ceremonials in crumbling architectural environments. Then, Caravaggio and his Narcissus.

This is the metalinguistic consciousness of Anne Imhof’s art, i.e. the passage from an Aristotelian approach, that sees art as a reproduction of nature, to that close to Plato’s idea of reality seen as a representation of the world of ideas, to a Neoplatonic one based on language as the central point of all artistic actions. 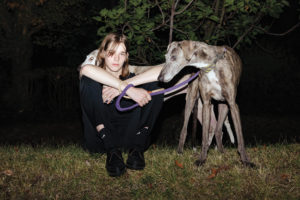 In our century, an artist like Imhof goes even further to arrive at the stylistic revelation of the inner obscenity through its projection on the outer framework, the surface, which acts as a network of exchange between the outside and the inside. This is the case of expressionism that operates on the methodical practice of emphasis, of an exasperation aimed at guaranteeing the expressiveness of an ego that otherwise would not be able to express itself, as the noise of reality is so deafening as to drown out the scream of inner laceration. This attitude of Minority, i.e. the need for style as a protection from a quantitatively crushing majoritarian reality, is expressed through linguistic models that differ over time, but basically expressed with more or less feeling, this pathos has always existed in art. Who would suspect in the elegant and icy portraits in Bronzino’s extreme formalism the sense of separation that seems much more explicit in a painter like Pontormo? Yet, Bronzino is the artist who decides to commit suicide.

Hence, in this fluctuation the possibility of a more complex and articulated mentality arises, capable of taking art out of extremely reductive alignments and instead creating a connection that goes “beyond,” since art is a physiological need of individual creation. The art movement is not to be thought of as a sequence of group poetics, but as a philosophy and the artist’s choice to start with a clear heart and a clear mind, without prejudice, dogma or superstition, favoring his/her own expressive freedom.

The morality of the work cannot be found outside of Sex, the title of the exhibition at Castello di Rivoli, in its implementation process, but be present inside, as an image itself and a model emanating from the result obtained. In fact, in the works, in which the idea of the construction of the work starts to emerge, it is possible to identify that “soft project” which is entrusted to an idea of art that is not impulsive, also supported by an intention that can be found precisely in making it, and which therefore cannot be pre-ordered.

The destructive drive Nietzsche talks about is necessarily found in the artist’s choice to start her work moving from details of reality, a transparent wall in the Manica Lunga of Rivoli, which she then rearticulates and reactivates, recycling them into an image that belongs to her. Today it is imperative to understand that art is not the effect of progress, nor a flaw due to a lack of progress, but rather a sort of biological lavishness that has escorted us since the birth of humanity. It is that variance, that difference, that introduction of surprise that humanity needs in order to go beyond the codes of established communication of interpersonal relationships, which does not require connections or homologation with other disciplines, nor political recognition, as it has finally managed to free itself from the obsessive confrontation with the world of technique and technology, as shown by what happened from Impressionism onwards, in relation first to photography, then to cinema, television, up to fashion.

Imhof’s art distinguishes itself by allowing the stumble starting from a value that only the result can determine, as it can no longer be defined in idealistic terms by objective parameters, but only through relative judgments which may possibly be identified not in the novelty of the technique, but rather in the intensity of the work or in its ability to stimulate energy, difference and surprise, that impetuous and catastrophic ability of the work to enter the scenario of our images and to shake them. 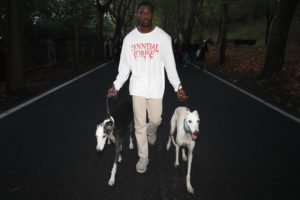 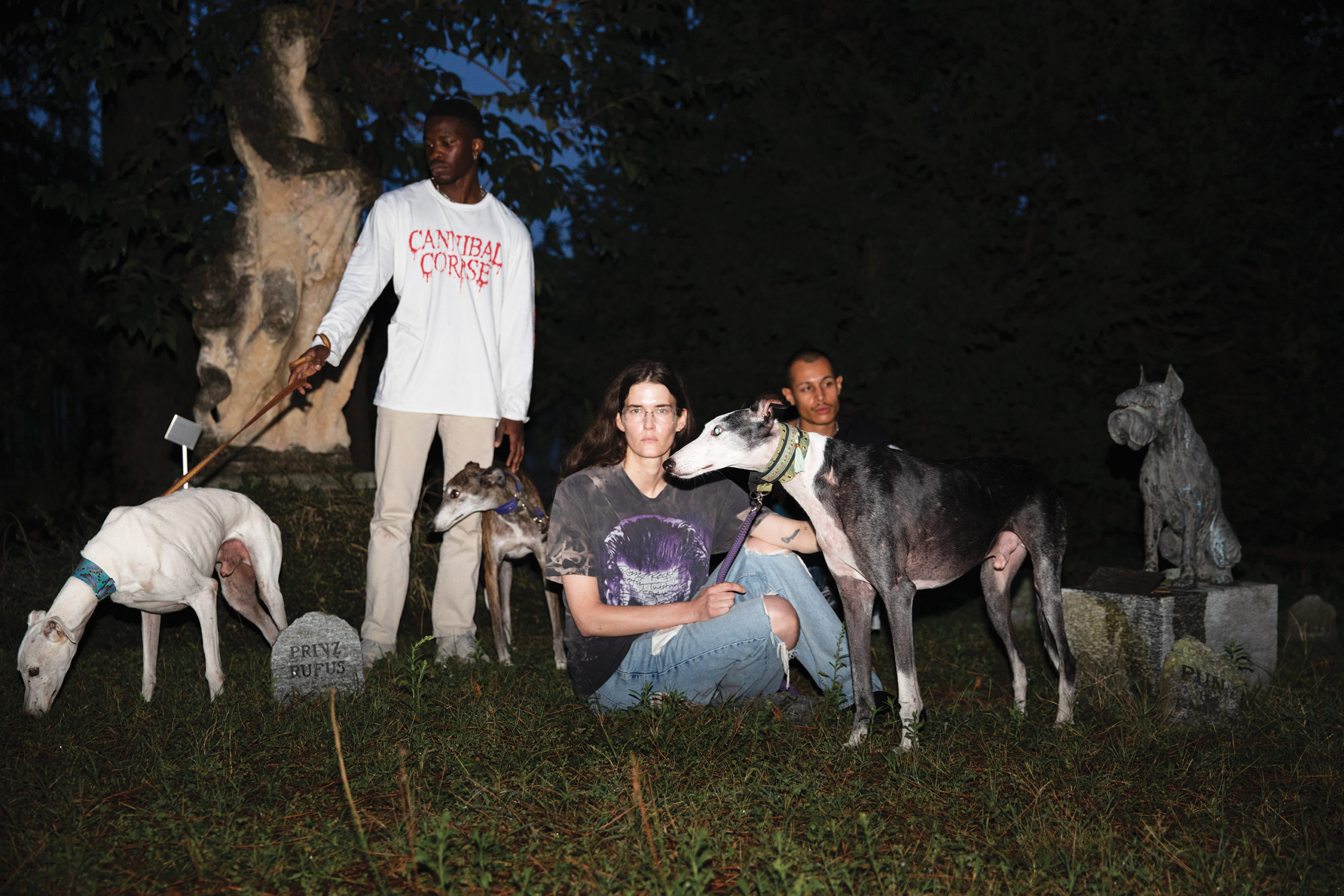 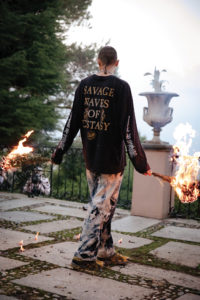 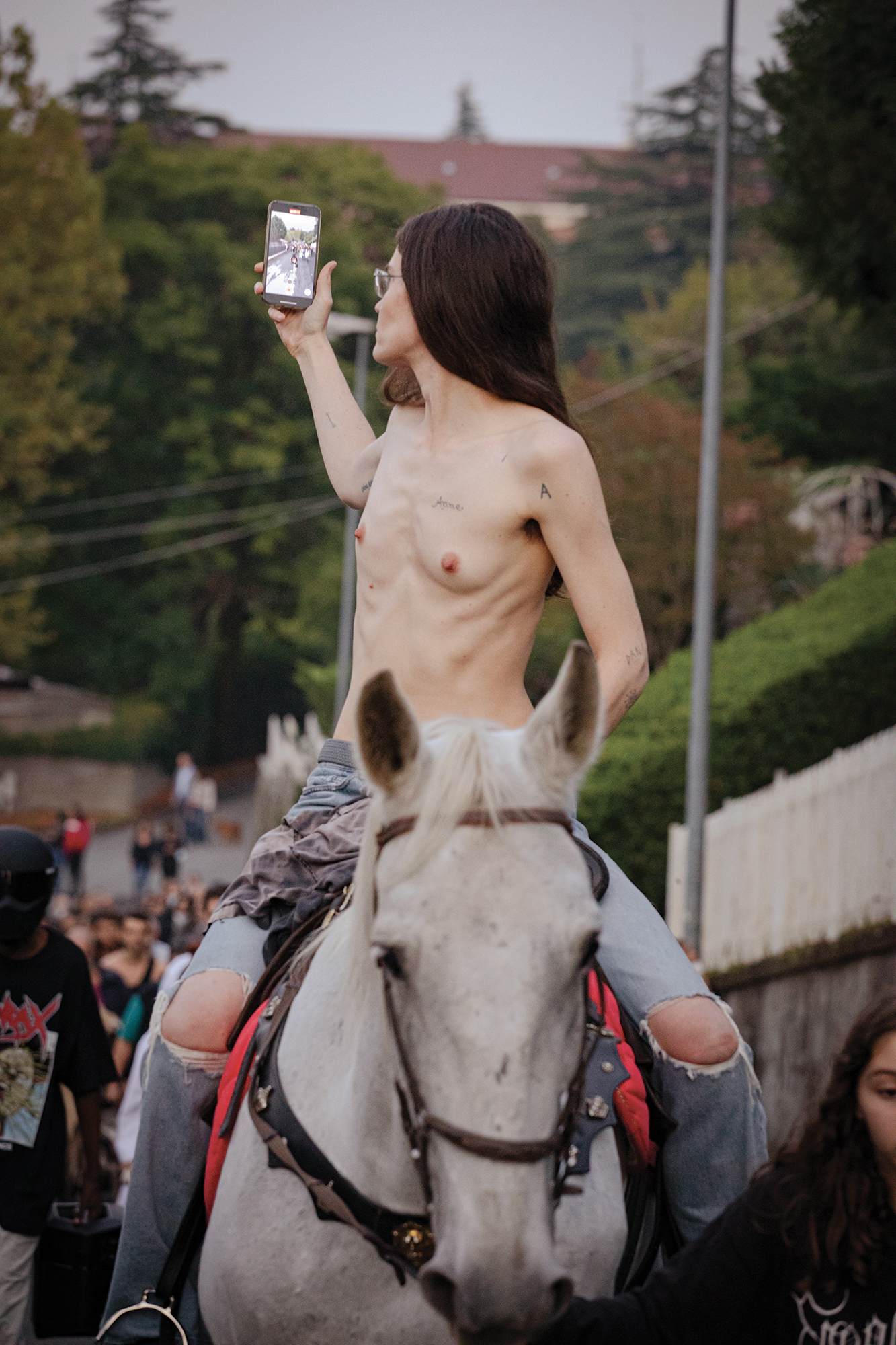 ART AND BEYOND: ANNE IMHOF
Text by Achille Bonito Oliva

ANNE IMHOF
(b. 1978, Gie˚en, Germany) lives and works in Berlin and New York. Her paintings, sculptures, and performances have been shown internationally in numerous monographic exhibitions including at Palais de Tokyo, Paris, Castello di Rivoli, Rivoli-Turin, the Art Institute of Chicago, Tate Modern, London, and the German Pavilion at La Biennale di Venezia. Her second album of music, SEX, written with Eliza Douglas and Billy Bultheel, is now out on PAN.

ACHILLE BONITO OLIVA
is one of the most important art critics of the 20th century. His critical writings and exhibition essays, curatorial inventions, and intellectual provocations constitute a dynamic whole characterized by a constant relationship between work and image, performativity and straight communication, and by a concern for the increasingly wide-ranging crossover of art and life.