On the ground floor of Sprüth Magers, Los Angeles, large wall-based sculptures circumscribe the gallery space, composed of impossibly thin limestone panels atop honeycomb aluminum structures. Swirling constellations of fossils are embedded within each panel, as is the cryptic logo of the New Jersey Transit commuter rail line (with its interlocking “N” and “J”) that connects the state’s cities and towns with the New York City metroplex. The works’ thick aluminum substrates, which protrude from the wall, lay bare the industrial, fabricated nature of each sculpture, as do inlaid screws, whose placement across one of the stone panels recreates—on a one-to-one scale—those found around the windows of a New York MTA subway car. This same arrangement is materialized in pink coral inlay in several other panels.

These machine-made elements of Gaillard’s new sculptures contrast with the natural aura of the stone itself, which ranges from smoky black to yellow-gold to delicate pink, and whose fossils testify to the existence of an ancient ocean bed at their original quarry sites across what is now considered Asia. Colorful and vibrant in their fossilized patterns, the limestone veneers seem to grow outward from the wall like a layer of sediment atop the aluminum panels, mimicking a natural growth overtaking an industrial ground. The title of the exhibition, Reefs to Rigs, is a nod to the long-running project Rigs to Reefs, which leaves decommissioned oil rigs intact so that they might harbor new layers of coral and other forms of marine life. By flipping the phrase, Gaillard in turn imagines a cyclical reversal of this purportedly beneficial, but politically fraught, program.

The pulsing beat of steel drums urges visitors upstairs to encounter Ocean II Ocean (2019), Gaillard’s film that premiered last year in the 58th Venice Biennale. The film is divided into two main sections that follow upon each other in an infinite loop. In the first, Gaillard’s camera focuses on fossils encrusted in the underground walls of metro stations in Russia and the former Soviet Bloc, such as Moscow, Saint Petersburg, Kiev, Tblisi, and Berlin. Constructed by the Communist Regime as a propaganda tool to celebrate Soviet power and ingenuity, the stations are clad in marble quarried from various Soviet mountain ranges. As in Gaillard’s new sculptures, the fossils speak to the prehistoric, watery histories of the sites that generated these materials; brought together from so many different places and periods, they coexist in these final, politically loaded locations.
The other half of Ocean II Ocean follows MTA subway cars on a journey across tracks, through bridges, onto barges, and then out to sea, ceremoniously dumped into the Atlantic Ocean in an effort to benefit aquatic life— glimpses of an artificial reefing program whose goals in many ways mirror those of Rigs to Reefs. Diving below the water’s surface, the camera captures marine animals moving among the steel carriages. Moreover, the frenetic energy of the film’s soundtrack, produced by Gaillard from samples of recordings of a steel pan orchestra, connects these stainless steel carcasses with the percussive sound of steel, as if its vibrations might be emanating from the train cars themselves. Known for their carnivalesque echoes, steel pans are historically from Trinidad and Tobago and traditionally made from discarded oil barrels, whose original contents relate both to the creation of fossil fuel and to the contemporary pollution and demise of underwater life. Connecting Ocean II Ocean’s two segments is a lush, albeit deceptive, vortex that is revealed to be a stainless steel New York public toilet, mid-flush. Its flowing movements link the work’s segments and avert any breakage in sound or image, emphasizing the cyclical nature not only of Gaillard’s film, but also of the shifting cycles of draining and rising that the world’s oceans have experienced and continue to undergo. 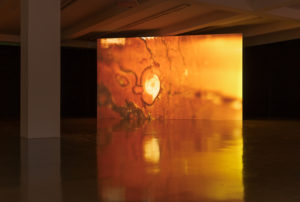 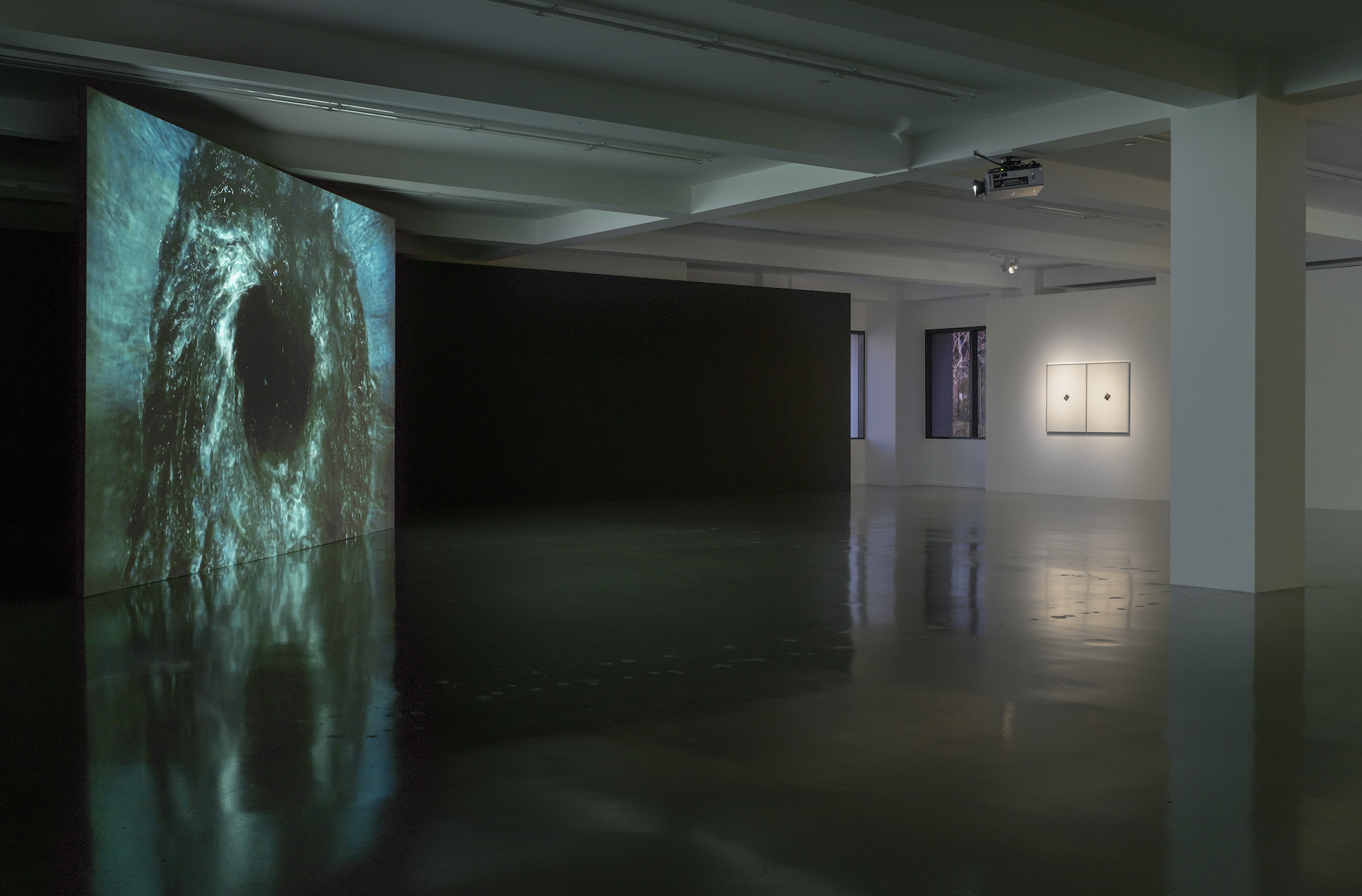 In a series of new Polaroid diptychs, Gaillard pairs views of public restrooms with double-exposed compositions shot in Stockholm that extend the layered impulses of the film and sculptures. Glimpses of Sea God (Sjöguden), a public sculpture by the Swedish artist Carl Milles, meld with images of the Stockholm underground, creating two layers of visual sedimentation. The subway stations’ staircases and platforms seem to stream in and out of the sea monster’s mouth.
Connected both thematically and materially, Gaillard’s film and sculptures make apparent the recurring, tidal movements both of oceans and of the earth’s interactions with human history. Geology is corrupted, brought down to a mundane urban context, and elements are displaced and transformed over time. Water and shells, through fossilization, naturally become stone and fuel; which are in turn carved and pumped out of the earth via human extraction and technology; only to be shipped around the world and then returned to a subterranean existence in the walls of subway stations and the ocean floor. At the same time, Gaillard’s new bodies of work look past the confines of human time frames toward the deep time of geological consciousness, considering a past that extends far beyond human existence, and perhaps a future that does as well. 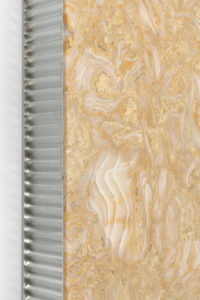