Bits of poetry from the Internet coupled with whimsical, damaged, cut-out and patched up forms result in hybrid sculptural pieces. Indifferently garnering junk, his installations – composed of materials whose organic and anarchical characteristics reflect those of social movements – yield changing bodies.

For his solo exhibition at Le Plateau called O’ Ti’ Lulaby, David Douard transforms the exhibition space by integrating architectural elements -railings, net curtains, screens, partitions and blinds – rather reminiscent of the surfaces of screens in a quasi-virtual relationship with space and playgrounds fenced with certain urban interstices.

These multiple spaces play on superimposition and transparency, rich in frameworks and layers that accentuate the undulating and moving effect of the images, objects and bodies. 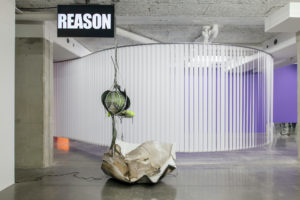 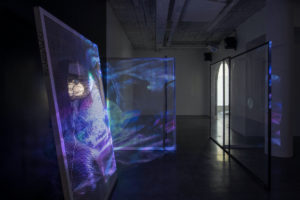 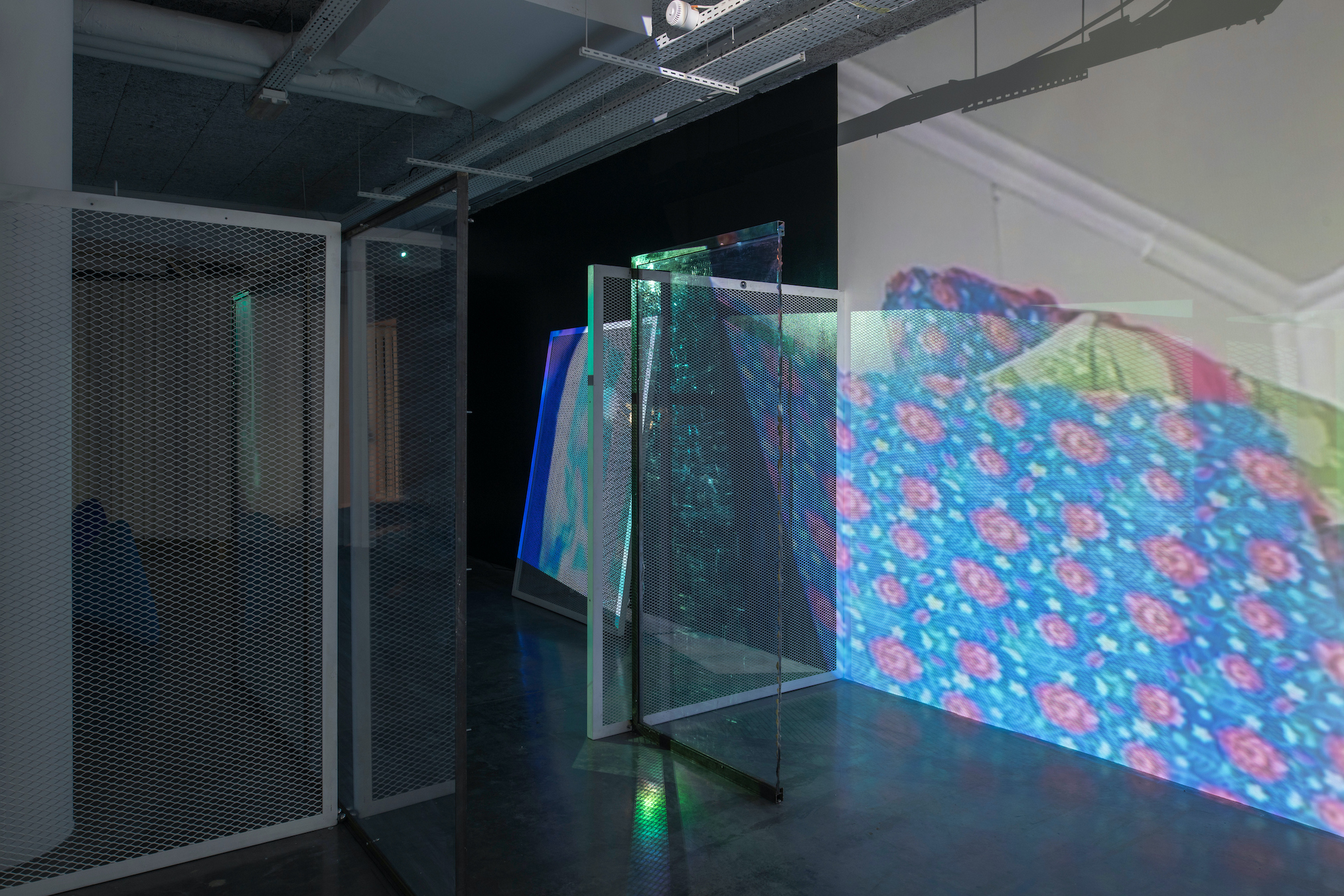 The site is therefore covered with a patchwork of sensitive and architectural epidermises, like a body with vital areas that are alternatively dormant or awake and activated by a myriad of flows.

Representation of the self and an emerging identity outline the glossy reflections of overexposed introspection. Breathing, language and his stutter are also insinuated in various forms – cut-up voices and words, fragments of writings – and this little refrain seems to mirror a collective voice that defies any categorization.

In this universe, the structure equally partitions and reveals, hides and yet is assertive, and the anthropomorphic objects that intervene desert the partitions in favour of a fragmented centrality. The hindering and constraint of bodies are central to this individual and collective immersion where information, objects and figures echo both control and the subversive power of images and language. 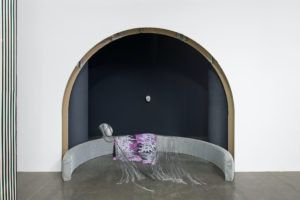 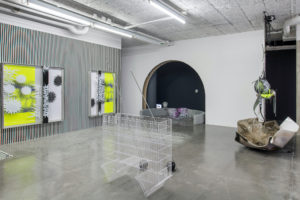