In DS, on view at Deborah Schamoni, Davide Stucchi extends his long investigation into sculptural dematerialization, affect, and the body by way of fashion. A system of objects and signification usually indicating the presence of bodies, the artist presents a mise-en-scene of material absences – instead conjuring fashion through light, sound, and object choreography. Five new sculptural light mobiles crafted from generic clothes hangers are mounted from the ceiling of the main gallery space in a configuration exactly mirroring the light sources in the artist’s own apartment in Milan. Overlaying one space into another, the mobiles function as points of fixation in an invisible psychic floor plan; each holds its own distinct light bulb so as to emit different glows as it rotates slowly and casts a shadow, like absent bodies in motion. In an otherwise empty gallery, these subtle domestic assemblages become charged with symbolism and take on a life of their own. Long electricity cables encroach along the wall and up the stairs, like a network of energy for choreography of missing humans.

In the hands of Stucchi, the clothes hanger is sublimated as sculpture in numerous directions: anthropomorphic, gestural, totemic. By playfully evoking the formal principles of Arte Povera, the artist teases out its most ephemeral qualities often underappreciated by art history. 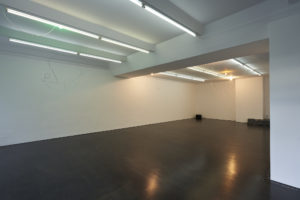 A newly commissioned soundtrack by artist, composer, and DJ Lukas Heerich plays intermittently on speakers in the whole space of the gallery. Mash-ups from fashion runway soundtracks are manipulated to be perceived as if they were playing in another room or from afar. The collaboration has developed out of Stucchi’s more than year-long obsession with and collecting of bootleg runway soundtracks from the internet, and his thinking of them as signifiers of absences: fashion without clothes, images, even bodies. “I listen to music specifically produced for the fashion industry, for clothes, and hence, for the body,” the artist mused in a recent text. “By listening to fashion show soundtrack, traces of absent bodies manifest themselves and can be heard moving. Camera shutters, the voices of the audience and finally the applause—which tries, like us, to reach those bodies that cannot be seen.”

The runway soundtrack as a “supporting element” of fashion echoes the humble function of the clothes hanger, which holds our sartorial skins as they are bought, transferred, or stored. Like fashion shows, hangers mediate between production and consumption of fashion. This most banal of household items has hardly changed since its invention as a “space-saving” device at the dawn of the Industrial Revolution, yet remains ubiquitous in the fashion industry as well as in our homes. In the hands of Stucchi, the clothes hanger is sublimated as sculpture in numerous directions: anthropomorphic, gestural, totemic. By playfully evoking the formal principles of Arte Povera, the artist teases out its most ephemeral qualities often underappreciated by art history. Stucchi’s art is an exercise in conjuring past intimacies, feelings, movements – a psychic dimension concretized in space. 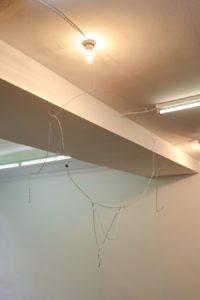 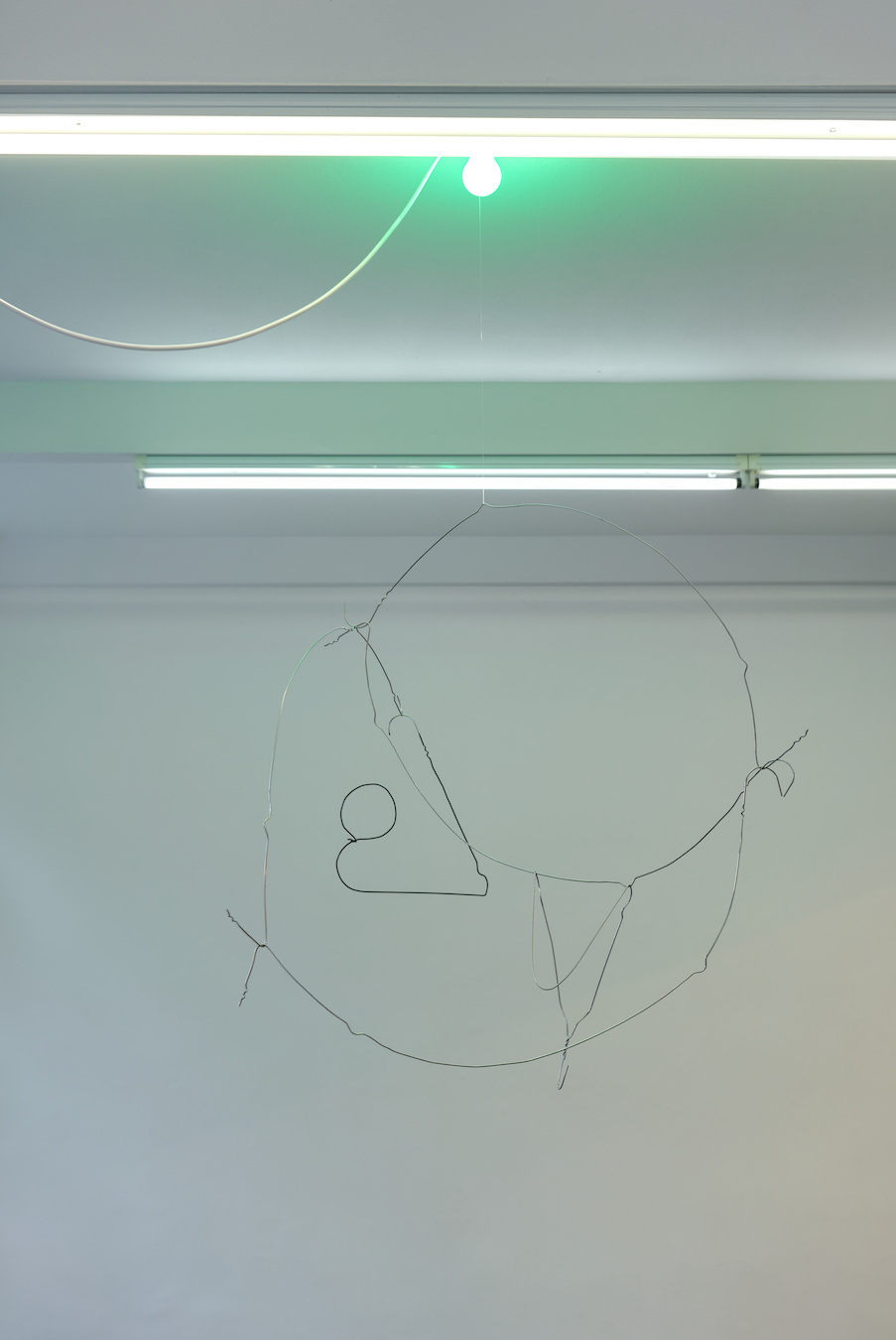 All images:
courtesy the artist and Deborah Schamoni
Photos by: Ulrich Gebert