Di semplicità e di brivido consists of a dialogue, suggested in a non-dogmatic and non-philological way, between 25 works by one of the most important painters of the 20th century in Italy, Filippo de Pisis (Ferrara, 1896 – Milan 1956), and the works of seven international painters – Richard Aldrich (Hampton, 1975), Michael Berryhill (El Paso, 1972), Luca Bertolo (Milan, 1968), Paul Housley (Stalybridge, 1964), Merlin James (Cardiff, 1960), Mairead O’hEocha (Dublin, 1962), Maaike Schoorel (Santpoort, 1973) – invited to establish an interaction with the works of de Pisis, in order to bring out certain aspects of timeliness in a less well-known portion of his oeuvre, belonging to the period from the 1940s to his death in 1956. 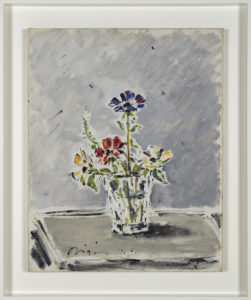 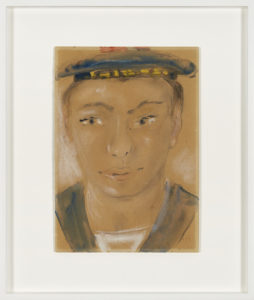 The pieces by de Pisis are presented along two lines of research. On the one hand, the drawings and works on paper, mostly depicting human figures, whose subjects are the bodies of the young men desired and loved by the artist, recorded with immediacy and loose contours, seeming to fade into the surface (“legs, arms, feet, hands, eyes, throbbing,” de Pisis himself writes in one of his many poems). On the other, a series of paintings all made in the final phase of his career, from his return to Italy from Paris and his hospitalization at Villa Fiorita. This “later style” (as Edward Said called it) is marked by a leaning towards mixed media (oils, ink, pastels and pencils), the accentuation of an expressionistic and at the same time syncopated character; by the emergence of more liquid lines, marks and signs, assertive and fragmentary; by the tendency to reformulate his language, also by means of gaps, omissions and subtractions, and an immediacy in relation to the subjects; by an apparent naïveté and a certain agitation or quality of outburst; by a lacerated and depleted form, with an even more vivid disjunction between the planes of the image and its proportions, which had always been one of his characteristics. This is the period in which that “bleeding sense of humanity” described in 1947 by Giovanni Comisso, a close friend of the artist, emerges most clearly, “a bleeding sense of humanity with respect to all the collapses of life, to all fragile beauties and tender hopes.” 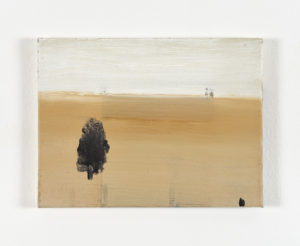 Di semplicità e di brivido – de Pisis himself used these words (“of simplicity and thrill”) in 1949 to define the essential constituents of his own recent style of painting – sets out to avoid any theoretical rigidity, instead becoming a sort of score in which de Pisis offsets the invited artists, and vice versa. The dialogue can of course unfold in faint recurrences of subject, but it develops above all from an idea of impulsive, automatic and at the same time apparently unresolved, contrasted and “provisional” figuration, aspects that were always at the center of de Pisis’ later style, and of some of the most significant research conducted on his painting in the present.