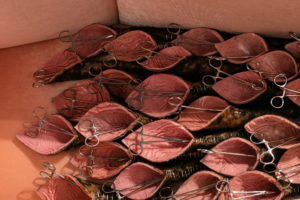 In The Body Keeps the Score, psychiatrist and author Bessel van der Kolk describes the pain of intergenerational trauma: “the past is alive in the form of gnawing interior discomfort.”[1] This brief quote offers an aperture through which we might begin to understand the work of New York-based artist Doreen Garner, who, drawing on deeply painful events in US history, creates sculptures that address timely concerns with race, gender, and national identity.

the artist has stated, a change her work brings about through a reckoning with the past, especially pertinent in our current times of the Black Lives Matter movement and the fight against white supremacy and systemic racism.

Abject and visceral, Garner’s sculptures resemble cleaved chunks of flesh or amputated body fragments. Morbid, repulsive, yet also somehow alluring, they are typically made of glistening silicone or epoxy putty studded with pearls, synthetic hair, and glass beads. While they might bring to mind Lynda Benglis’ oozing spills or Eva Hesse’s caked surfaces, her wounded objects are closer in proximity to Paul Thek’s ‘meat pieces’ or Alina Szapocznikow’s Tumors. In Garner’s hands, the body is misshapen and splayed with forceps, staples, needles, and pins that together suggest spaces of surgery, BDSM, and horror. Seldom stand-alone or abstract, Garner’s titles point squarely at their historical references, often women—‘Henrietta’, ‘Anarcha’, ‘Betsey’—whose stories Garner brings alive in the present. 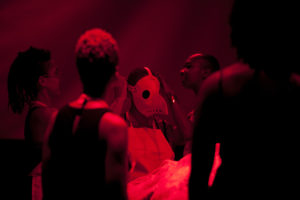 Over the last two years, Garner has created a deeply powerful body of work that delves into the atrocious history of medical malpractice perpetuated against Black women.

Three exhibitions—two at JTT, New York and another at CAPRI, Düsseldorf—have centred on the, until recently, widely celebrated American physician J. Marion Sims (1813-83), as well as the life stories of Saartjie Baartman (1789-1815), a South African woman exhibited in Victorian freak shows in England; and Henrietta Lacks (1920-51), an African-American woman, whose body, without her consent, has provided the first immortal cell line used in scientific research. Sims—still referred to by the dubiously attributed misnomer of ‘the father of modern gynaecology’—developed several surgical techniques by operating without anaesthetic on enslaved black women, such as Betsey Harris and Anarcha Westcott (c. 1828-unknown). The two-sided sculpture Betsey’s Flag (2019) refers to two women: Betsey, upon whom Sims performed involuntary operations, as well as the white American Betsy Ross (1752-1836), credited with making the first American flag. One side is immediately recognizable, made of 13 stripes and a circle of stars. However, the red, white and blue are replaced by alternating bands of light and dark browns, a muted shadow of Ross’ 1777 flag. Seen up close, the surface discloses more detail: the flag appears to be an exquisite corpse, made of strips of female flesh. Nipples, vulvas, and navels are stapled together, a tribute to the many anonymous Black bodies lost in the Middle Passage, on plantations, and forcibly exerted upon on the operating table. A lurid orange peeks through the incised stars, and seen from the other side, the work’s verso shocks with vivid bright colors, as if a raw wound opened before us—torn fat tissue, bits of muscle, fiber, and gland. Anarcha’s Tomb: Anarcha’s Womb (2019) references Anarcha Westcott, another enslaved woman upon whom Sims performed thirty experimental surgeries. Taking the form of a coffin raised on two trestles, the sculpture could be considered a belated memorial, especially as no graves mark the final resting places for neither Westcott, Harris, nor many of the other figures referenced by Garner. Within the lushly padded casket, its lid slightly raised, we find no corpse but several flesh-colored pieces of silicone, flayed open as if dissected vaginas, each with a pair of forceps forced inside. Somewhere between a horrific bouquet of anthuriums and a group of sacrificial offerings, the sculpture conjures a body that has been abused, disrespected, and lost. The wall-mounted sculpture Henrietta: After the Harvest (2019) similarly memorializes a person whose body has been lost to the past: Henrietta Lacks, who sought treatment at Baltimore’s John Hopkins Hospital for vaginal bleeding, and despite surgery, passed away. Wounded and sore, the sculpture shows a barbed wire-wrapped cervix, affixed with hospital vials and blackened markings symbolizing Lacks’ radium treatment. Despite her passing, Lacks endures till today through the HeLa cells (named after the first letters of her name): an immortal line of cells harvested during her biopsy. The cells have continually been used to test the effects of drugs on cancers, AIDS, as well as for gene mapping.
In April 2018, following calls by activists including Garner, New York City authorities removed Sims’ statue from Central Park—just one of the many monuments commemorating racists who profited from violence and enslavement that have been toppled in recent months across the US and abroad. Together with Kenya (Robinson), Garner recreated the statue using its 3D model and made Skin of Poneros (2017), a silicon cast of the statue—a skin devoid of the body. Before a gathered audience, Garner, together with a group of Black women who served as her body cast models, performed a vesicovaginal fistula closure on Sims’ silicon shadow. Splayed open and probed with an endoscopic camera (with images projected live), Sims’ skin was slit with scalpels, held back with retractors, and preyed open for all to see. Titled Purge, the performance articulated a powerful reversal and an overdue retribution. Describing the event, Garner admitted that “I’m a black woman horrified by these actions and yet I have to show all these actions so that it’s not a situation where people are able to overlook this information anymore.”[3] By dealing with the gnawing discomfort embodied by a fraught racialized past, Garner is a crucial voice among a younger generation of artists (such as Carolyn Lazard and Sable Elyse Smith) whose work demands a careful estimation and correction of the deeply problematic atrocities inflicted on Black bodies and the ongoing glorification of their white perpetrators. 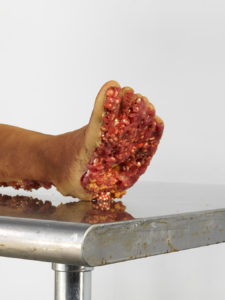 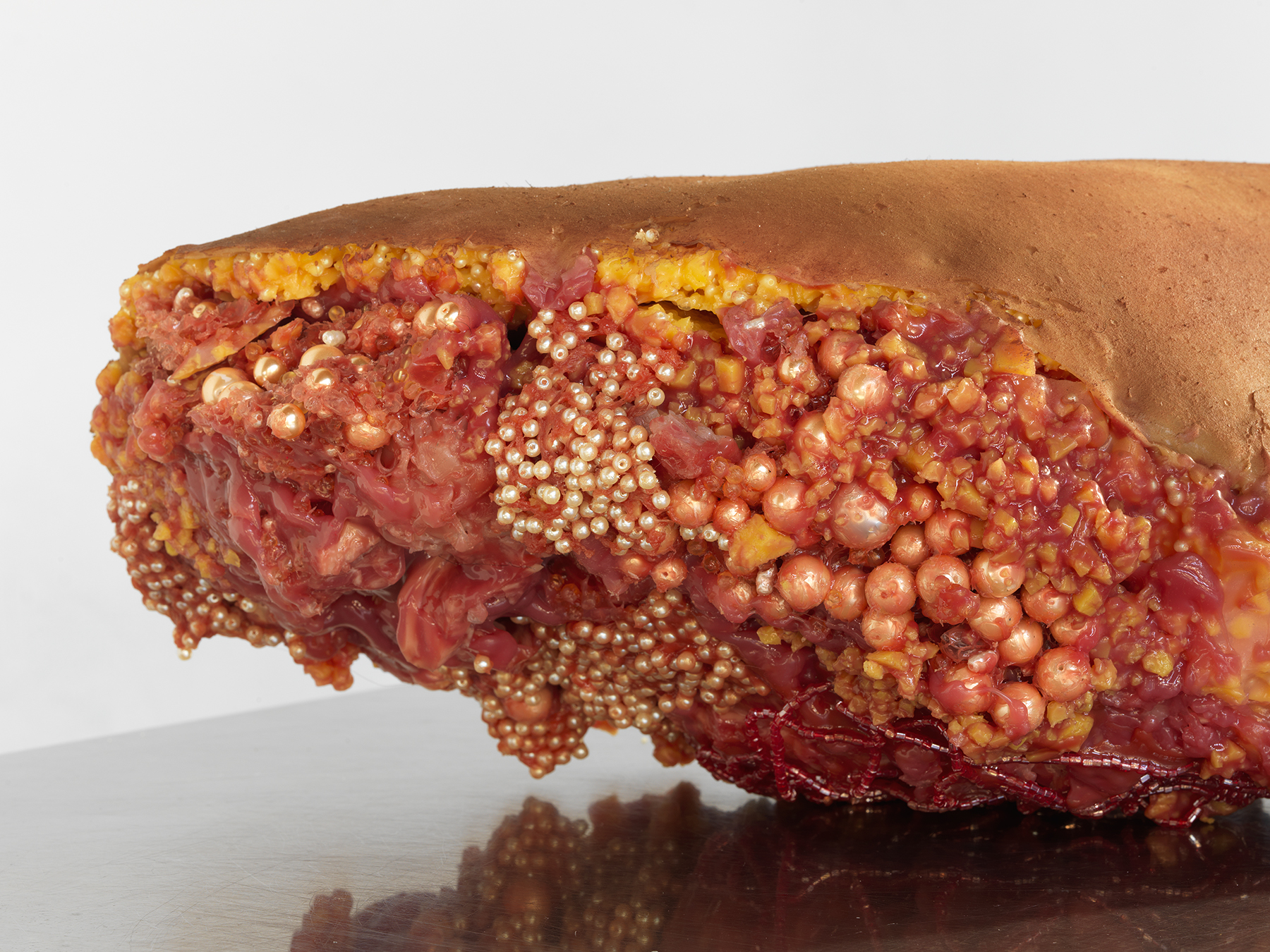 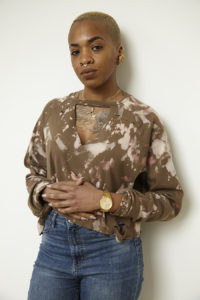 CREDITS:
All images Courtesy: the artist and JTT, New York

DOREEN GARNER (b. 1986, Philadelphia, PA, USA) lives and works in Brooklyn, NY, USA. In 2020-2021 Garner’s work will be featured in the 7th Athen’s Biennial as well as the Museum of Contemporary Photography in Chicago. Recently, Garner performed at MoMA PS1 and a solo show of new work at JTT, New York, her second with the gallery. Previous exhibitions include solo or two-person shows at CAPRI, Dusseldorf, Pioneer Works and the Museum of Contemporary African Diasporan Arts in New York, and group exhibitions at Socrates Sculpture Park in Queens NY, Artspace in Sydney, Australia, and The National Museum of African American History, Washington DC.

PAVEL S. PYŚ is Curator of Visual Arts at the Walker Art Center where he has organized exhibitions and projects across the galleries, theater, and Minneapolis Sculpture Garden. Between 2011 and 2015, Pyś was the Exhibitions & Displays Curator at the Henry Moore Institute in Leeds. In 2011, he was the inaugural recipient of the Zabludowicz Collection Curatorial Open and curator in residence at the Fondazione Sandretto Re Rebaudengo.