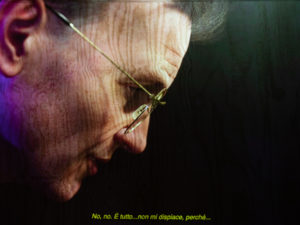 In The Worm, the English artist Ed Atkins presents a telephone call with his mother. She is heard but not seen, while Atkins is rendered, by way of performance-capture technology, as a digital avatar who listens attentively, mumbling agreement, sympathy, or surprise by turns, asking a question only when her narrative falters. Aurally close, the mother is spatially distant—The worm was made during lockdown—while the son is almost too present on the large screen – there are extreme closeups, odd angles, abrupt cuts, awkward gestures, and unconscious tics – even though we know it is not truly Atkins that we see. His double, a three-dimensional, off-the-shelf 3D model, is no double at all: the artist appears as a natty television host in a dark green suit with wire-rim glasses. The mum talks about her family–some about her insensitive father, more about her depressive mother–and how she took on the worries of the latter, especially about “lovability,” to little avail, mostly because such cares could not be expressed openly (depression was euphemized as “weekend letdown”). The theme of her reminiscences is the problem of emotional inheritance, in particular that of unhappiness, and we watch the avatar struggle to metabolize this misery despite the fact that he is not altogether human. “The way she talks about her mother, Nanny Bea, is how I could talk about my mother,” Atkins writes. “Thwarted artists, manic depressives, chronic dysmorphics through and through. All of which is hereditary poison.” This “empathy-mirroring” was arduous for both parties, a self-conscious performance, but it was “also love”. 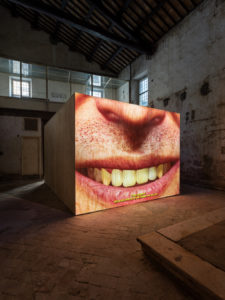 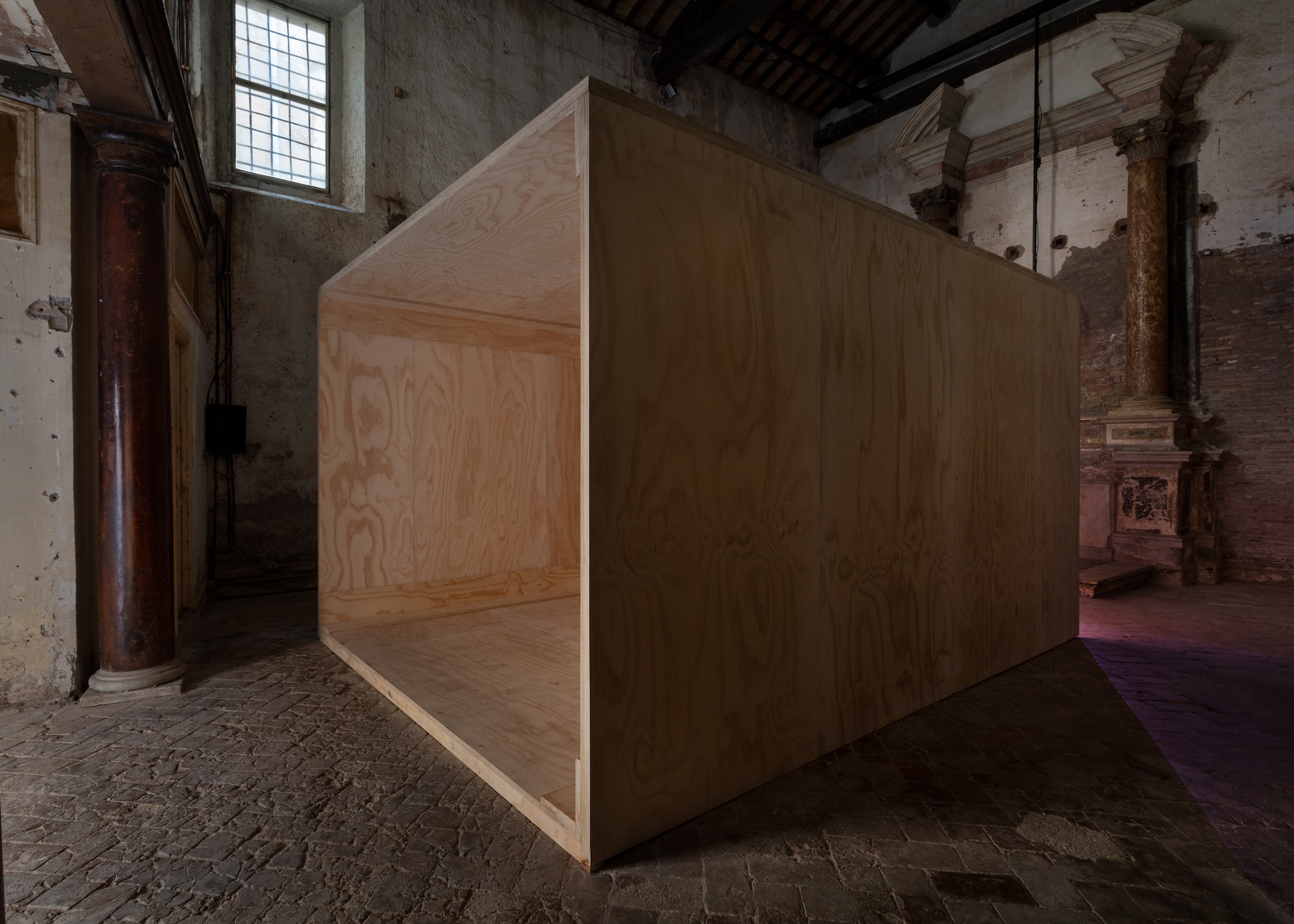 “Scrutinize the face that mine’s been mapped on to.”

Preserved in this exhibition, the central [film] presents a call home to mom. A conversation recorded and represented with the forefront of digital technologies, a collaboration with Nokia Bell Labs.
It’s sort of your worst nightmare, no? Your Zoom call made public – recorded by your telecom, by “Laboratories.” (Fitting for an artist whose work often draws reference to Frankenstein.) A message home, to mum, captured with every hiccup and hum.Technologically detailed. Every distending pause. Each inadequate response. [Incommensurate to a mother’s love.] Your sorries, mums, “huh”s, blemishes, smears all on the screen. That face stuff you leave on iPhone’s glass. Preserving your rotten humanity for the aquarium life of artistic tapping. The phone call is set in the [place] of a dying man. Atkins digitally transplants his avatar into British playwright Dennis Potter’s final interview. (Cancer, terminal. 3 months left.)

Sipping morphine laden champagne. (A drink competing with Romeo and Juliet’s poison for literary aura.) A skeletal staging. The interview is as tragic as it is affirming. In these somewhat final hours Potter talks about seeing the spring blossoms, about the living present, about – in varied tenses- life. It makes you want to call home. Make an Icarus-like attempt at reaching its high. To reach the bright sun of something real, a true presence. A phone call placed into purgatory, Reminiscence itself an attempt at preservation, injecting nostalgia as a chemical technology for recruiting the past, glean something from what brought us here. Suspended between. Our lives continually distended, paused, waited for. This is it. This is life. Looking back while the next step is so close. But this phone call won’t end. The conversation will repeat. This distance is painful, magnified. Preserved.

– Extcerpt from the exhibition pamphlet