ONE’S HAND AS THE OTHER
Text by Anna Gritz 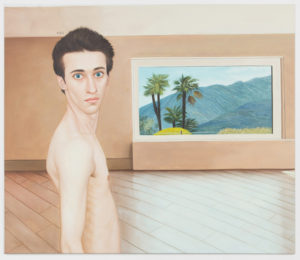 Listening to a reading by Maggie Nelson at the Los Angeles Public Library recently jogged my memory to recall my (pubescent) longing for my own hands to feel like the hands of another—to be simultaneously both myself and someone else. In the text Nelson recollects her own coming of age, her wish to grind, and her love for Prince and his epic 1984 song Darling Nikki in the haze circle of her father’s death. 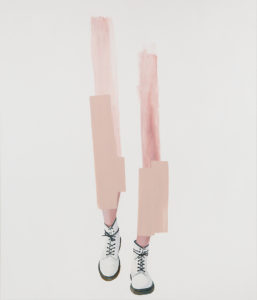 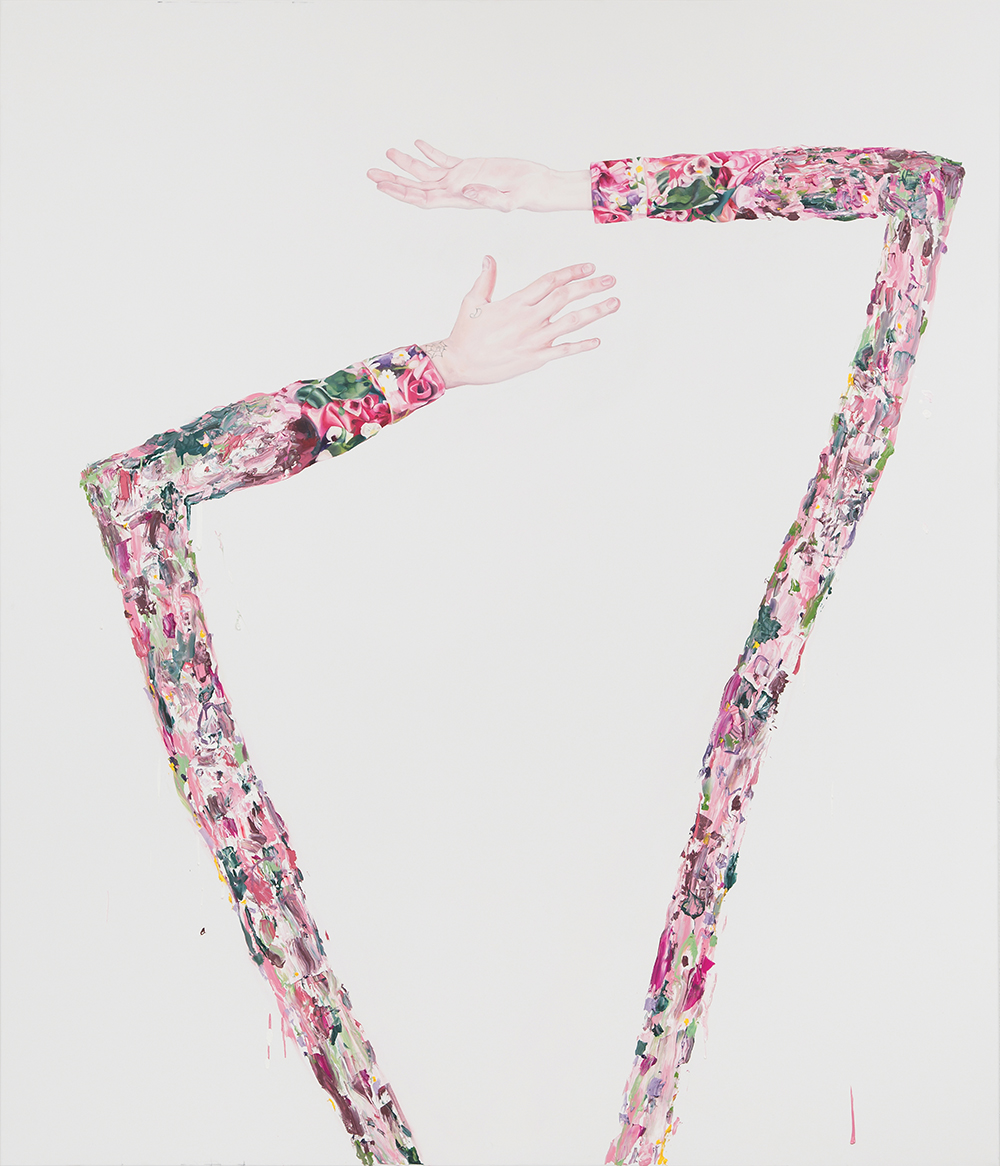 Nelson describes Prince’s signature move when performing the song, making his hand look like the hand of another, slowly and seductively creeping down the side of his face—a move that electrified a generation and that would be imitated in front of bedroom mirrors and on dance floors for decades to come. Nelson sees the hand as Nikki’s hand and writes: “It’s Nikki’s hand, it’s one’s own self-pleasuring hand, it’s creepy, one’s own body made other. It’s self-seduction, a magic trick. It’s the masturbatory dream, that one’s hand could feel the way the hand of another feels on you.”1 Making oneself a stranger is not merely a tactic to get rid of oneself, much more it marks the desire for a relationship with the aspects of one’s identity that lie outside of our immediate reach. Curiously, it appears that sometimes we may well need another to enter into this relationship, to reach the other within us.

In a recent body of work the artist Eliza Douglas produced paintings of hands and feet in various engagements and styles and with varying accoutrements. Douglas, an American artist born in 1984, who is currently studying at the Städelschule in Frankfurt, only recently came to painting. After stints as a musician and social worker in New York, she left the city in a state of crisis, to make art. The anxieties about the audacity of being/becoming an artist were overwhelming and in an interview with the poet Eileen Myles, Douglas writes: “Since I was taking this plunge, which felt suicidal, I figured I might as well go all the way and be a painter. Along with its weighty history, painting is particularly polarizing. Choosing painting was the ultimate way of exposing myself. It felt like a region in which there would be no buffer, nothing to hide behind.”2 And yet it appears that there was the need for an interlocutor to create the conversation Douglas wanted to have with herself and her art. Resultantly she introduced other painters into her process and asked them to reproduce her hands and later feet in a naturalistic style and in erratic constellations on large canvases that left a gaping white space where the connecting tissue of the missing body would have been. Douglas then paints in varying styles and techniques the physical connections, often through harsh gestural brush strokes and marks reducing whatever may be connecting the extremities to gooey stick figures without heads or torsos. 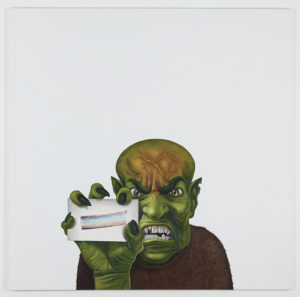 The carefully crafted reproductions of the artist’s extremities are reworked by her own (hand), allowing for a curious self-portrait, a doubling of the subject and its maker in both style and content. At times the hands present in the paintings multiply suggestive of several people or multi-armed creatures. In others paintings the connecting brushwork reaches outside of the canvas, almost as if Douglas wanted to reinstate the empty canvas as a stand in for her missing body. Douglas also invites another form of reading that succeeds the gestural expression through the selective inclusion of accessories and pieces of clothing. There is a dimension of personal style visible in the paintings that stand out in the large blank space around them. Sport socks, denim shirts and white Dr. Martens lace-up boots speak to a fashion that is datable and rooted in a sensibility for what is current and that enhances the attitude that is evident in the gestures depicted.

The gesture to give away a part of one’s process and then to re-engage with the estranged severed bits is reminiscent of Prince’s stranger hand. Douglas’ paintings are made strange through the outsourced depiction of her limbs. The painted line crumbles once returned to Douglas’ hand, the detailed depictions fray, patterns become patches, skin and fabric are stretched into strokes. The quickly drawn connecting lines, dripping strokes, and patchy Impressionist brushwork speak of a dissolution that is held together by expression and speed. Myles described the works as letter-like and sporty and I concur that there is a communicative athleticism to them. The lines are decisive in their negotiation of the empty canvas, suggestive of an emphatic signalling and dynamic body language. “Who runs may read,” said Brion Gysin, and maybe it is the poetic dynamic that comes with fragmentation and speed that Douglas is after, the speed of the mechanical reproduction versus the handmade, which favors acceleration over intactness. Her interest in poetry becomes further apparent in the choice of her titles, titles such as The Cool Light of Dawn, I Really Mean It and Sparks Upon Your Face all stem from poems by the American poet Dorothea Lasky.

The channeling of oneself through another is a common trope, especially in poetry. Poets like Jack Spicer, Sylvia Plath and, above all, James Merrill employed strategies such as the use of chance, found language and Ouija boards to receive signals from beyond themselves and channel those into their work. Yet in addition to the reach outside of herself Douglas’ use of the hand as a gestural device also suggests an interest in the communicative potential in painting outside of the written word. I am reminded of the Italian artist Ketty La Rocca and her use of hands as part of a search for a language that avoided the clichés-ridden and male-dominated power structures that traditional letter-based language transports. La Rocca saw language as something that was both alien and hostile to women, using her art to form alternatives that would allow for a more authentic form of communication. Hands and gestures appear removed from the body in front of a black background and invite a reading of the patterns and symbols in the work with the use of one’s internal tools. La Rocca’s work suggests an internal set of signals that have the potential to communicate through the use of hands. She relies on a form of communication based on physical expression, the attempt to make sense of the body and its raw communicative potential, an aspiration that is also appears to be at play in Douglas’ gestural parsing.

So when Nelson slithers on her mirror in imitation of Prince she is grasping for the same conversational potential between what we know about ourselves and the unknown within us that appears to be at the center of Douglas’s painting—one’s hand as the other.

ELIZA DOUGLAS
ONE’S HAND AS THE OTHER