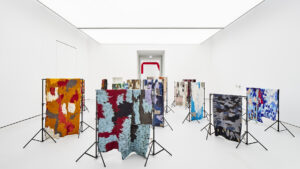 Hana Miletić is an artist living in Brussels and Zagreb with a background in documentary and street photography. Since 2015, she has been using photography as base for her woven works.
These delicate woven pieces tell tales about expansion and decay, about injury and healing, about connections across time and space. They form alternative models to the striving for efficiency and the breathlessness that characterize our society.
This is partly on account of the process that her works go through, but it also has to do with the technique she has chosen. It all begins with the artist’s making contact. While strolling through the urban space, she not only develops a feeling for it but also searches for indications of situations where there is upheaval, for processes involving transformations.
She feels drawn to urban development projects, new housing estates, quarters that have been abandoned or left behind. Hana Miletić captures these initial impressions and places in photographs. However, she is not content to focus solely on the monumental nature or distinctiveness of urban architecture and street furniture. Instead, she concentrates on details, the unfinished or incomplete. She looks for foil covers that were used temporarily or for protection, or poorly glued attempts to repair sections. Having first taken stock of a place and collected material, she follows this up by defining the topic and selecting the trivialities that are subsequently translated into woven forms. After all, it is precisely such trifles that form the main subjects for Hana Miletić in her perception of the spaces that humans live in and shape, and which then culminate in the actual works of art.
In this way, a tangled mass of plastic foil stuck together in a makeshift manner is transformed into a woven collage of differently nuanced pieces of material of different thicknesses – ranging from paper thin to opaque. Taped sections on streetlamps or car windows appear on the wall as an arrangement of colored stripes.
Weaving forms the central element of this process of abstraction – a technique that demands both know-how and dexterity but also something that seems strangely out of place today, namely patience.
Although weaving is primarily an artisanal and artistic practice it also holds a social dimension. Conceptionally, it enables Hana Miletić to reflect the implications of tying something together, of repairing something in a physical as well as a psychological way. Historically, weaving is both a female and male profession. Yet, it is mostly associated with women’s work. Miletić‘s adoption of this process in her artworks thus also emphasizes a feminist aspect.
Opting for such a technique automatically requires a strong passion for material, theme, and the work involved because it is an inefficient method when judged by our current purpose-driven understanding of the world; the result arise gradually and require a certain amount of time, calm, and skill. The artist is driven by a passion but also a deep conviction that these signs of change in urban space, ruptures in communities or personal encounters are worth being perceived and analyzed. She places these pieces of evidence above economic considerations. She captures them and makes them palpable and not simply as something visual but something to be grasped. It is a quality of Hana Miletic’s artistic practice to transform visual impressions into objects that can be understood.
The artist herself describes this approach as “moving from the head to hand and back to the head”. 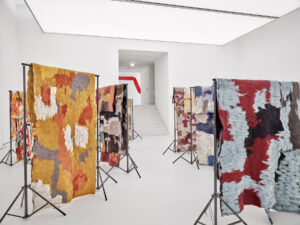 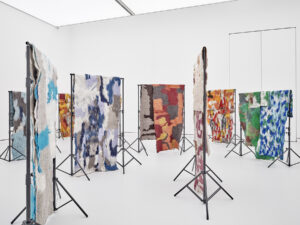 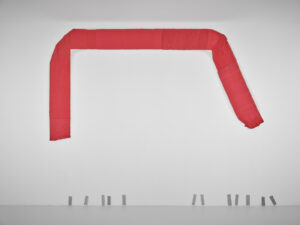 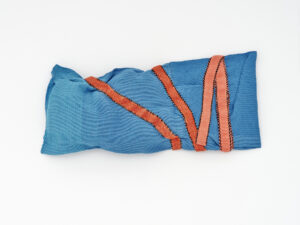 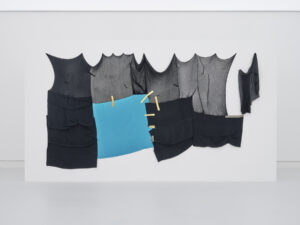 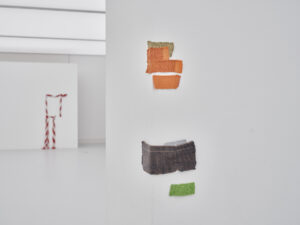