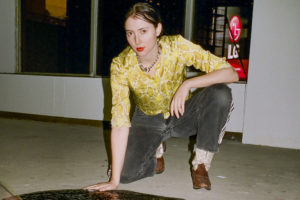 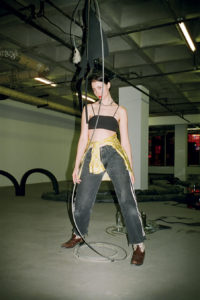 How do the byproducts of industrialization become embodied? What kind of models, in terms of presence and circulation, do these materials propose? Artist Hayden Dunham investigates these questions in her shape-shifting practice, which takes the form of sculpture, installation, performance, video, sound, and text. In our conversation, Dunham discussed the carcinogenic chemical C8, which was developed by 3M in the 1940s and later used in Teflon and other applications by DuPont. Not only is C8 found widely in the water supply, studies by the National Institutes of Health estimate that it is present in the bloodstream of 99% of the American population. Dunham is interested in how we co-exist and co-evolve with entities such as C8, while simultaneously considering how an art object can mimic such a substance’s form and movement.

These themes appeared earlier in Dunham’s career, through her pop star moniker QT. The project was a brand built by Dunham, with a hyper stylized look, a hit song, a music video and an energy drink called DrinkQT.

Dunham describes QT as a homogeneous feeling that inhabited the viewer. QT was packaged as part of the PC music trend, which helped QT move through the discursive space of the music industry. QT is an entity created by Dunham, propelled by the airbrushed sheen of formulaic commercial music that traveled to, through and within the audience as both audio and liquid.

Dunham says she carefully contemplates the container of her projects, whether they take the form of a stage or a gallery. Rather than approaching these spaces as a simply neutral, blank slate, she wields their built-in mechanisms. For her BIO:DIP exhibition at Red Bull Arts New York, sculptures containing liquid in various states—ice, melted water, condensation and vapor—sprawled on the floor of the gallery. At one point, the pools within the floor works changed color, alarming staffers. But, as Dunham explained to me, these unexpected changes are part of a work’s development. Chaos is a component of the system. 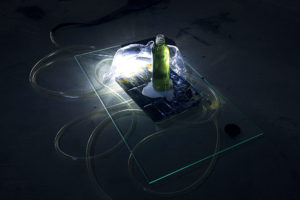 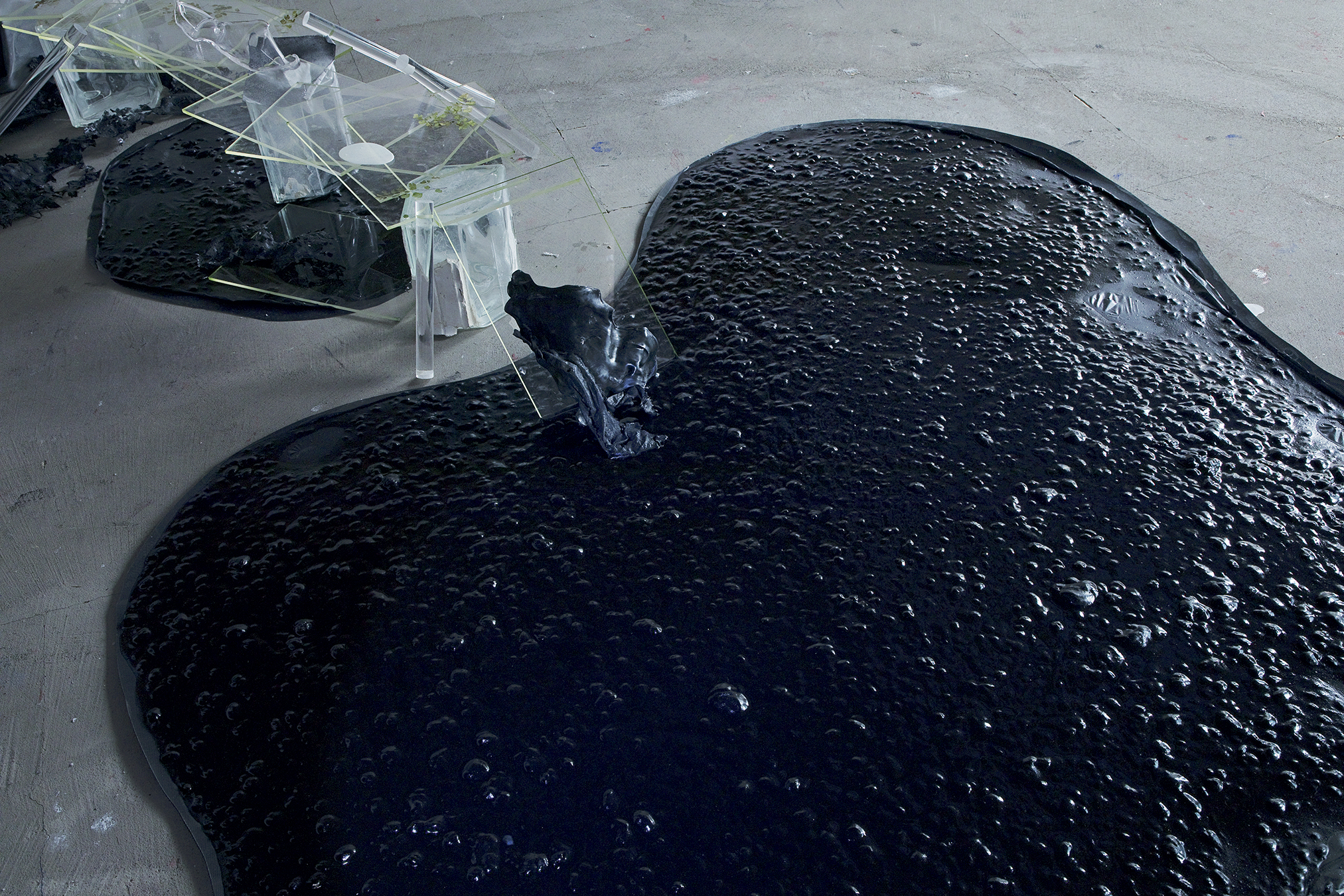 Building on her ongoing preoccupation with the flow of a work through its surrounding channels, bodily or otherwise, the artist turned her attention to oil. As a main driver behind late capitalism, oil filters into almost every aspect of contemporary life. Her Spring 2019 performance 7 Sisters at MoMA PS1 takes the ubiquitous presence of oil as a launching board for the project, which immerses the audience through a choreographed set of music, poetry, video and scent around her installations. The title refers to the Greek myth of the Seven Sisters, who Zeus turned into stars, and the shorthand used for the seven transnational oil companies who monopolized the industry for decades by signing the Iranian Consortium Agreement of 1954. The comparison recalls oil’s role in the history of illumination, where the petroleum-derived paraffin found in kerosene lamps was the primary source of light until the rise of electricity in the late 19th century. This invention extended the workday, and it is an indicator of oil’s key role in the advancement of contemporary capitalism.

The flipside to light is, of course, darkness. Dunham’s new work is imbued with darkness, not only as a refusal of a permanently illuminated (and thus productive) world, but also as a poetic gesture towards an existence outside oil dependence. Further, a health issue left the artist temporarily blind for five weeks, an experience Dunham describes as one that gave her an understanding of the depths and variations of darkness, on a somatic level, while heightening awareness of all her senses. She has attempted to translate the safe, calming sensation of this state to her work. As such, her recent shows at Club Pro Los Angeles, Canary for the Family, and Times Square Space in New York, inside darkness there are no lines, involved minimal lighting, if any at all. This act adds an intense stillness to the presentation, one that was dramatically palpable in the Times Square Space installation. A 77-foot immobile fountain snaked across the ground of the exhibition space. Black rubber and mica (a mineral) lined the piece, which contained a new chlorophyll-based material called HYD developed by Dunham. Seemingly motionless, the HYD formula slowly solidifies over the course of the exhibition. The dimmed space and slow temporality of the show harkens to an alternate world absent, or perhaps beyond, the accelerated churn of an “always on” present. 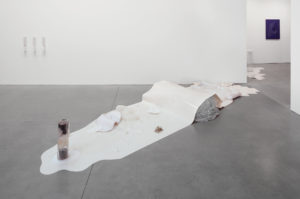 CECI MOSS is a curator, writer and educator based in Los Angeles. She is the director of Gas, a mobile, autonomous, experimental and networked platform for contemporary art located in a truck gallery and online. Her writing has appeared in Rhizome, Art in America, ArtAsiaPacific, Artforum, The Wire, SFAQ, New Media & Society and various art catalogs. Her first book, Expanded Internet Art: Twenty-First Century Artistic Practice and the Informational Milieu, is forthcoming on Bloomsbury.