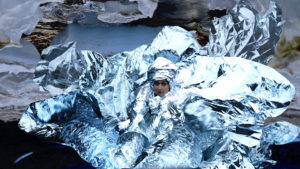 Himali Singh Soin is a storyteller. Instead of objects, she creates cosmological constructs. She nurtures and sculpts them like bonsai trees, and they take shape as either books, performances or conversations. Named after the third pole of this world, the Himalayas, Himali Singh Soin has a strong belief in the entanglement of ecological networks and folk mythologies. Her medium is language, as well as the familiar but alienating substance that encompasses everything that stretches between words and world.

The artworks cultivated by Soin are akin to hyperobjects. First described by Timothy Morton, a hyperobject is something humans may have created—for example time or climate change—that assumes an agency of its own.

For example, we are opposite like that meditates on ice as an archive of stories that risk being lost to glacial melt. “Calvino says that fiction is a way of participating in the truth. In a time where India is going through layers of censorship and deep fascism, the things that we wanted to say cannot fully be said. Telling stories from the voices of mountains, ice, air or more-than-human life becomes a way of telling our stories.” What started as a film is now an ongoing series of interdisciplinary works that comprises fictional mythologies for the poles, told from a more-than-human perspective of an elder, the glacial ice. An original score for string quartet creates an etheric soundscape of hissing glaciers and the hard timbre of the wind, interspersed with melodic fragments of Victorian composer Edward Elgar’s The Snow. Drawing on the disorienting fear of an invasive periphery, it is also a feminist take on typical male explorer narratives and colonial ideas through a fantastical lens. 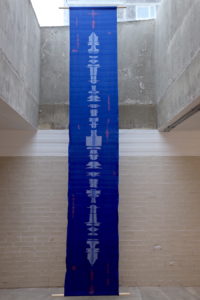 Mountain, pixelated in the water, 2021

The eponymous book is a collection of mythologies from the polar circles: missing paraphernalia from archives, false philosophies, made-up maps, theories, recipes and small resistances. The book is an almanac that begins from both sides and ends in the middle, unbound from narrative, allowing space for a reader to exercise their own freedom and interpret between the lines. The book then becomes a manual for future performances. Himali has described the book as a multiverse and offered one-on-one readings, like a tarot. She looks back in order to look forward: “the extinction of the past looks like the extinction of the future,” she says.

Driven by a deep sense of immense time, she wants the works to evolve and disappear. Himali admires the natural world; the kinships, the cyclical time, the polyphonous, resounding, entangled, rhizomatic world of existence. She doesn’t want to own her work, but, as with every good story, wants her work to become part of the world.

Titles like static range allude to emergence inherent in the work itself, its leakages and spillages. The conspiratory story around a nuclear device left behind during the cold war on the mountain Nanda Devi was picked up by Himali while researching her own family history. The radiating existence of the lost spying device can be read both as the result of the world wars and human hubris, or as the presence of some hibernating entity, waiting to become a monster. Just like a hyperobject, the work proliferates as if it were nuclear itself. 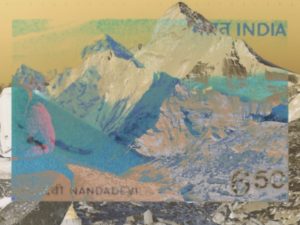 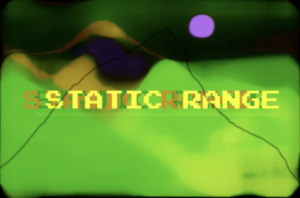 Alas, we can only grasp our environment through anthropocentric, technological re-imaginings. Himali knows this and looks for the meaningful moments of relay in now obsolete communication technologies like out of use satellites, telegraph cables, lost transmissions and mislead receptions. She invokes South Asian futurism developing ideas of radio healing, crossing long distances as well as the paradoxes of the human relationship with the more-than-human spheres.

Inter-scalar exchanges are also the theme of as grand as what, a story unfolding around the world spirit, or life force, bla, suggesting a cosmology between the body and the Earth. Together with David Soin Tappeser, the two work as Hylozoic/Desires in an effort to play ephemerally and outside of established theories. Hylozoism is the opposite of materialism and sees life in what western thought would name inert; in an oozing rock, or in an out-of-use machine. ancestors of the blue moon is a prayer book that gives voice to these animistic, earth deities, many of them left out of the Himalayan canon. 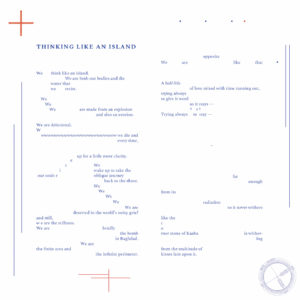 Often, Himali’s stories are invocations to the environment, sprawling through different media and sedimenting in language, the glue that holds everything together. “It’s a way of forming some kind of parasympathetic relationship,” Himali explains. We can’t really exit the spiral that is the human mind and body. But we can imagine it. She is currently working on an omniscience: an atmos-etheric, transnational, interplanetary cosmist bird opera spanning seven continents and the many verses for the Biennale Gherdëina. Birds appear often in Himali’s work and, coded in metaphor, become portals to the natural world. “They do a thing that we can only imagine; they fly. They are astrologers of the weather, they are embodied lightness.” From past to present, from non-fiction to fiction, from the real to the paradox, Himali opens up new horizons shifting the directions of time, challenging memory and altering the balance between public and personal histories, between self and world. 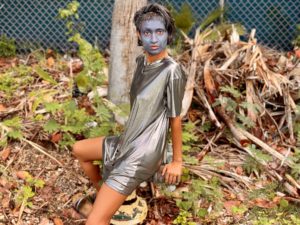 HIMALI SINGH SOIN (b. New Delhi, lives between London and New Delhi)’s multi-disciplinary work uses metaphors from the natural environment to construct speculative cosmologies that reveal non-linear entanglements between human and non-human life. Her poetic methodology explores the myriad technologies of knowing, from scientific to intuitional, indigenous and alchemical processes.

SARAH JOHANNA THEURER (b. Berlin, 1988) is a critical practitioner of techno-social techniques and theories working on process-oriented art practices, such as sound and other fluid media. She currently works as a curator at Haus der Kunst, Munich. Aside from Haus der Kunst, she hosts the radio show ›Portals‹ on Cashmere Radio Berlin, regularly writes on music and art, and acts as a dramaturg with performance groups like OMSK Social Club and The Agency.