We are living in a time where life as normal has been challenged, where the political and philosophical distancing of humanity from the natural world is becoming increasingly impossible.

What Finnish artist Jenna Sutela describes as a “moment of reconfiguration. Right now we are painfully aware of this other, invisible life form (the virus) that we live with, creating all kinds of choreographies around it. But in fact we were never alone to begin with.” Her practice highlights how humans do not live in a vacuum and exist in symbiotic, and at times esoteric, ecosystems with bacteria, mold, computers and many things beyond our comprehension.

“I was always inspired by sci-fi. I was also curious about alternative or left cybernetics.” She was notably drawn to the cyberpunk concept of wetware and biocomputing. “An idea drawn from the computer-related concepts of hardware and software, but applied to biological life forms.” She came across research that explained how there were existing organisms that functioned like natural computers. She discovered the single-celled, many-headed yellow species of slime mold that would become one of the central tropes in her work. “It is spatially intelligent and can navigate a maze using the shortest possible route to its food source. It’s oozy, shapeshifting and can survive in extreme conditions. I found out that the slime mold was used as a model organism for self-organizing decentralized robotics. So encountering this organism led me to biology and microbes.” 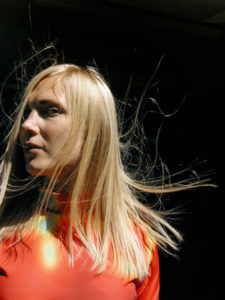 Her interest in biology has manifested in different projects. In 2017 she launched the publication Orgs: From Slime Mold to Silicon Valley and Beyond. Her Gut-Machine Poetry piece grew out of a microscopic examination of Kombucha culture. Its movements were filtered through an online interface in text fragments. Reading about Sutela’s practice brings up a plethora of biologic influences and subjects such as the multi-headed mold Physarum polycephalum, and the bacteria Bacillus subtilis, found in human intestines and the Japanese food nattō. Her work promotes ideas around symbiosis and interspecies communication and a timely shift away from the anthropocentric. “Highlighting other forms of intelligence is a way of rethinking how the human itself functions in the world.

Collaboration is a vital aspect to what Jenna does as an artist, whether that is with human or non-human entities. A lot of her work includes an element of chance. “I find it the natural way of working—leaving some things up to chance. In the machine learning projects, I’ve collaborated with technologists, and I often work with biologists too. There is some sort of collective authorship at play in a lot of the works. It is never in a vacuum that we’re making work or living life.”

Although conceptually driven, Sutela’s work has its own slimy aesthetics. “I guess there is this plastic, primordial quality to the slime. I’m often thinking about gray goo, a hypothetical end-of-the-world scenario involving molecular nanotechnology in which out-of-control self-replicating robots consume all matter on Earth while building more of themselves. Then there are the stringy nattō bacteria in fermented soybeans. I always return to these slimy substances.” For the artist the slow psychedelic fluidity of “lava” inside her head-shaped I Magma glass sculptures represents neuroplasticity. “You could call it the gray matter in the brain or the red, blue, purple matter in the lava lamp brain. I also was looking into the history of ectoplasm, this spiritual energy materialized in the practices of mediums.”

There is a strong esoteric vein throughout her work. That intersection between the occult and the technological plays with the idea of the computer being sentient. “A lot of my recent work is exploring ghosts in the intelligent machines of our creation. The idea is that there’s this unknown in the machine working as our interlocutor and infrastructure. I’ve been really curious about exploring this non-human condition.”

Sutela has a background in art and music, and that interest in sound continues in her practice today. She released eAR on PAN with Ville Hamala. “It was an augmented reality for the audible realm. PAN and I later released the nimiia vibié EP as part of the ENTOPIA series. This project builds around the idea of giving a voice to the nattō bacteria via machine learning.” Speech is also a central trope in her exploration of a symbiotic relationship with other life forms. “I’ve had this difficulty of language. Like I need to learn and sense the world in ways beyond language in order to be able to work with beyond-human life forms.. I’m trying to escape from language, break it apart.” 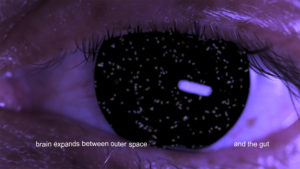 The physicality of sound frequencies adds another sensory aspect to the experience of her work. Most recently, she has been working with the scientist Marcus J. Buehler as part of her MIT residency on the sonification of molecules. “Instead of looking at microbes under a microscope, maybe you could also listen to them.” She has examined the work of the 19th-century French medium Hélène Smith who claimed to be speaking to Martians. “Hélène Smith’s Martian is known as one of the earliest documented forms of glossolalia, or speaking in tongues.” Smith’s séances were documented in writing but not recorded. Sutela used these texts as a teaching material for an AI, using the speech and transforming it into something else via bacterial movements.

Narrative is a central part of her work, growing out of science fiction but manifesting itself in different formats. Her focus is more on the poetic than the prose, reflecting a desire to move away from language as we know it. “Gut-Machine Poetry is a surrealist style cut and paste, but using algorithms.”

One of her most recent projects, I Magma, was exhibited as a group of lava lamps shaped like heads. The lava heads, portraits of her own head, were connected to a “machine oracle” which existed as a mobile phone app, notifying the reader with algorithmically-generated predictions based on the life of the bubbles inside the heads. “In I Magma, there is this human language-based machine intelligence that is using The Internet Sacred Text Archive as its database. These are folkloric and mystical texts from throughout the ages. I added some trip reports from the Erowid Shulgin Archives too. Even if this project uses language as we know it, it gets new shapes in the AI’s mouth, perhaps revealing something of the computer oracle’s way of thinking.”

Sutela’s work does not solve issues but raises questions about the future and existence of humanity in interesting and often poetic ways. By blurring science, technology, poetry and aesthetics, her practice makes us reconsider how we interpret the world around us. Here meaning and understanding are both enlightening and illusive. 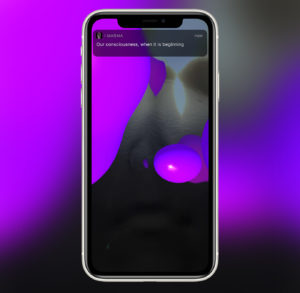 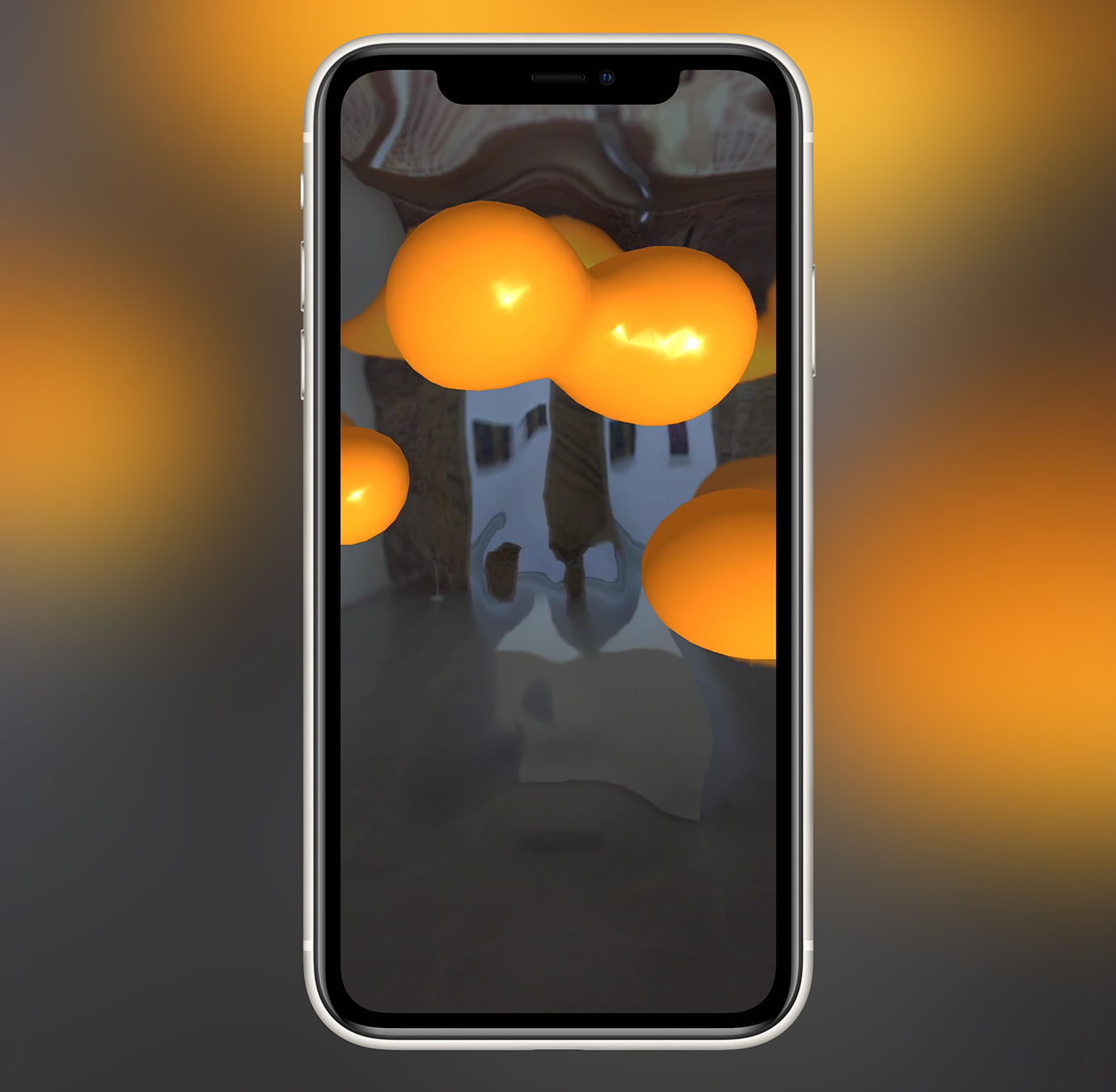 Jenna Sutela’s “nimiia cétiï” (2018) is made digitally available here in connection to Jenna Sutela’s exhibition NO NO NSE NSE at Kunsthall Trondheim (March 4–May 3, 2020).

JENNA SUTELA (b. 1983, Turku, Finland) lives and works in Berlin. Sutela works with words, sounds, and other living media, such as Bacillus subtilis nattō bacteria and the “many-headed” slime mold Physarum polycephalum. Her audiovisual pieces, sculptures, and performances seek to identify and react to precarious social and material moments, often in relation to technology. Sutela’s work has been presented at museums and art contexts internationally, including Guggenheim Bilbao, Moderna Museet, and Serpentine Galleries. She is a Visiting Artist at The MIT Center for Art, Science & Technology (CAST) in 2019-20.

FRANCESCA GAVIN is the author of six books and is a contributing art editor at Twin, Good Trouble, Beauty Papers and Kaleidoscope. She co-curated Manifesta 11 and exhibitions at Somerset House and Palais de Tokyo. Her monthly radio show Rough Version on NTS.live looks at the intersection of art and music.