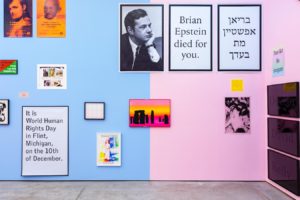 Perhaps the most salient thing you need to know about the artist Jeremy Deller is that he neither trained nor studied to be an artist. This is important, as it inducts Deller within a history of so-called “self-taught” artists: a canon of individuals who arrived at making art, or something that resembles art, via other means, via other routes. Eschewing art school, Deller instead studied art history, initially within the formal environs of London’s Courtauld Institute, where he specialized in the southern-European Baroque; and then later at the University of Sussex, where he studied with David Mellor (Mellor’s Wikipedia entry notably identifies only Deller as being a former student of his). At Sussex, Deller’s interests expanded to embrace a broader and more porous understanding of the role that both art and the artist might play within society. Informed and influenced by the prescient thinking of the pioneers of what came to be known as Cultural Studies – Raymond Williams, Richard Hoggart, Stuart Hall, et al – Deller’s subsequent work, over the next three decades both mirrors and amplifies their desire to understand culture “in all its complex forms”, whilst simultaneously analyzing “the social and political context in which culture manifests itself.” 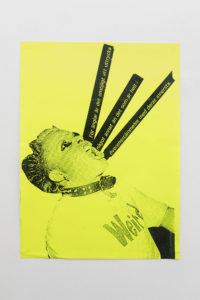 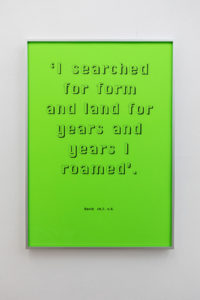 Deller’s emergence as an artist was organic. He has described his 1986 encounter with Andy Warhol in London as being a watershed moment, “Meeting Andy Warhol was the most important thing that had happened to me in my life up to that point.” The two weeks that he subsequently spent in New York in Warhol’s orbit at The Factory “would prove to be the art education that I’d never had – the equivalent of taking a foundation course and BFA and MFA degrees in a fortnight.” From Warhol, Deller determined that “an artist can do whatever he or she wants. There are no limits.”1 From the outset, the subject of Deller’s work has been a consideration of the recent past: an examination of how our shared social, cultural and political histories inform and shape both the present and the future – an approach that is evident in Deller’s key works such as: The History of The World and Acid Brass (both 1997); The Battle of Orgreave (2001); It Is What It Is (2009); and Everybody In The Place (2018), among others. Many of Deller’s early works took the form of t-shirts, posters, bumper stickers, carrier bags, classified ads, business cards, public signage, and other forms of printed matter: quotidian, commonplace mediums that he continues to employ to this day. Circulating freely and outside of the established channels of the art world, Deller’s earliest interventions sought out instead a different public – passersby – and could, in the words of curator Ralph Rugoff, “be appreciated without any specialized knowledge.” This fundamentally democratic impulse remains a defining characteristic of Deller’s work of the past thirty years, and is central to his public identity as an artist: since winning the Turner Prize in 2004 – which he dedicated to “… everyone who cycles, everyone who looks after wildlife, and the Quaker Movement …” – Deller has gradually become a public figure himself. Throughout Deller’s work, which over the years has become increasingly collaborative, there is a palpable sense of generosity: a desire to frame often complex ideas in a manner that is at once legible and accessible, yet in a way that never condescends to nor patronizes the audience. 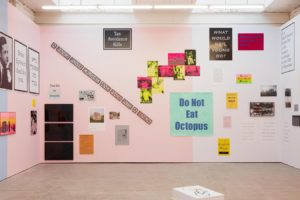 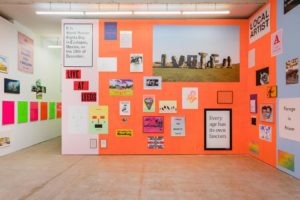 ‘Warning Graphic Content’ is the first exhibition to survey Deller’s poster and print works produced between 1993 and 2021, an era of often unprecedented social, cultural, political, ecological and technological upheaval. Despite the exhibition’s focus on printed matter, the exhibition also serves as a retrospective and chronological account of Deller’s thinking, a visual manifestation of his ongoing – and shifting – interests and advocacy. Aligning the poetic with the polemical, Deller’s poster and billboard works have increasingly taken on a more urgent even political dimension: evident in his recent post-Brexit broadsides Thank God For Immigrants (2020), Welcome To The Shitshow (2019), Tax Avoidance Kills (2020) and the new classic: Cronyism Is English For Corruption (2021). Writing in 2012 on the occasion of Deller’s mid- career survey at London’s Hayward Gallery, curator Ralph Rugoff succinctly outlined Deller’s unique position: “… Deller has worked to illuminate the underlying knots that tie us together – often in ways that defy our conventional understanding of society and our place within it. Ingeniously exploring the ways that culture is woven from webs of activity that cut across all social spheres and categories, his work has provided an indispensable alternative to contemporary art’s status quo, and an invaluable tonic for our capacity to re-imagine the ways we make sense of the world.”2 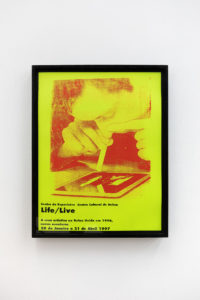 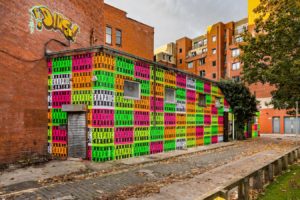