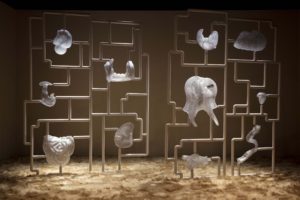 In 1986, performance artist Stelarc wrote: “skin has become inadequate in interfacing with reality […] technology has become the body’s new membrane of existence.”[1] While Stelarc posited on the cybernetic—hybridizing the bodily with the robotic—his assessment shares common ground with the work of New York-based artist Jes Fan, whose works often begin with a contemplation of skin. Drawing on laboratory processes of distillation, extraction, and injection, Fan turns our attention to the skin as a coded boundary that conceals a vast unseen molecular world inextricably linked to our assumptions of identity, race, and gender. Pliable, porous, yet simultaneously presumed to fit rigid normative expectations, skin, in Fan’s work, is a contested entry point in a practice that unravels understandings of what constitutes a ‘normal’, ‘natural’, ‘healthy’ body. 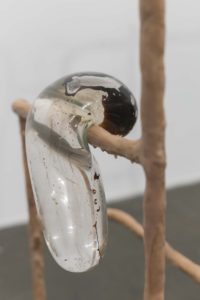 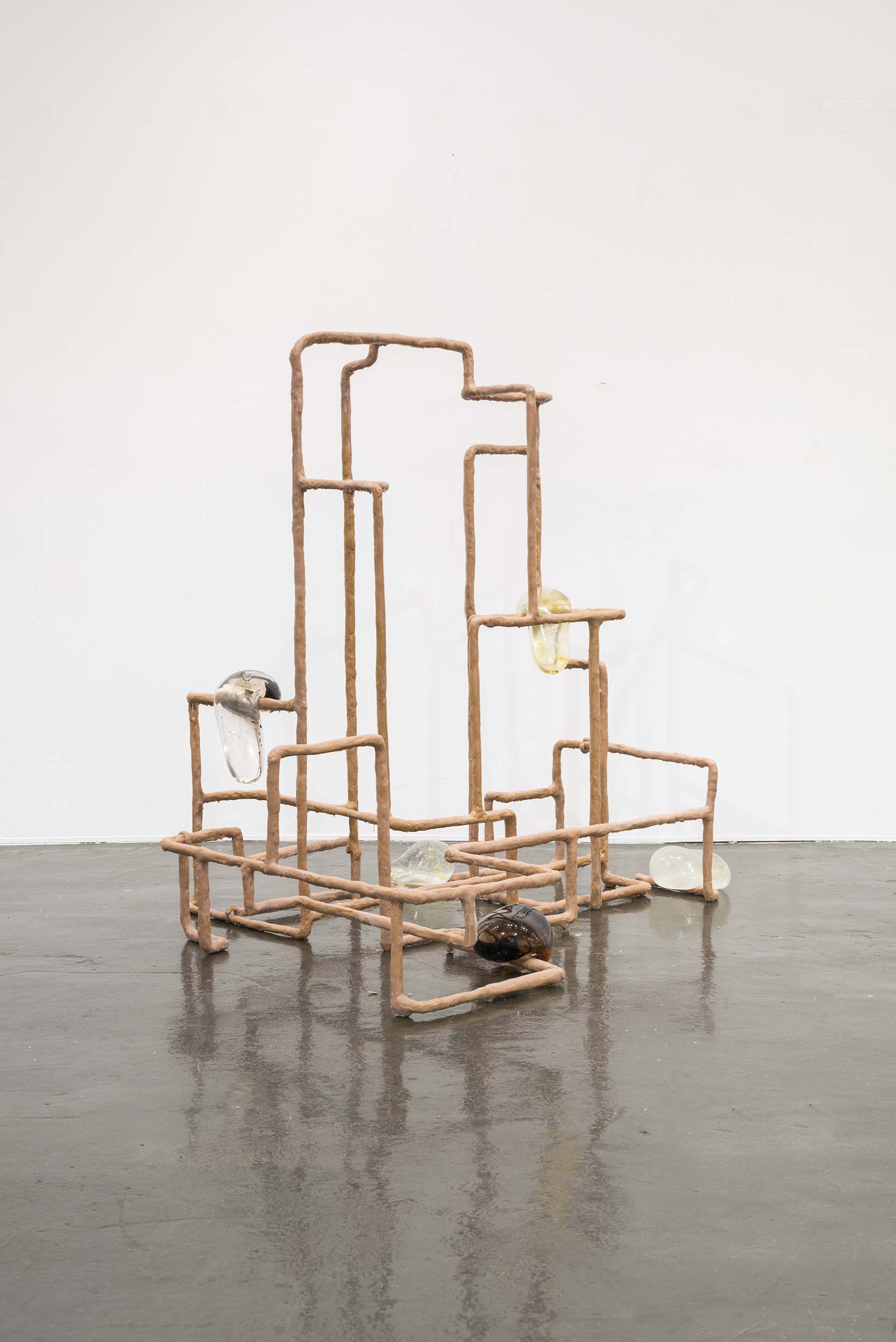 Though also working with moving image and performance, the core of Fan’s practice is sculptural, catalyzed by an enquiry into the social, cultural, and political meanings that have been ascribed to particular substances. Fan has worked with many materials that approximate the body (silicone and 3D printed resin point towards its fleshy interiors, glass globules become stand-ins for organs), but also its excretions (urine), sex hormones (testosterone, estrogen), and pigment (melanin), exploring the gendered and racialized status conferred upon the very stuff that makes up our bodies. The series Systems (2018-ongoing) consists of wooden structures clad with resin, which, once sanded, become similar to skin. Within the lattices, Fan arranges glass objects, each filled with silicone, into which the artist injects melanin, progesterone, estradiol, and depo-testosterone. Systems contrasts opposing forces—hard with soft, the grid with the biomorphic—to short circuit the logic of binary thinking, proposing instead—as the title suggests—a new network of relationships. Speaking of this series, the artist reflected: “holding the hormones in my hands […] there’s some absurdity in it.”[1] In isolating these politically charged substances, Systems questions how they become tethered to fixed categories. Contingent and ephemeral, the sculptures emphasize fluidity and malleability. Along with Fan’s own life story—as an immigrant, someone queer, having transitioned—the Systems series is a contemplation of identity never monolithic nor solid, but always subject to change.

At times, Fan’s sculptures accompany moving image works in immersive installations. Part of the 2020 Biennale of Sydney, two multi-tiered sculptures (Form Begets Function and Function Begets Form, both 2020) presented glass blobs filled with estrogen, semen, and blood. Appearing reminiscent of store displays, they were, in fact, inspired by Chinese scholar shelves, which typically house arrangements of collectibles. Standing atop amoebic-shaped pedestals, all of the surfaces are rounded, their sinuous curvatures bringing to mind Tishan Hsu’s architectonic paintings or Isamu Noguchi’s modular sculptures. Anchoring the room is Xenophoria (2020), a video shot in close-up that would delight any ASMR fan: on petri dishes and metallic laboratory surfaces we see slick liquids bursting from ruptured ink sacs and fungi being scraped. We also find lingering shots of Western-style portraits by the Chinese painter Lam Qua (1801-60), who was commissioned by the American medical missionary Peter Parker (1804-88) to depict patients suffering from various disfigurements, especially tumors. The work pushes the limits of the very absurdity that fascinates Fan: the video documents the artist searching for the manifestations of melanin in the human, animal, and fungal realms. The title—a play upon both ‘xenophilia’ (love of the foreign) and its inverse ‘xenophobia’ (prejudice against the foreign)—actually derives from xenophora, the name of a sea mollusk species, which attach shells and rocks to their own shells as they comb the sea floor. “I feel akin to this animal,”[3] Fan admitted, and we might wager that the xenophora can be read as a metaphor for Fan’s own narrative as an immigrant—born in Canada, raised in Hong Kong, now living and working in the United States. 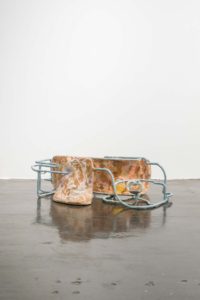 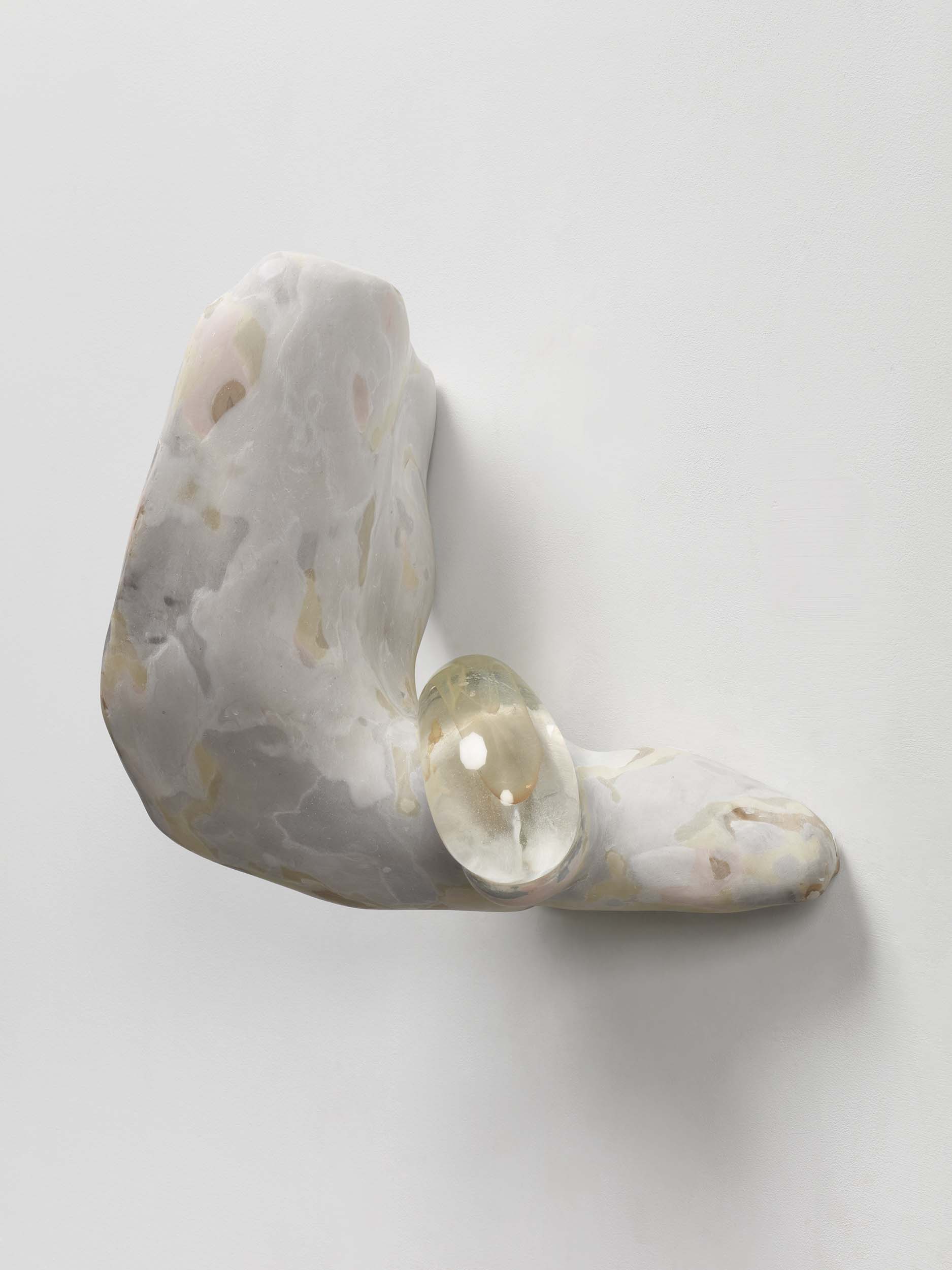 In his first solo exhibition at Empty Gallery in Hong Kong in 2018, Fan presented Mother is a Woman (all works 2018), a video that began with the artist sourcing a sample of his mother’s urine, which he then transported to the United States for processing in a laboratory. From extracted estrogen he produced a beauty cream, named after the work’s title. The video—which lightly parodies the format of an advertisement—shows various people applying the lotion to their skin, while a voice intones: “as your skin absorbs my mother’s estrogen you are effeminized by her […] kin is where the mother is.” Accompanying the video were a number of sculptural components that extended Fan’s concern with queering our understanding of family ties, gender, maternity, and particularly our skin. Wall-bound Diagram sculptures find their starting point in epidermis illustrations, while Visible Woman shows a lattice not dissimilar to those used in the Systems series, but here covered with 3D printed resin body parts. Like a scaled up punch-out plastic sheet you might find in model toy sets, the installation takes its name from a vintage American 1960s anatomical model. Underscoring the exhibition was also the story of transitioning, suggested via soybeans and casts of yams, which are frequently used as sources for industrially produced sex hormones. In Fan’s hands, the body becomes a site of making and unmaking much like an art object; Fan reflected: “using testosterone to masculinize my body is similar to using a chisel to carve out a surface […] you’re sculpting your body, I’m like that glass in this liquid transformation or perpetually in flux.”[3]

In his fascination with hormones and fluids, Fan’s practice finds affinity with artists Candice Lin, Mary Maggic, Patrick Staff, and Anicka Yi, who have each questioned how imperceptible substances come into play in our understandings of one another’s bodies and selves. While Fan’s work to date has been largely located in a consideration of the gendered and racialized human body, upcoming projects extend these concerns into the animal realm, probing at issues of non-human and non-animal consciousness as well as interspecies relationships. In his new experiments with mold, mollusks, and agarwood—which will premiere at the upcoming 2021 Liverpool Biennial, and 2022 solo exhibitions at The Kitchen, New York, and Empty Gallery, Hong Kong—Fan seeks to upturn our assumptions of contamination and infection, issues especially timely today. Drawing on research into symbiotic relationships as well as parasites, Fan explores how disease can yield objects deemed precious and beautiful (such as pearls or perfume). How might infection be understood as ‘productive’? How do we assign the values of a ‘positive’ or ‘negative’ relationship when studying the natural realm? Throughout his work, Fan unseats privileged categories, instead seeking new ways to understand the body, race, and sexuality beyond a normative viewpoint. His next chapter of work brings to mind critic Nicolas Bourriaud’s notion of “co-activity,”[4] an approach he sees embodied by artists who seek an equivalence between the elemental, mineral, plant, animal, and human in a bid to shatter the subject/object divide and remove the human from the privileged center. Within this world, in which, according to Bourriaud, relationships are “horizontal”’ rather than “unidirectional,”[5] Fan learns from nature, seeking new dimensions of value and meaning beyond the anthropocentric worldview. 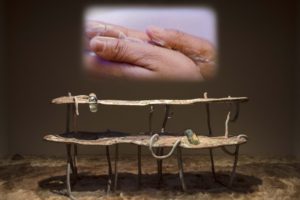 JES FAN (b. 1990, Canada) was raised in Hong Kong and is based in New York. Speculating on the intersection of biology and identity, his multi-disciplinary practice emerges from an inquiry into the concept of otherness as it relates to the materiality of the gendered body. Working primarily in expanded sculpture, Fan often incorporates organic materials into larger assemblages.

PAVEL S. PYŚ is Curator of Visual Arts at the Walker Art Center where he has organized exhibitions and projects across the galleries, theater, and Minneapolis Sculpture Garden. Between 2011 and 2015, Pyś was the Exhibitions & Displays Curator at the Henry Moore Institute in Leeds. In 2011, he was the inaugural recipient of the Zabludowicz Collection Curatorial Open and curator in residence at the Fondazione Sandretto Re Rebaudengo.