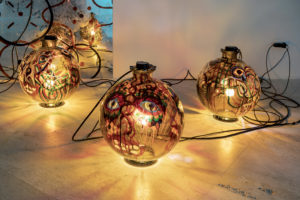 Paris, 20 June 1960. In the small theater of the American embassy, ​​Niki de Saint Phalle, Jean Tinguely, Robert Rauschenberg and Jasper Johns are all participants in a performance in honor of the pianist David Tudor. Organized by Darthea Speyer, the show-concert conceived by the artists includes multiple and simultaneous actions. It is the premiere of Variations II, which has just been completed by John Cage. Each of the participants has created their own individual contribution, and the fusion into a single choral work emerges during the representation. While Tudor interprets Cage on the piano, Rauschenberg places a canvas back to front on the stage, blocking the audience’s vision of the creation of the First Time Painting in progress on the hidden side, while transmitting the sounds of the artists’ movements by means of a microphone attached to the easel. All actions are punctuated by established intervals when suddenly the act of painting is interrupted by the noise of an alarm clock that signals the completion of the work. Tinguely places a metal sculpture on the stage in a movement which causes its progressive destruction at the same time as the performance of de Saint Phalle’s Tir takes place. A sniper fires shots at a work by the artist wrapped in containers of color that explode releasing their content. Johns refuses to appear on stage, but still participates by proffering a target of flowers, accompanied by his painting entitled Entr’acte into the scene. This fruitful collaboration between the artists on the occasion of Variation II laid the foundation for the organization of another performance. In May of the following year, the same group performed The Construction of Boston at the Maidman Playhouse in New York. It was a fifteen-minute show which also included Frank Stella, curator Henry Geldzahler and dancers Steve Paxton and Viola Faber. For this occasion, a small apartment where the events of daily life were enacted was set up on the stage. While Tinguely erected a concrete wall that progressively hid the show from public view until the end of the performance.

A collective work which as a whole negates the sum of the individual elements that compose it. It is thus impossible to definitely establish the interdependence of the various interventions, consequently liberating artistic paternity from the tyranny of authorial individualism. Elements such as choral process, the logic of chain reactions, declarations against good taste and bourgeois aesthetics were already expressed with the passionate indignation characteristic of the avant-gardes in the immediate post World War I period: a great deal of disenchantment and established values ​​are the object of a radical questioning that takes the form of a liberating, albeit controlled, chaos. In a word, DADA. The French Dadaists adopted an attitude of total rejection and used the most unexpected forms, fleeing from any real aesthetic potential. The work of art is no longer the mere means of personal expression, the field in which emotion and affection are concentrated. It is the product of automatic gestures of those who, refusing their status as artists, intend to free themselves in a meticulous anarchist creed. Hence the work of art becomes the surprising result of Pensées sans langage, to use the title of a poem by Francis Picabia. 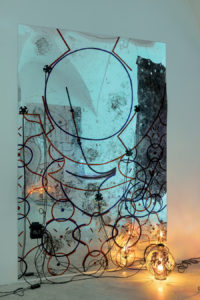 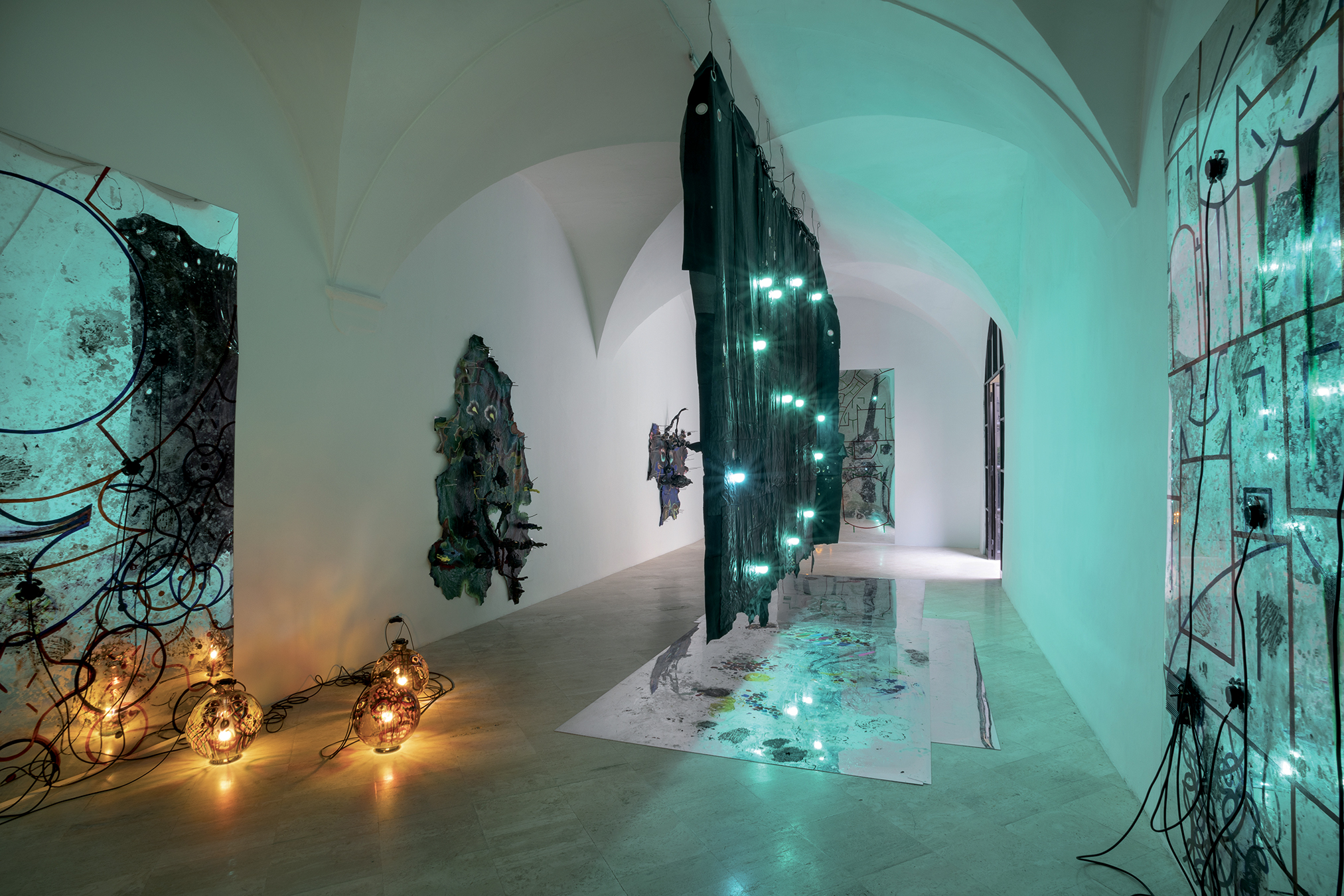 Paraphrasing Lee Lozano, KAYA is the scorpio version of DADA.1 But perhaps before asking “who KAYA is,” it would be appropriate to ask the only seemingly provocative question “what is KAYA?” It should not be thought an insidious query concealing hidden pitfalls but rather a means of acknowledging KAYA as an inclusive participative creative process, the sharing in fieri of private obsessions that soon prove to be common. Form results from a constant synthesis between banality and sudden moments of sophistication, lofty references and snobbishly popular solutions. Concerned with KAYA during the time spent in the construction of _KOVO at the Memmo Foundation in Rome, I must admit to having encountered obsessions rather than ideas, curiosity and boldness rather than method in their cultural mindset. Balancing precariously yet proudly between humor and lyricism, KAYA advance a reality imagined through the contamination of space and the scene as a whole, the lights, the sounds, the bodies, and their clothes. Reflecting the caprices of the KAYA-personality, it is a violently Verist imagination: at times solemn, immobile, silent and pompous, at others, a tense transitive state between the unpleasant and the captivating. The melancholy mood uniting those invested by KAYA emanates a metaphysics of objects, since, while the objects speak to us of the precise moment in which they were created, this moment is at the same time atemporal, suspended in a sort of paradoxical “historical eternity” wherein human beings appear and feel mournfully ephemeral. When in KAYA, we do not immediately perceive where we are; in a reworked past or in a future that in the end has never eventuated. 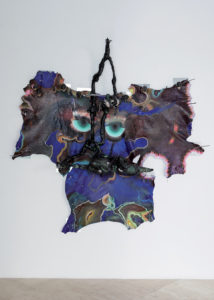 The idea of subjecting painting to stress through an inherently bold caustic process shielded by group logic is as clear as it is ambitious. KAYA seems to proceed in such a way that the pictorial dynamics collide with the sculptural ones. The effects are then thematized and put back into action and made to collapse again in a crescendo of violence that resembles torture. The paintings are cut, stitched, torn, reassembled, and again brutally pulled away, erasing any possible residue of aura that could still linger around what we commonly recognize as painting. The work is carried out on-site, in the exhibition space adapted to a productive workshop of a collective rite based on the convergence of dissociated ideas and shared belief. A choral performance without a public where KAYA seems to wonder Why not pretending that this is a painting?, offering a different perception of the familiar. From this traumatic translation, avoid emerges and it is precisely within it that something becomes possible. More or less like a virus.

The timeless purity of the white cube where _KOVO was formed is destroyed by the bravado of this aesthetic trauma. Figures painted on skins become high-reliefs, and signs on mirrors with origins somewhere between the paleochristian and the futuristic reflect lights, sounds and shadows, and elements adapted from previous exhibitions. Every element is immersed in an atmosphere that suggests a cave-like mystery or the effrontery of an old curiosity shop, full of antiques whose authenticity can be detected in their moldy surfaces. The visitor suffocates in an atmosphere of grim decay and the vigor associated with a primitive conception emerges gradually through a network of severed idols’ heads (from David to Messi via Pinocchio) which seem to be draped in a web of cognitive leftovers.

These works have an attitude, and their gloomy satire justifies them without asking to be justified. It is a new kind of subjectivity in painting which brings intimacy, play and disturbance together in an iconoclastic questioning of existing values ​​and hierarchies. A Trojan horse to be wary o

KAYA: since 2010, Kerstin Brätsch and Debo Eilers have produced work as KAYA, a collaborative project that entangles the individual pursuits of a painter and a sculptor, with the possible creation of a hybrid third. The title of this ongoing series refers to a real person: Kaya Serene, now 20-year-old. The collaboration with Kaya began when she was 13 years old, and since then she has served as both a focal and departure point for exhibitions, performances, interventions, events, and publications. Kaya has collaborated in productions as a painter and participatory performer. Other times, she appears as a proliferating image in photographs and lifecasts, visibly layered onto artworks, ceremonial objects, costumes and clothing, like a distant muse. Containers for a kind of inter-subjectivity that both retains and sublimates the artists’ individual hands, the works also offer a geologic logic, an organic history of their own making, as they preserve and pulverize the performance objects, ephemera, and refuse from KAYA’s past into a multiple, ever-becoming body.

FRANCESCO STOCCHI (b. 1975, Rome) is curator of Modern and Contemporary Art at the Museum Boijmans Van Beuningen. He curates the program of the Fondazione Carriero (Milan) and Fondazione Memmo (Rome) and publishes regularly on art and visual culture. Francesco Stocchi lives in Amsterdam.