On the occasion of the exhibition Low Form, Imaginaries and Visions in the Age of Artificial Intelligence — on view at MAXXI until February 24 — we are sharing an extract of the essay written by Bartolomeo Pietromarchi, Director of Maxxi Art, for the catalogue of the show published by CURA.BOOKS.

In a recent article in Frieze entitled “Could There Ever Be an AI Artist?”, Mike Pepi wonders if artificial intelligence, should it ever acquire the sensitivity to do so, could produce art autonomously, given that art remains one of the last areas in which human beings still perform the best.

After a series of reflections, the author reminds us that power has always been, in the history of humanity, inextricably connected with the idea of representation, and that the control of what is relevant as an image and what art means “is to rule both the mind and the body, to influence the whole sensate world of human emotion and expression.” Pepi concludes that, “given the power already held by those who build and deploy artificial intelligence, it’s not a question we should take lightly. Before we cede the making of art to machines, we should ask: cui bono?” The debate around these issues and their artistic, theoretical, ethical and philosophical developments, involving exhibitions, articles, speeches and publications, is becoming increasingly vast.

Today we are witnessing a momentous revolution that is resetting all the traditional parameters on which the boundary between reality and fiction, control and excess, the natural and artificial, of morals and ethics, was based, in a dizziness aiming towards a new human/non-human paradigm which rethinks and overcomes the way we place ourselves in the world, and subverts the categories of time and space. It is a simulation of reality that is turning into reality, or maybe even a reality that is turning into simulation, quashed by a techno-capitalistic system based on information, and therefore on control, in which art appears to be the last possible embankment in front of the spread of computational ideology.

Low Form. Imaginaries and Visions in the Age of Artificial Intelligence presents a survey of this debate, with an exhibition and with this book which, in addition to original visual contributions by the artists, includes an anthology of essays and writings on the topics covered. This also comprises a program of meetings aimed at reflecting from a critical perspective on the most urgent issues of this debate, proposing an interpretative grid on the broad question of the new aesthetics that is catching on along with technological progress. 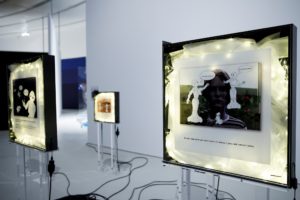 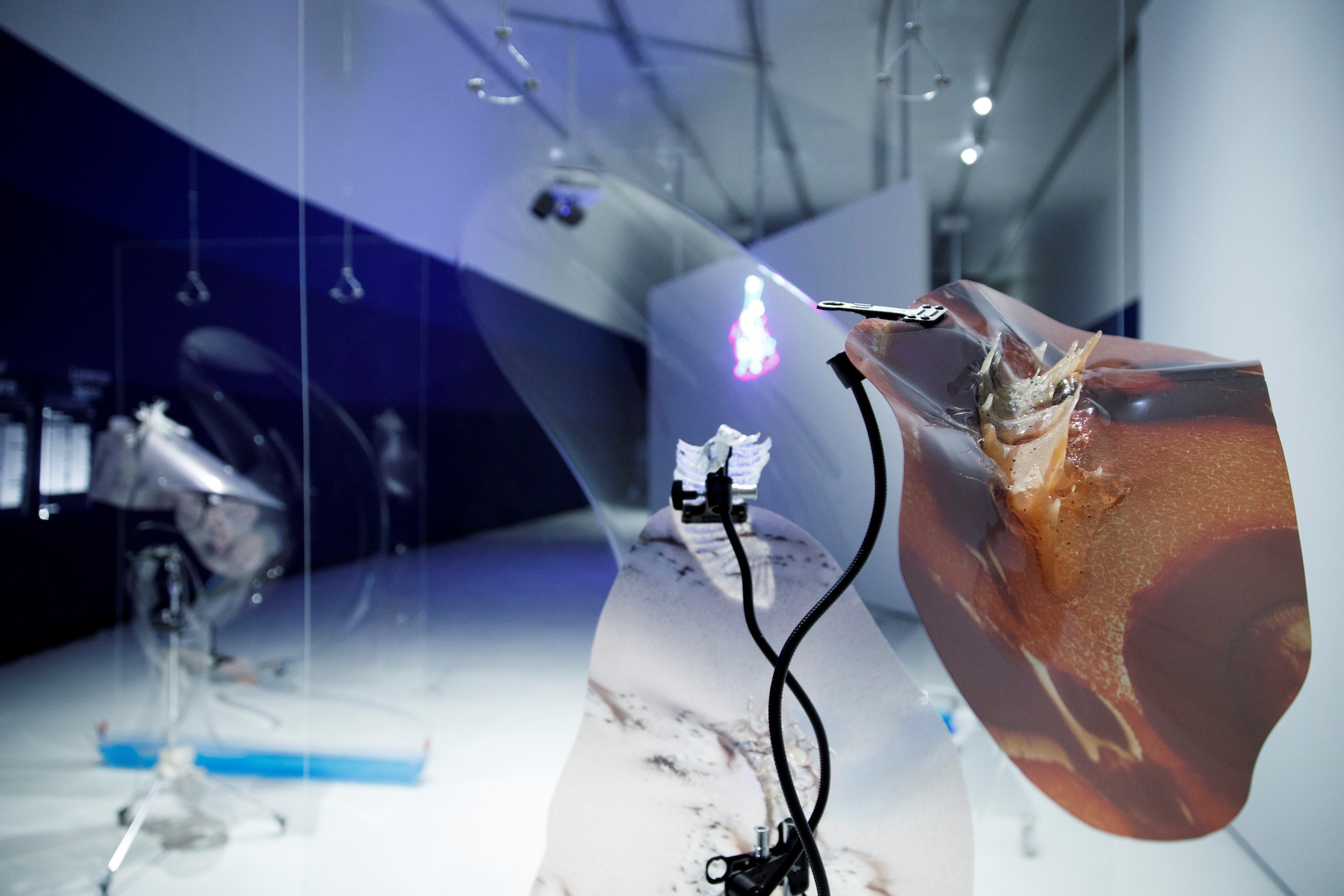 Digging into the visual, psychological, social and political implications of a landscape consisting of Artificial Intelligence, complex systems, neural networks, the deep web, augmented reality, synthetic biology and nanotechnology, the Low Form project takes us on a journey to discover the most hidden mechanisms and the most utopian analogical and technological results investigated through the visual imagery and the conceptual suggestions of some of the most attentive leading figures of current artistic and theoretical research. In the exhibition, the artists propose visions and imaginaries able to develop new languages and narrations, in order to become critically aware and understand the complexity of these new realities, taking us to territories where the technological unconscious, the weird and the eerie, animism and the theory of the mind meet the deepest and most hidden meanders of the human soul found on the web, in the eternal question of the definition of the self and the other-than-self, represented here by the machine, the robot, the computer and the new forms of hybridism merging inert and reactive matter. What is most surprising in the works and experiments of artists who investigate technological processes, is a visual imaginary characterized by a return of forms and themes, approaches and attitudes seemingly akin to those coming from Surrealism and the Dada movement of the last century. However, past a first analogy with “the integrity of the dream” uttered by André Breton in 1924, one wonders how and how much such a connection makes sense, a point extensively investigated by Nora Khan in her essay.

On closer inspection—and here we find the thesis underlying the exhibition—the dialogue with Surrealism is mainly based on an aspect which, beyond forms and stylistic features, conceptually informs the relationship between the historical movement and this type of contemporary artistic research: the aforementioned concept of simulation. What are the automatic processes experienced by the surrealists, the images that arise from the free flow of consciousness if not a simulation of how the human brain works when it is freed from the constraints and principles of functionality, duty and rule?

A simulation has no function, meaning or moral: just like nature, it simply is. 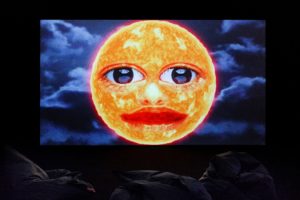 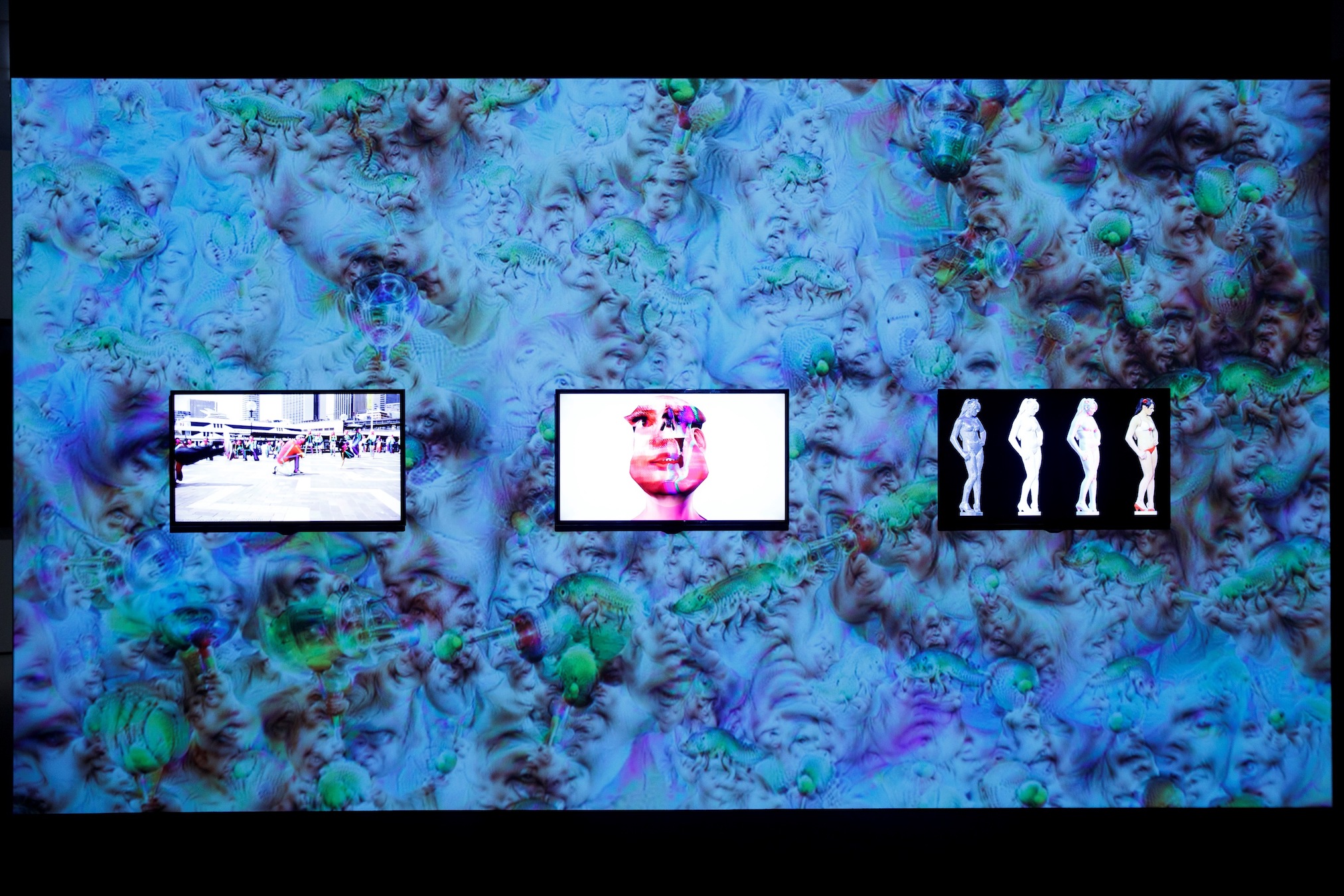 Thus, as Surrealism turned the simulation of mental states into the quest for a new consciousness, today technological simulation pervades biological, social, political life and every sphere of the human, and has become an “absolute reality”—to go again with Breton—because more and more often it tends to replace it, according to the dangerous utopia that in simulation, as such, everything is possible.

If at the beginning of the 20th century the duality dream/ reality was resolved into a sur-reality, today we are faced with a sim-reality, a term that encompasses the double combination of the real that becomes simulation and above all of the simulation that becomes reality. It is no coincidence that, in the heated debate on these ethical-philosophical and aesthetic issues, one of the most questioned points is the marked reappearance, in the works and images of artists, of a dreamlike, mysterious and disquieting dimension, which has to do with the unconscious and which, in the field of technology, is defined as deep dream, from the software invented by Google for the creation of images derived from artificial neural networks. The return of the “weird” and the “eerie,” addressed in a recent book by Mark Fisher, is the area that some of the artists on display in the exhibition are investigating. Like modern ethnographers and anthropologists, they explore the collective subconscious that springs from the online world, between gamer communities, marginal subcultures and the dark web. Abandoning themselves to paths without a destination in the abyss of the web, the works bring out a disquieting scenario, where the innermost drives of the human soul reveal profound truths about our contemporary life. Like in a huge video game, we find ourselves trapped in a simulated and absolute reality, where the parameters we are accustomed to are subverted, leaving space for a visionary reality, for technoutopian imaginations and for the conception of other worlds.

The works thus show a landscape populated by avatars, biomorphic and pseudo-human entities that implement systems of autonomous relations, automatic algorithms, artificial neural networks capable of generating digital hallucinations that encroach on supernatural and technological animism, as clearly outlined by Matteo Pasquinelli’s writing, where the complexity of the systems and potentials of IT development, the autonomous ability of the machine to produce thought and, therefore, creativity are analyzed in relation to the functioning of our mind that projects as an other-than-self entity and anthropomorphizes what it does not know.

Low Form also suggests an attitude according to which the paths of the artists and their research contemplate the questioning, the active resistance to the spread of the technopositivist thought.

Taking technology as a subject in terms of both the tool and the content, and according to recent accelerationist theories, the artist questions the structures of power and body and mind control, explores the limits and boundaries in an attempt, possibly unsuccessful, to become aware of and identify the errors, the weak points, the cracks of an increasingly perfect, powerful and hidden system.

In addition to the theoretical, conceptual and procedural questions of the technological domain, Low Form investigates the physical boundaries of matter and their overcoming through experimentation and the creation of new forms. When computational environment meets biology, the offspring is a reinvention at the molecular level of its structure that combines and brings together human and artificial sensations, making the border between inside and outside, between sensitive and reactive skin, porous, in a remix that ends up blending genres, genders, animal and human, biological and technological. Here too, in this post-human attitude involving existential, prosthetic and hybrid collage and décollage, we identify a surrealist compositional approach, where the natural and the synthetic merge and create the androgynous character of the works on display in the exhibition.

This simulated reality dominated by replication, by grafting, by the reconstruction of human parts, is thus pervading not only the immaterial domain of art and computation, but is spreading over all the fields of our action and, at the same time, is radically transforming our aesthetic imagery.

With his last work, Étant donnés: 1° la chute d’eau, 2° le gaz d’éclairage, Marcel Duchamp, after having revolutionized the way of conceiving and making art, left as a testament a masterpiece for the incipient era, an artwork that, more than any other created by the artist, is influenced by the surrealist matrix and carries over to the present. Exhibited in 1969, one year after Duchamp’s death according to his will, Étant donnés, in which elements and characters already existing in the Grand Verre return, has often been interpreted through the magnifying glass of the themes dear to the artist, such as alchemy, the scientific method and psychoanalysis.

Étant donnés is a large installation that the artist had been working on in great secrecy for twenty years (from 1946 to 1966), consisting of an old door, placed in a brick wall; on the door there are two peepholes through which, and through which only, we can see the piece’s interior. The image that we can catch a glimpse of through the peepholes is a diorama made with real elements and images, in an arrangement that produces a dreamlike and at the same time haunting and evocative scene. The setting shows us a naked woman in the foreground, with her face hidden and spread legs, in close-up, lying on a bed of dried leaves and branches. The woman (whose body is made with real plaster casts covered with treated animal skin to simulate human skin) is holding up a lit gas lamp. In the background there is a reproduction, partly photographic and partly painted, of an idyllic mountain landscape from which a small waterfall flows, driven by a hidden engine. The work is therefore constructed as an environment that can only be accessed with one’s eyes, one person at a time, through the peepholes in the door.

A perfect metaphor for today’s world, Étant donnés imposes its relevance on the contemporary aesthetic and fruition realm. A piece in which the act of ‘peeping’ evokes the voyeuristic dimension of observing without being seen, the solitary and solipsistic dimension at the basis of today’s visual culture and interpersonal relationships.

It is in the anonymous and faceless body of the woman that the current post-human and trans-gender condition (the Bride and the Bachelor in the Grand Verre) is anticipated, in both its allegorical and mysterious dimensions (“weird” and “eerie”), in the optical illusion of reality and of an otherly surreality, where all the evocation of our contemporary condition and of this great metaphor of the era of simulation are contained.