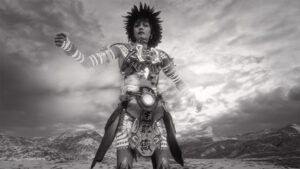 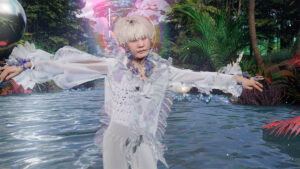 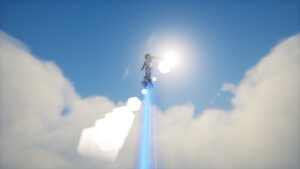 This quote from LuYang’s recent video DOKU – The Self (2022) offers intriguing entry points to his hyper-complex art.

LuYang’s lifelike avatar DOKU, the artist’s “digital reincarnation,”[2] is sitting on a plane, gazing over a brightly lit night scene of an anonymous megacity. Different layers of reality like the state of consciousness and being awake interchange with passages of dreams and the realm in between, which Siri Hustvedt so poetically described as “[…] dreams but not dreams, a threshold reality between waking and sleeping; a limen that should be named but isn’t.”[3] DOKU appears in the six stages of being as defined in Buddhism and we witness an end of the world scenario intertwined with the end of the self as a philosophical entity. The narrative is dreamt and lived as reality by the DOKU—but what is reality, dream and the in-between to a digital avatar?

LuYang started his career with edgy video works like Reanimation! Underwater Zombie Frog Ballet (2011), in which he used real frogs or Krafttremor—Parkinson’s Disease Orchestra (2011), in which he worked with real humans. Since then, the artist has mostly eliminated the boundaries of reality, getting rid of physical bodies, be it animal or human and has instead created digital avatars to articulate his ideas about the limitations of life and the human body by diving deep into the topics of technology, biomedicine, Buddhism, and transcendence. This shift to the “digital object”[4] has led LuYang to a distinct style and a highly sophisticated examination of the possibilities of the virtual. Questions about the nature and substance of digital objects are evident as Yuk Hui asks: “One can rewrite the whole code of a digital object, change its identity, and delete it in a second: what, then, is the substance of a digital object when its nature and identity are totally changed from point A to point B?”[5] But ideas of persistence, transcendence, and longevity lure “as images of DOKU proliferate in cyber space, the possibility of erasure evaporates.”[6] LuYang bestows DOKU with a life of his own, but at the same time tying his avatar closely to his own human existence by giving him his facial features, thus inscribing his human presence onto the digital avatar.

By surrendering the real life to the possibilities of the digital, LuYang claims to “live on the Internet”[7] because “you can abandon your identity, nationality, gender and even your existence as a human being.”[8] For LuYang, the Internet is serving both as source of inspiration and as a tool to create the digital objects that constitute his work “while the Web is acting both as an interface between users and digital objects and as a world in which these digital objects conceal and reveal—in both physical and metaphysical terms.”[9]

In this environment, LuYang embodies “the person in the dream and the dreamer,” which can be understood as being the creation and the creator at the same time. The idea of a (world) creator is connected to religious thought. LuYang connects the virtual with fundamental religious ideas of transcendence. Chen Qiufan, the sci-fi novelist has his protagonist say: “Amitabha. I am a Technologist-Buddhist. I believe in the words of Arthur C. Clarke: ‘Any sufficiently advanced technology is indistinguishable at first glance from Buddhist magic.’”[10] I think here lays the key to understand LuYang’s art: he is asking the big questions of mankind, searching for humanity rather in archaic rituals like dancing than in science and rational thinking. This reflects the urge of defining mankind against artificial intelligence in a hyper technologized world rather than against animals in a natural environment. Additionally, Lu Yang touches the end of the world as we know it through his imagination of total destruction but keeps a glimpse of hope through the Buddhist idea of reincarnation.

LuYang visualizes the current space of self-definition as humans, while for a long time mankind/womankind had to distinguish themselves from nature and animals through their capacity to think, plan and exploit the earth. Humans now face the advancement of technology as a threat to their primacy. What is at stake now is the capacity to dream, believe, and dance; the psychological, is where we distinguish ourselves from technology. LuYang finds a strong image for this in having his digital personas dance through the virtual. Dance being an irrational, human activity with no capitalist use in itself, but rather constituting a ritualistic form of humanness. And yet, if avatars can dream, why shouldn’t they also dance?

The idea of a “threshold reality” can be used as a metaphor for the virtual. This is in LuYang’s case of double interest, as the artist is exploring the dream and the virtual both as extensions of what we call reality. The dream as poetic figure is heavily loaded with psychological inclinations: isn’t it the dream where we are fully immersed in ourselves? Isn’t it here where we meet our unconscious, our fears, hidden terrors and hopes?

“There is no perception without memory. […] A work of art is always part person. Therefore, the experience of art is interpersonal or intersubjective.”[11] This quote by Siri Hustvedt is especially true for LuYang and his creation DOKU as it is not only the artists bringing their memory to the table but all of us who are bringing our multiple memory with us when we look at LuYang’s work. This is where LuYang connects us and enables us to relate our memory to a possible technologized yet spiritually loaded future. 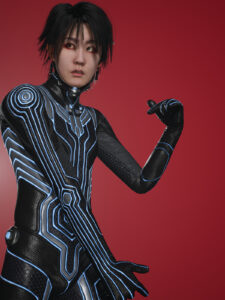 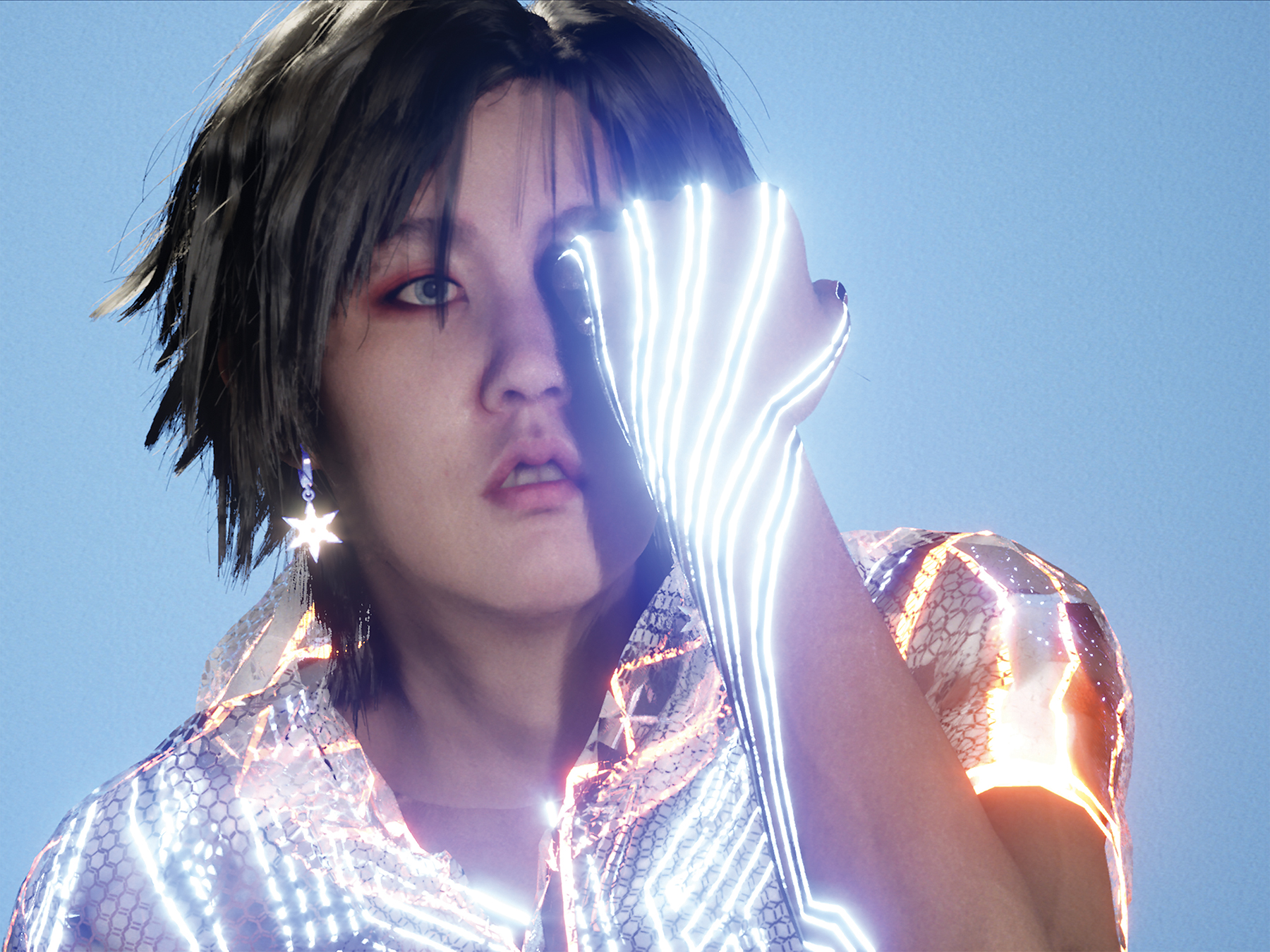 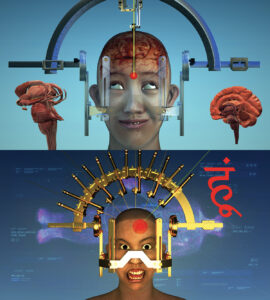 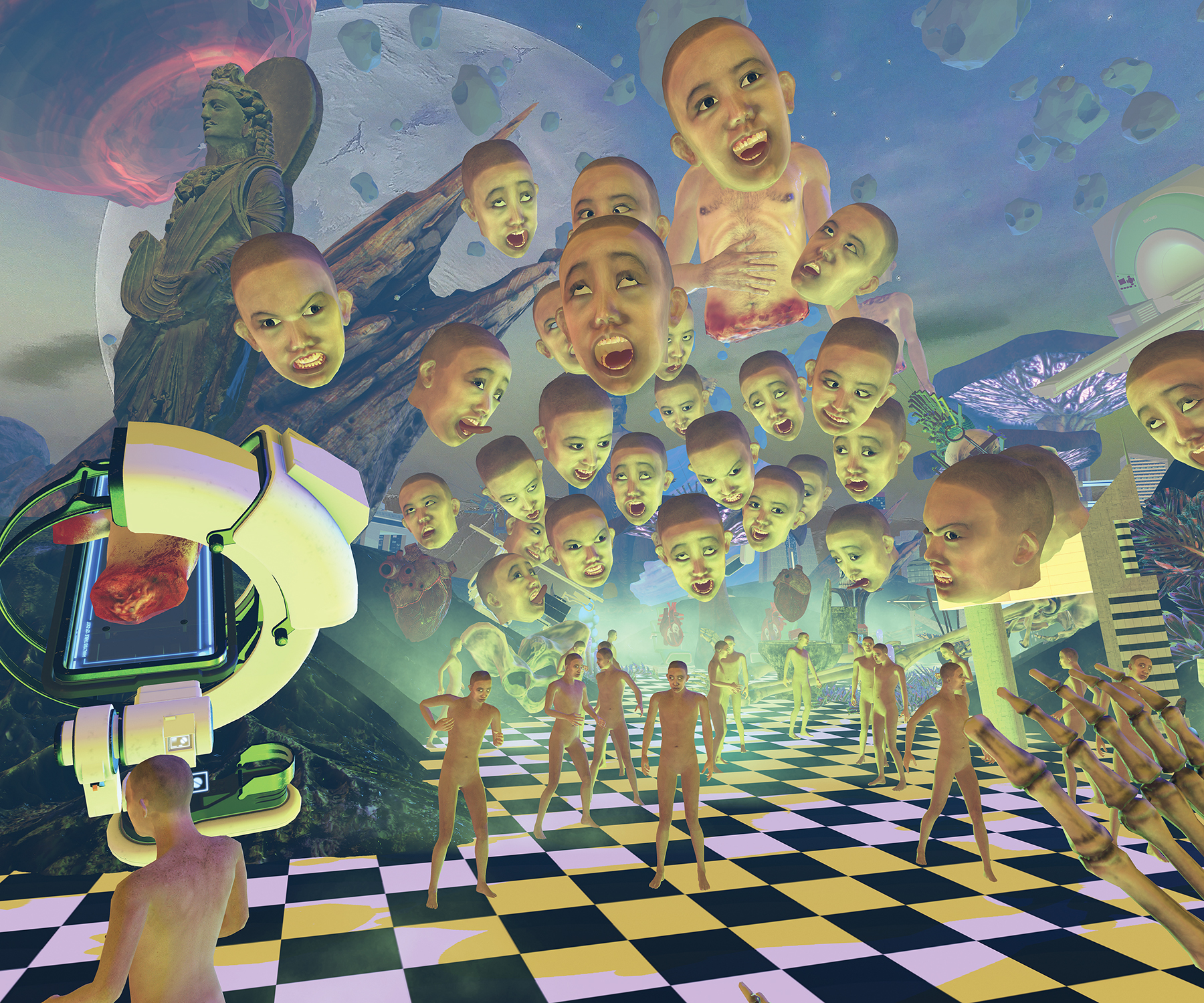 LuYang, The Great Adventure of Material World , 2019
Courtesy the Artist 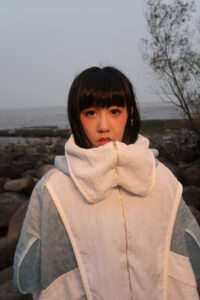 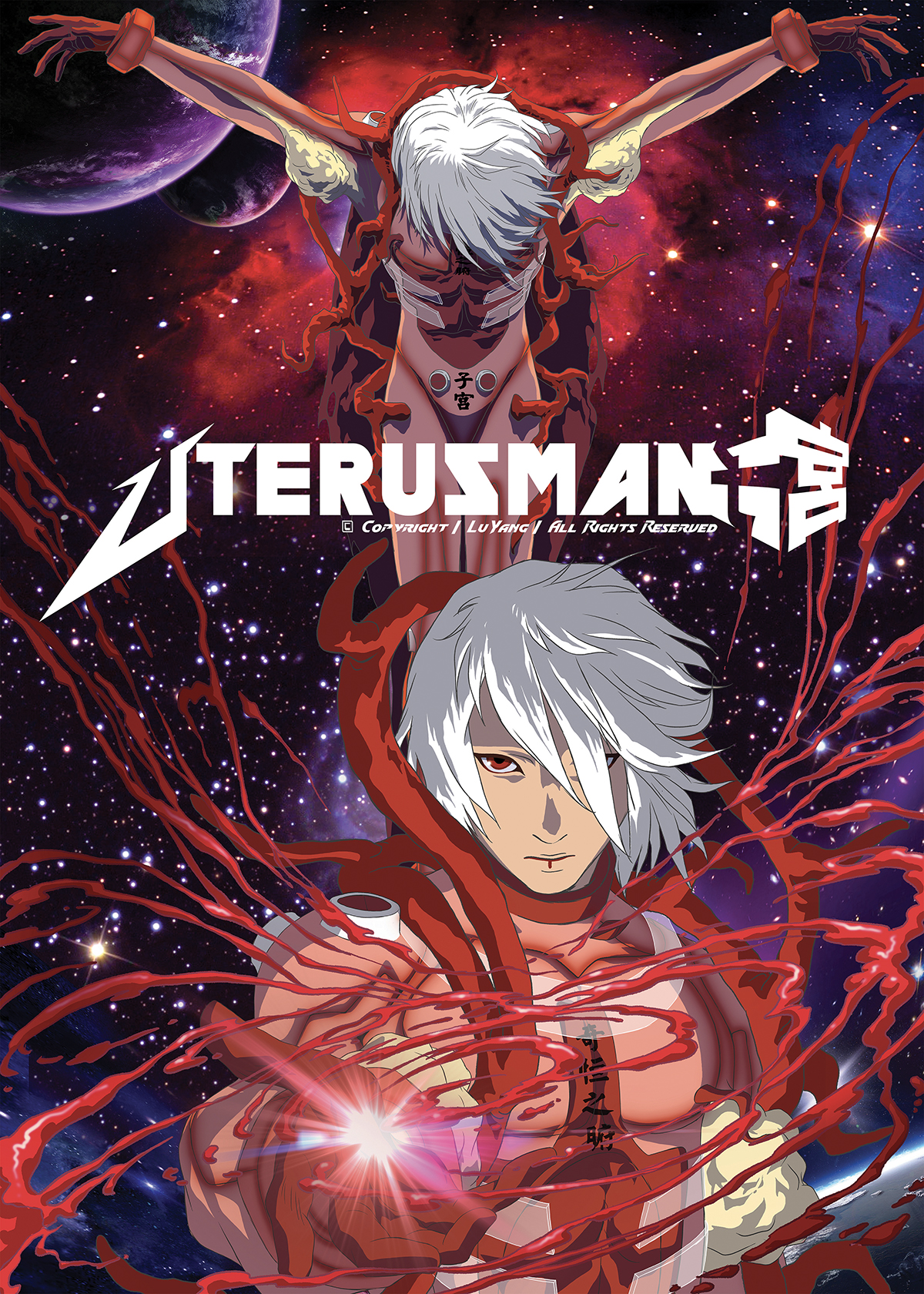 DOKU The Self, 2022
Courtesy: the artist and Société, Berlin

Nora Gantert is an art historian and sinologist who works as curator, writer, and researcher with a specialization in contemporary art from China. Her research focus lies on transcultural theory, feminisms, technologies in art and literature-based art. Nora has curated LuYang’s solo show at Kunstpalais Erlangen.