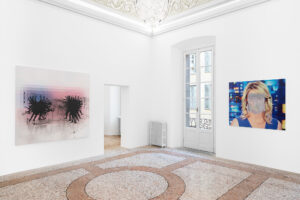 The pervasive symbology of American consumer culture is the foundation of Mark Flood’s work. His compositions are large and confrontational, commandeering and distorting corporate and national iconography in order to reevaluate their impact, logic and authority.
Flood critiques contemporary culture by appropriating its visual language, for instance rendering an American flag blurred to question the viability of the American dream, or using text slogans on canvases that mimic and distort conventional advertising. Yet, rather than producing artwork to stake a political position or to directly persuade his audience toward certain convictions, Flood’s work co-opts mass media in order to expose the absurdities of modern society.
Since the beginning of his exhibition career in the 1980s, Flood has explored monstrous silhouettes of the human body as a vehicle for signification. With Battlefields, Flood returns to the motif of clustered hands explored in earlier paintings, which he repeats in variable silhouetted forms across several canvases. There are two distinct configurations: one, depicted in Authority with Fuzzy Flag (2018) for instance, portrays a dense wall of raised arms in a suggestively fascist salute, while the other is rounded and disorderly, like limbs caught in a tumbleweed of debris. Cannon Fodder (2022) among others is representative of these more unruly constructions. They depict arms uplifted in ambivalent gestures to evoke something between defiance, resistance, and vulnerable flailing. To Flood, hand gestures are both ubiquitous and open to association, conveyors of abstract meaning rather than explicit messages.
In Listen (2017), Flood intervenes in an existing snapshot of a CNN news anchor, who is framed as though seated for a portrait. The image is reminiscent of bust portraits of authority figures, a common trope throughout Western art history. In Flood’s interpretation, the figure’s face is obscured by rough brushstrokes in gradients of gray, as though she wears a face shield, and her beady eyes peer out through small holes. The word “Listen” hovers next to her head, a subliminal subtext alluding to the propagandistic construct of contemporary cable news.
Although Flood adopts many visual symbols in his works, he presents them ambiguously so as to confront the use of images as tools for manipulation and control. 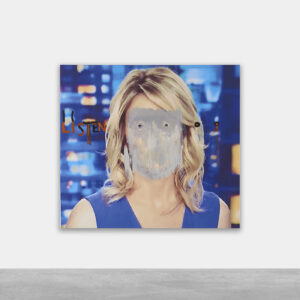 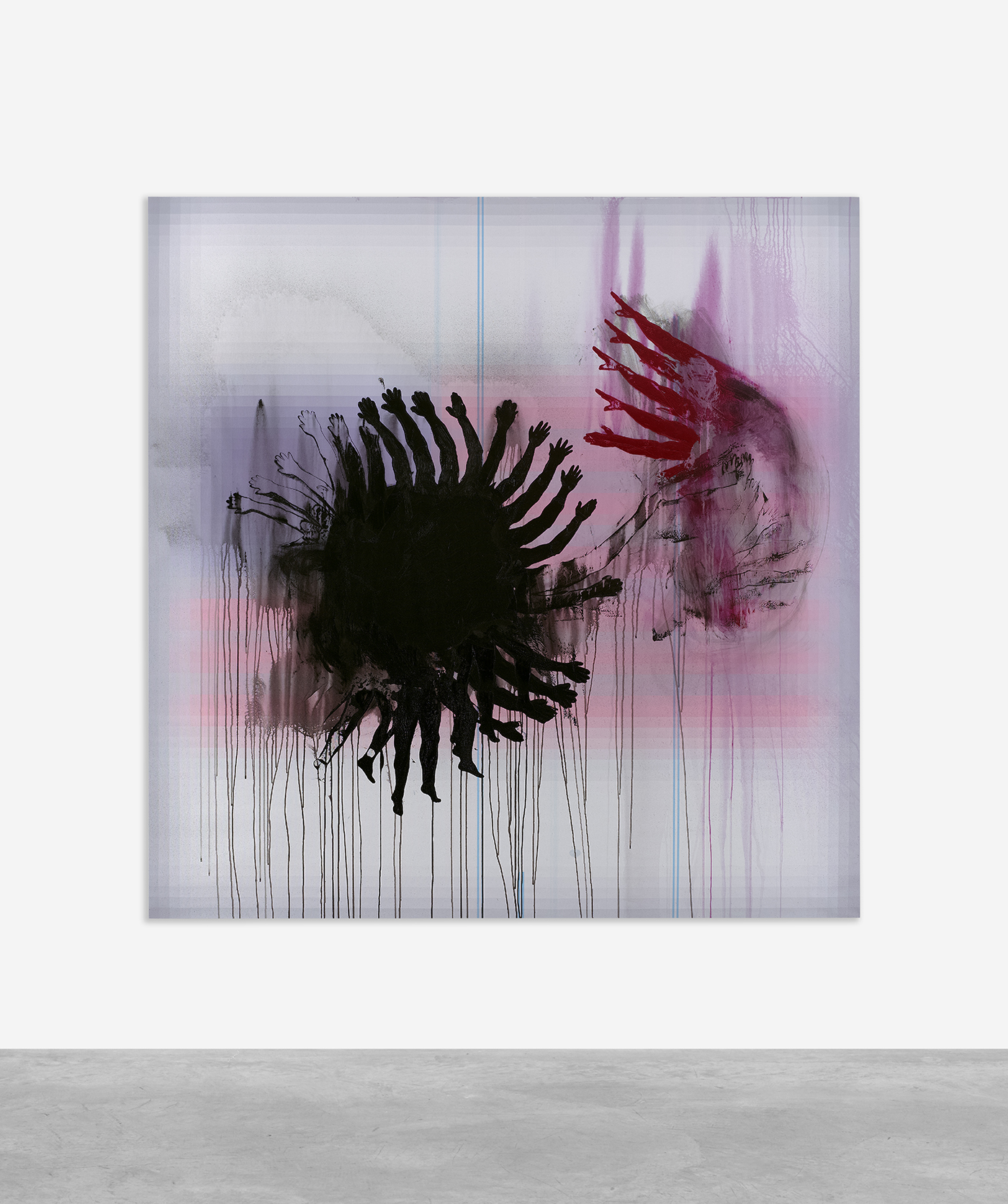 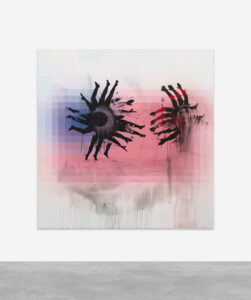 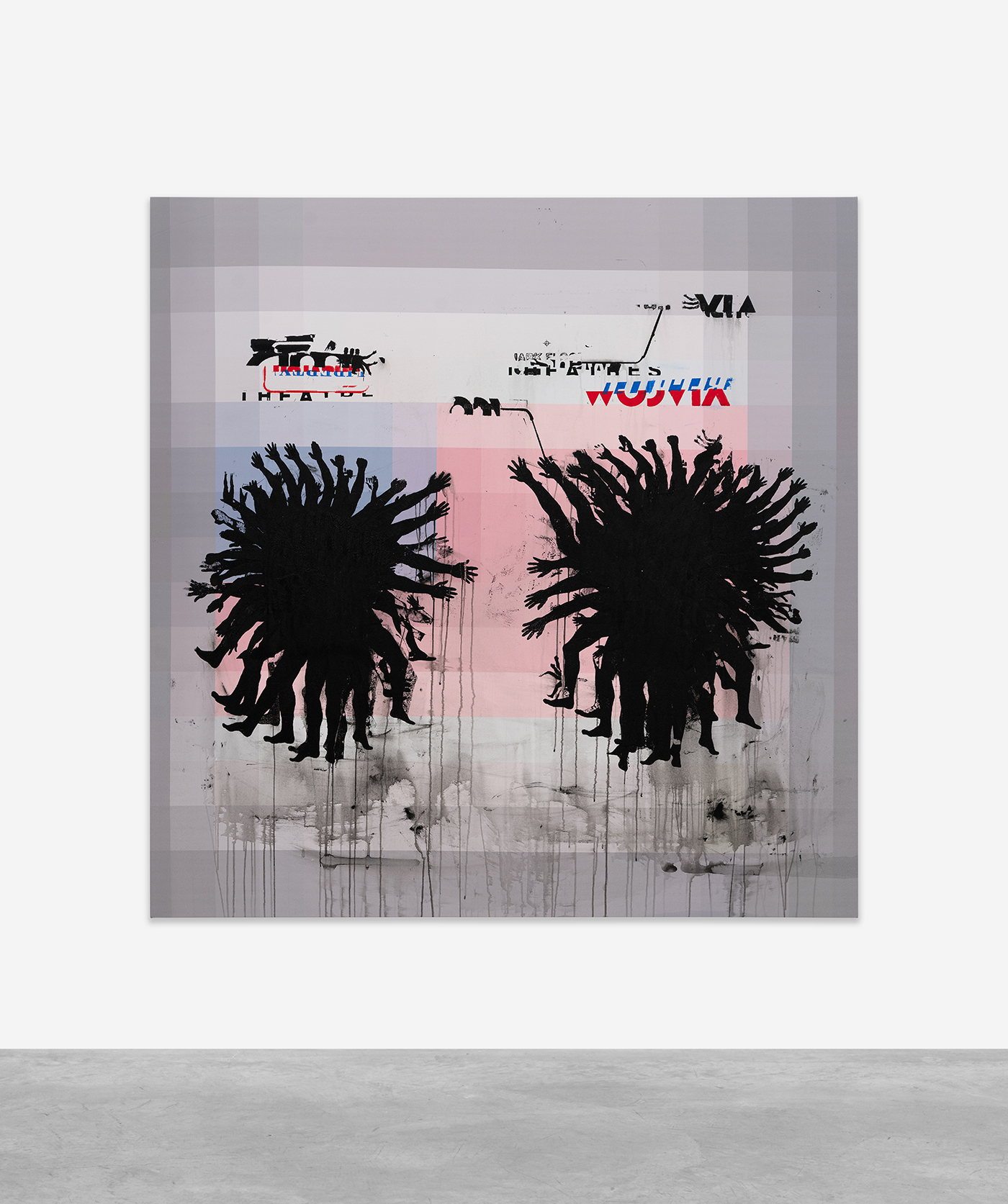