The first time I met Michael Dean was in Paris on April 21st, 2016, the very day of Prince’s death. It was during the opening of an exhibition dedicated to one of Michael’s lifelong idols, the French writer and playwright Pierre Guyotat. I asked him which of Prince’s tracks was his favorite to date, and without surprise he answered: Alphabet Street.

Alphabet Street became the subject line of many emails that followed, and four years later the British artist known for his rough and tender concrete sculptures, always closely linked to his writing practice, is opening a solo exhibition at Fondazione Converso in Milan.

This 16th century-old former Mannerist church that lived many lives after it’s deconsecration in 1808, became a majestuous recording studio between the 70’s and the 80’s used by Maria Callas and Mina. The first time Michael Dean visited Converso, he screamed his iconic anthem «FUCKSAKE» until his voice broke. That was his own singular way to measure the limits of the space.

There was never a difference in Michael Dean’s work between the inside and outside, what comes from inside the body needs to reach the same level of intensity in the outside. How to find solace from the powerful rhythm of a screaming bloody murder? 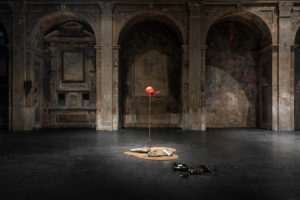 All of his sculptures were always transmitters and receivers in their own terms. They forever convey the hidden text / alphabet / voice that body language cannot repress. Sculptures as messengers from one Nile’s bank to the other, from one emotional state to the next. His works always being on the brink of collapse and joyful madness.

The End is the title chosen by Michael Dean for this exhibition. The afterimage here is Benito Mussolini’s corpse with Claretta Petacci’s: «The corpses were pelted with vegetables, spat at, urinated on, shot at and kicked; Mussolini’s face was disfigured by beatings,» Wikipedia recalls. The image of Mussolini’s corpse haunted the artist during his study of Italian history, circling back to art with its famous Futurist incarnation Profilo Continuo by Renato Giuseppe Bertelli in 1933.

Finally, Michael Dean placed on this holy floor some heart-shaped doormats, a pattern that he already used in the past, a manual on how to step on someone’s heart. 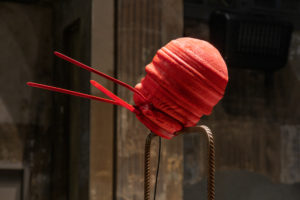 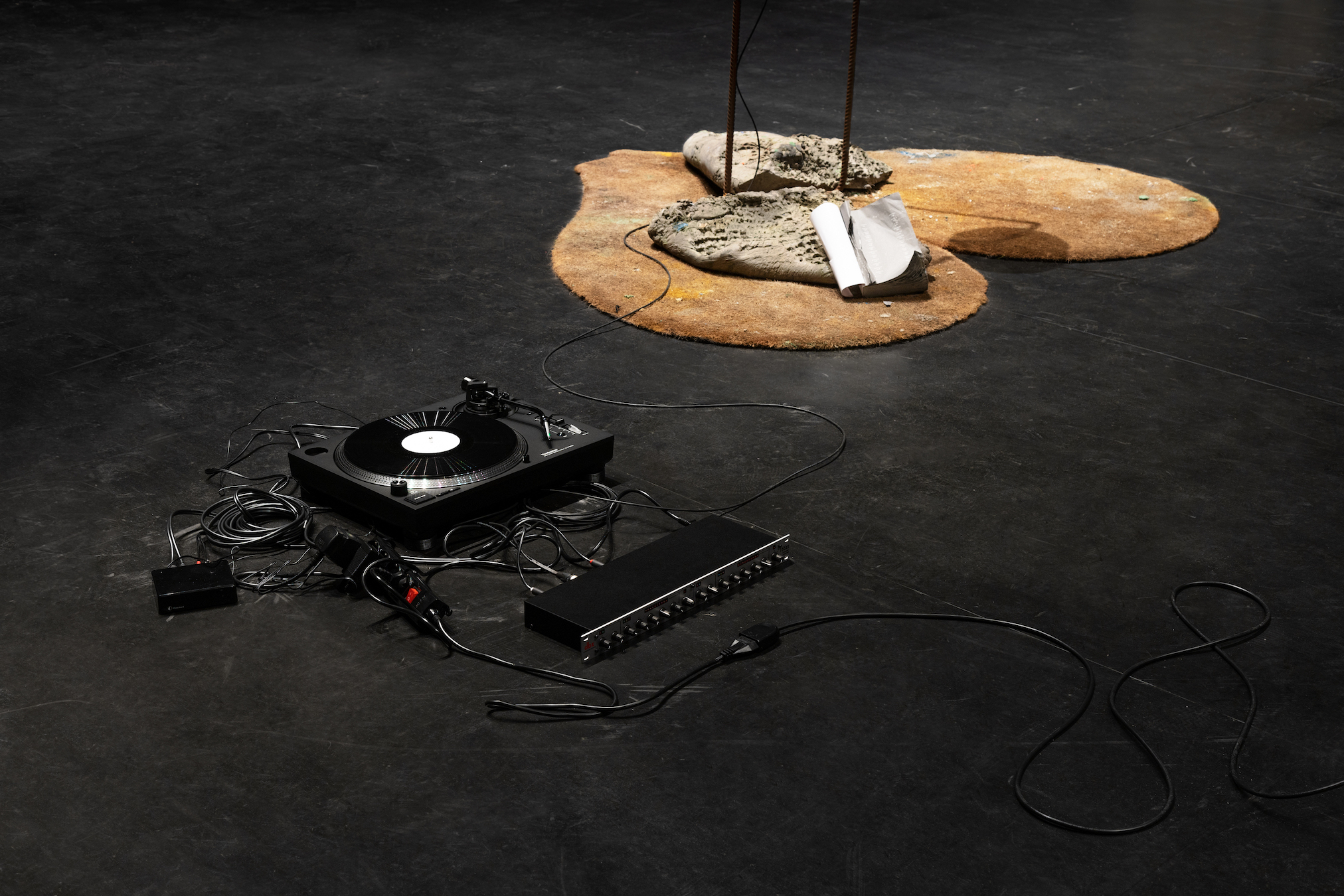 CREDITS
Courtesy of the artist and Fondazione Converso, Milan
Photos by t-space studio