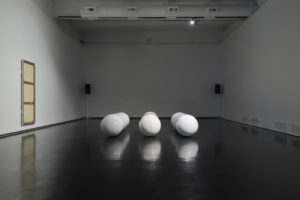 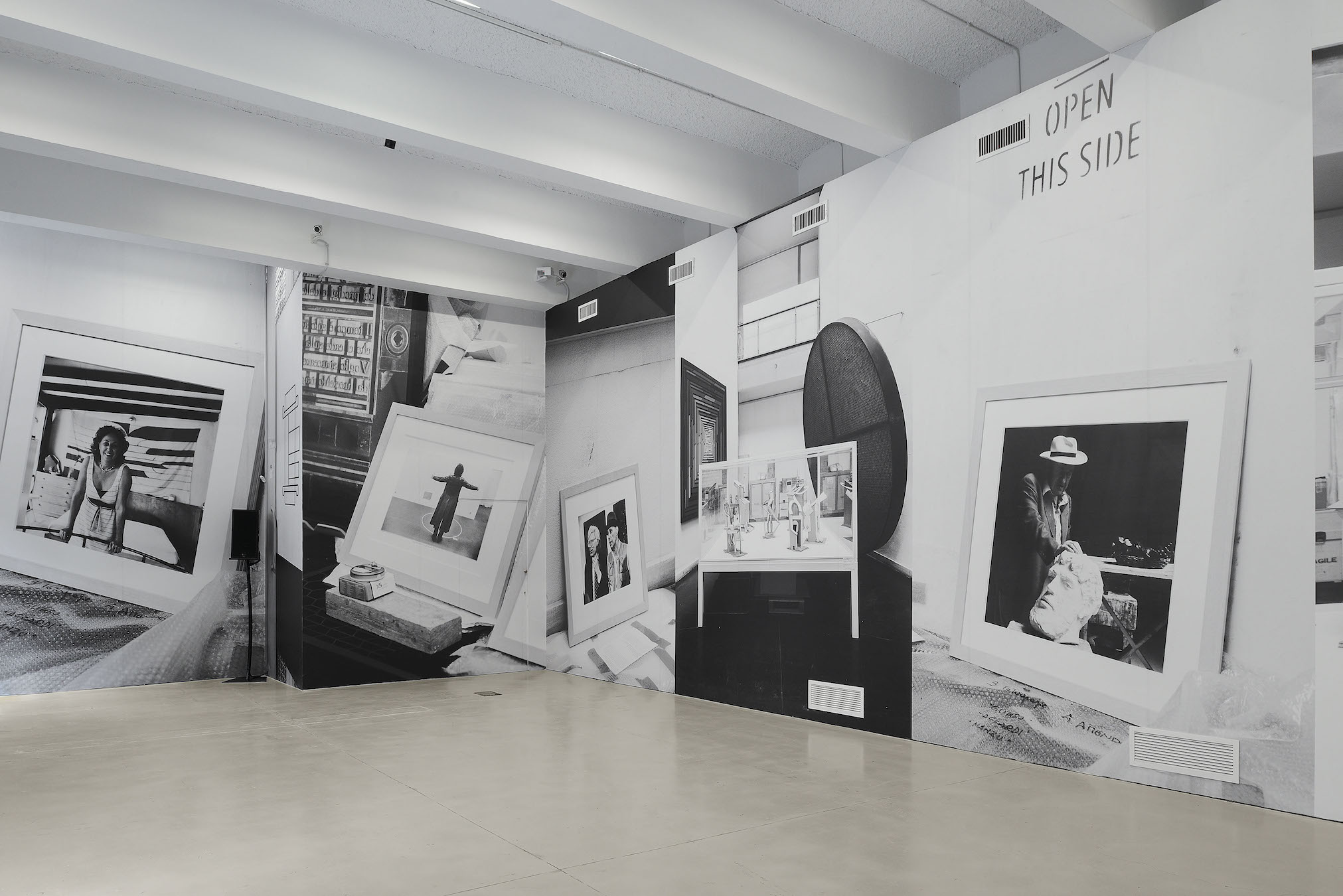 MACRO reopens to the public with Museum for Preventive Imagination — EDITORIAL, an exhibition that marks the resumption of the museum’s activities this summer, and the launch of a three-year exhibition programme under the new artistic director Luca Lo Pinto. The leading role is played by the museum itself, together with the many participants and contributions that grant it form: a manifesto-exhibition that introduces the project of the Museum for Preventive Imagination, which will continue to develop until the end of 2022. Nevertheless, the show also implies wider-ranging reflections on the physical and conceptual identity of the contemporary museum as an institution, encouraging visitors to let themselves be guided by the investigations and visions of the artists.

Along the way, viewers will encounter artists apparently distant from each other in terms of generation, background and language, including a number of almost forgotten or unconventional figures that elude precise categories, whose voices resonate together to trigger an experiment of redefinition of the concept of the museum, its characteristics and conventions.

For the first time in the history of MACRO, the event spreads through all the zones of the building, occupying an area of 10,000 square metres, including spaces not usually involved in exhibitions, with fifty-five works, many of which have been created for the occasion or have never been shown before. The result is immersion in an unprecedented visit mode, a dimension of rediscovery and reclamation that necessarily intertwines with the transformations imposed by the emergency of the pandemic on the experience of the museum.

The show expands in a diachronic, multidisciplinary context to evoke the history of the MACRO and the contents of a new chapter of its life at different degrees of intensity, connecting them to new perspectives. It unveils a stratified overview of the architecture of the museum, its storerooms, its memory, and of its host city. It places various disciplines on the same level, including cinema, music and poetry, revealing a system of unexpected connections in their gaps and interspaces.

This polyphony of voices is further amplified by a series of writers, called upon to translate their visit to the exhibition into narration, imagining ulterior dialogues with what they have seen. These chronicles will be gathered in a book without images, where the exhibition is documented exclusively in words, with pieces by — among others — Ivan Carozzi, Valerio Magrelli, Francesco Pacifico, Tommaso Pincio, Veronica Raimo, Igiaba Scego, Elena Stancanelli, Nadia Terranova, Chiara Valerio.

Within this game of connections, the “editorial” of Museum for Preventive Imagination takes form. As in an introduction to the contents of a magazine written for those who will then explore its pages, the works on view foreshadow themes and protagonists, suggesting the directions and languages that will be “published” in the future, in this case by a living magazine that will continue its progress until the end of 2022.

The architecture of the MACRO will become the grid of a layout open to heterogeneous contents, offering visitors not only exhibitions but also columns and features to browse through in a fluid way. This device of knowledge production, constantly updated, is based on the idea of a place that is free of charge, to which to return repeatedly, forging one’s own pathways of interpretation. Not necessarily a series of events and openings, but instead a single, expansive exhibition in progress.

Since an editorial usually accompanies the presentation of a new identity, the museum — after renovations whose schedule has been inevitably prolonged due to the lockdown — appears on this occasion with a new image, already introduced on digital channels and in the campaign of communication of the exhibition. This is part of an overall vision created by the designer Marco Campardo, which also calls for two series of custom furnishings: Memory Foam, an upholstered furniture family based on the work of the artist Sante Monachesi, made in collaboration with the Dutch company CooLoo, and Butter Stool, a collection of stools resulting from a workshop in collaboration with the Academy of Fine Arts in Rome.

The design of the staff uniforms has been assigned to Fabio Quaranta, who has also created a line of limited-edition t-shirts for merchandising: starting from sportswear heritage, he has replaced the classic embroidered “crocodile” with the image of an octopus, the museum’s avatar, designed by the artist Nicola Pecoraro. 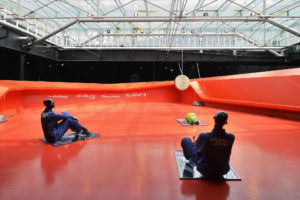 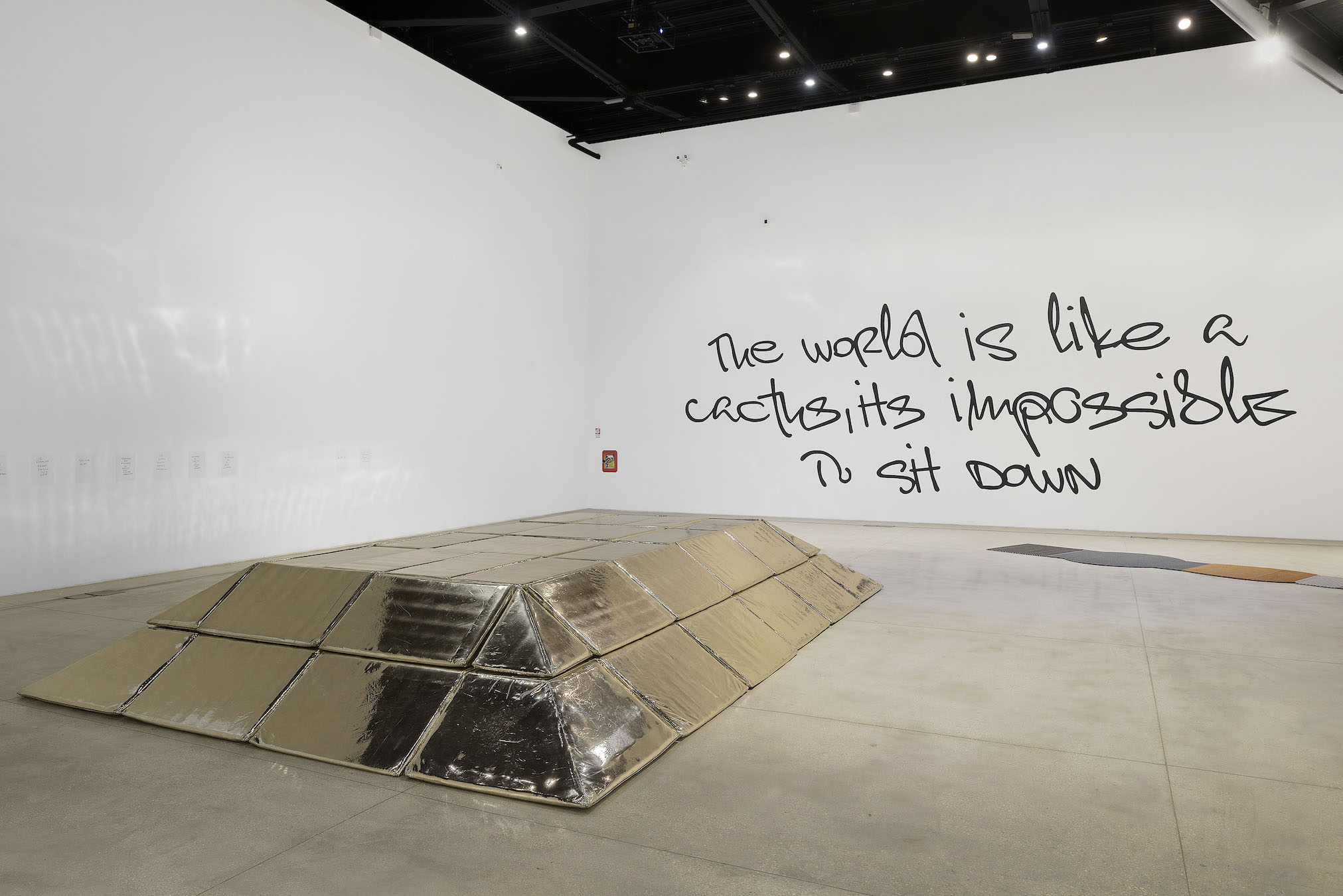