Nature of Robotics: An Expanded Field 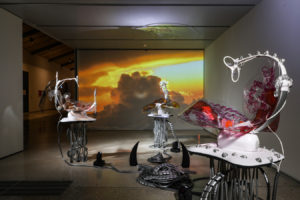 The premise behind Nature of Robotics is to offer an unconventional look at the subject of robotics and to extend its understanding into broader notions, situated at the frontier between science and the visual arts. Modular, reconfigurable, soft, micro and bio robotics manifest the new paradigms of a discipline facing constant renewal. Through artists’ works and scientific productions from EPFL laboratories, Nature of Robotics invites contemporary reflection on the place of artificial agents in our natural and social ecosystems. Visions emerging from the laboratories are juxtaposed with speculative creatures, drawings, diagrams, and videos produced by contemporary artists. The exhibition revisits the notion of the “expanded field”1, echoing Rosalind Krauss’s expression “the expanded field of sculpture”; this notion is employed here in order to ground a curatorial endeavour, framing robotics in environment-related thinking.

COVID-19 has introduced a novel sense of precariousness, and the role of technologies is questioned in light of a global phenomenon that challenges us at our most fundamental level. Just as Bruno Latour foresaw in relation to the ecological crisis, “the whole fabric of life”2 is implicated in our response to COVID-19. The virus outbreak disrupted first our bodies, then our habits, intensifying our dependence on technology for survival and communication; at the very origin of the pandemic were the consequences of our controversial relationship with the environment and the violent alteration of ecosystems. The disruption caused by the pandemic reframed all our concerns: on a deeply intertwined scale, animals and humans, the environment, biology and technology appear as the interdependent factors of an ongoing crisis. All are actors/agents of what could be an overcoming or even transcendence of its destructive forces. 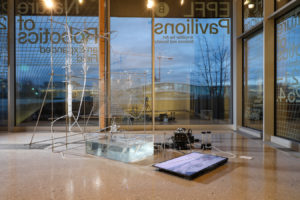 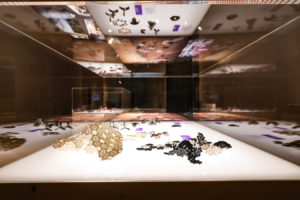 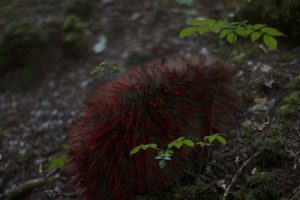 Alexandra Daisy Ginsberg, “Rewilding with Synthetic Biology” from Designing for the Sixth Extinction, 2013-15

Nature of Robotics widens the scope of this reflection, questioning robotics as a science; it reveals how technological advancements and developments are structurally dependent on a process of investigation and learning through “observation” of the natural world. Cautious observers and inventive creators, artists and scientists explore the complexities of our biological ecosystems. While far from a historical presentation of robotic art, the show nevertheless intends to acknowledge this tradition, notably through the pioneering work of Jean Tinguely in his film Study for an End of the World No. 2, shot in the Nevada desert in 1962, anticipating Krauss’s later theorisation.

Agnes Denes’ Visual Philosophy punctuates the exhibition space; Alexandra Daisy Ginsberg’s view on synthetic biology and Basim Magdy’s films, metaphorically question the trajectories opened by scientific research. Suzanne Treister’s visions of a post-futuristic sublime, Katja Novitskova’s sci-fi-like creatures fed with imaging from the EPFL MicroBioRobotic Systems Lab, and Claudia Comte’s viscous animations hint to hypothetical “not-so-distant” futures. Haseeb Ahmed’s site-specific work, creates a parallel between the global stock market and meteorological phenomena, while Trevor Paglen’s photographs act as a reminder of the involvement of robotic technologies in practices of war and surveillance. Acknowledging “expansion” as a method, Nature of Robotics explores the value of “thinking the expanded field” as a way of approaching the increasingly interrelated network of artistic and scientific discourses. The narratives crossing the space lead towards the creation of such connections. Through an orchestrated sequence of artistic and scientific manifestations the exhibition thus expands the field of robotics to understand it as a multi-layered discipline, magnifying our observation, knowledge and imagination of environments and of past and future hybrid ecosystems. 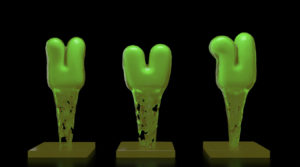 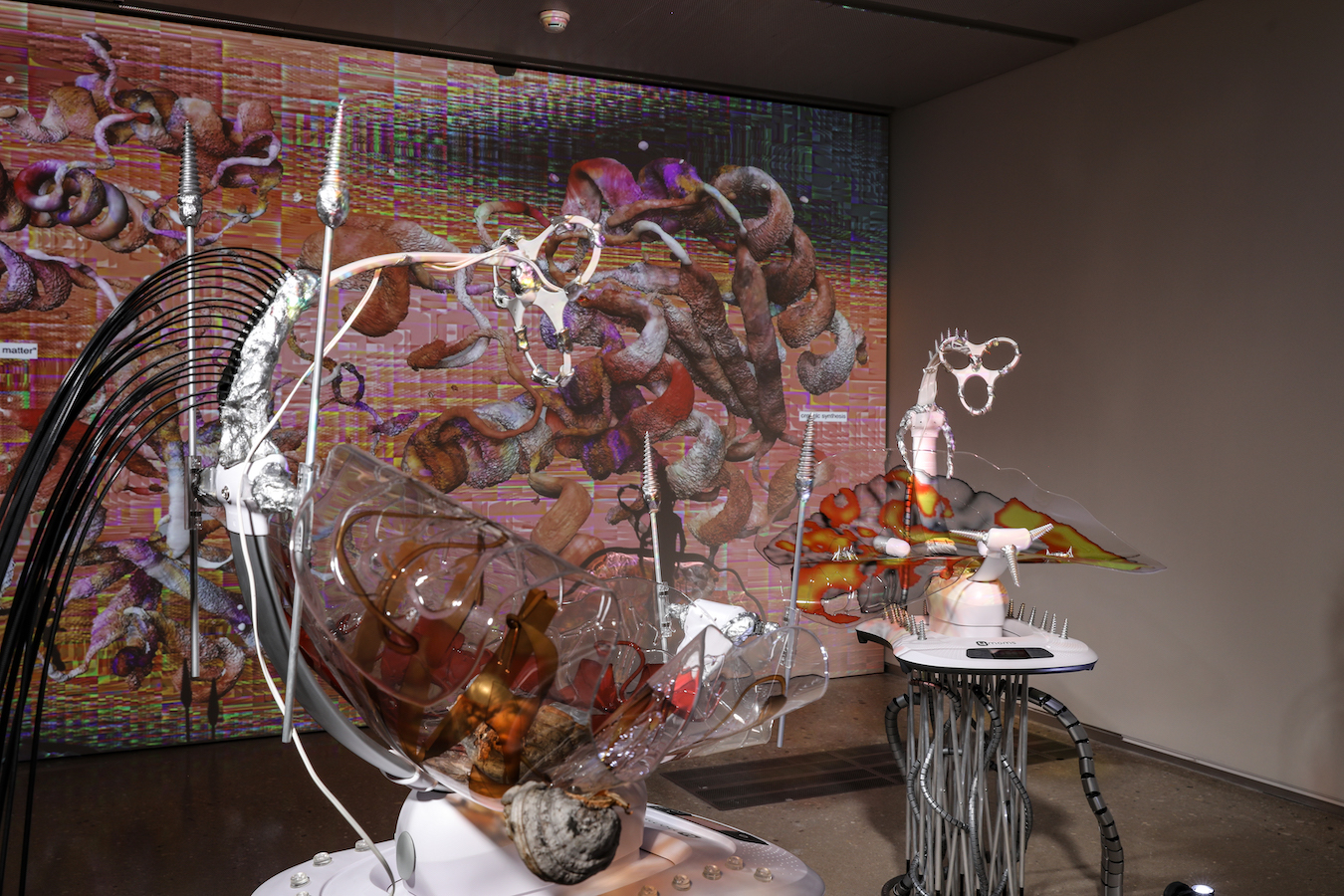 Bruno Latour, A Cautious Prometheus? A Few Steps Toward a Philosophy of Design (with Special Attention to Peter Sloterdijk). Keynote lecture for the Networks of Design meeting of the Design History Society, Falmouth, Cornwall, 3 September 2008.