In 2018 fascism persists in the United States. Ethical and moral ambiguities are reshaping the political landscape as violations against human rights and variations on ‘truth’ are practiced with frightening regularity. In her newly released book, Your Art Will Save Your Life, art consultant Beth Pickens devotes an entire chapter to the dilemma of whether or not artists should quit making work during this presidency. A question her clients ask under agonizing self-imposed pressure to give up. Her answer of course is no. She writes, “artists have to make art because it is how they process being alive.” More so, art is the gateway through which social thought and change blossom. Throughout history, art and artists have been a vital and necessary voice against any and all oppressive regimes, and whether their work is a direct response or a subtle critique art has the power to change conversations and focus efforts. In much the same way, David Wojnarowicz’s practice challenged ideas of homosexuality during the AIDS’ crises, humanizing the queer voice where nuance and three-dimensionality had been stripped away, Paul Sepuya’s photography asks the viewer to consider its subjectivity in a decade of looking. The majority of the general public spends its day staring at a smartphone with very little curiosity about where and who is filtering their images. The algorithm is our curator, as evidenced by at the time lightly dismissed and cheekily mocked ‘free the nipple’ movement aimed at censorship of the female breast on Instagram. Levity has dissipated as the reality has set in that censorship on social media is in our midst and attacking art. This year alone, the work by Laura Aguilar and Zoe Leonard’s manifesto I Want A Dyke for President were repeatedly deleted while activists scrambled to repost, sometimes having their accounts disabled altogether for ‘violating’ community standards.

Enter Paul Sepuya whose art stands like a lighthouse blinking in this storm. Sepuya’s use of his own body in his photographs is both an act of transparency as well as an assertion that his humanity is behind the work, not an algorithm, app or third party. 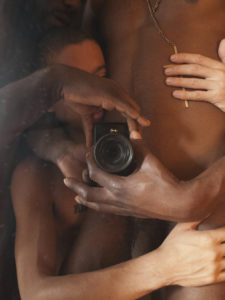 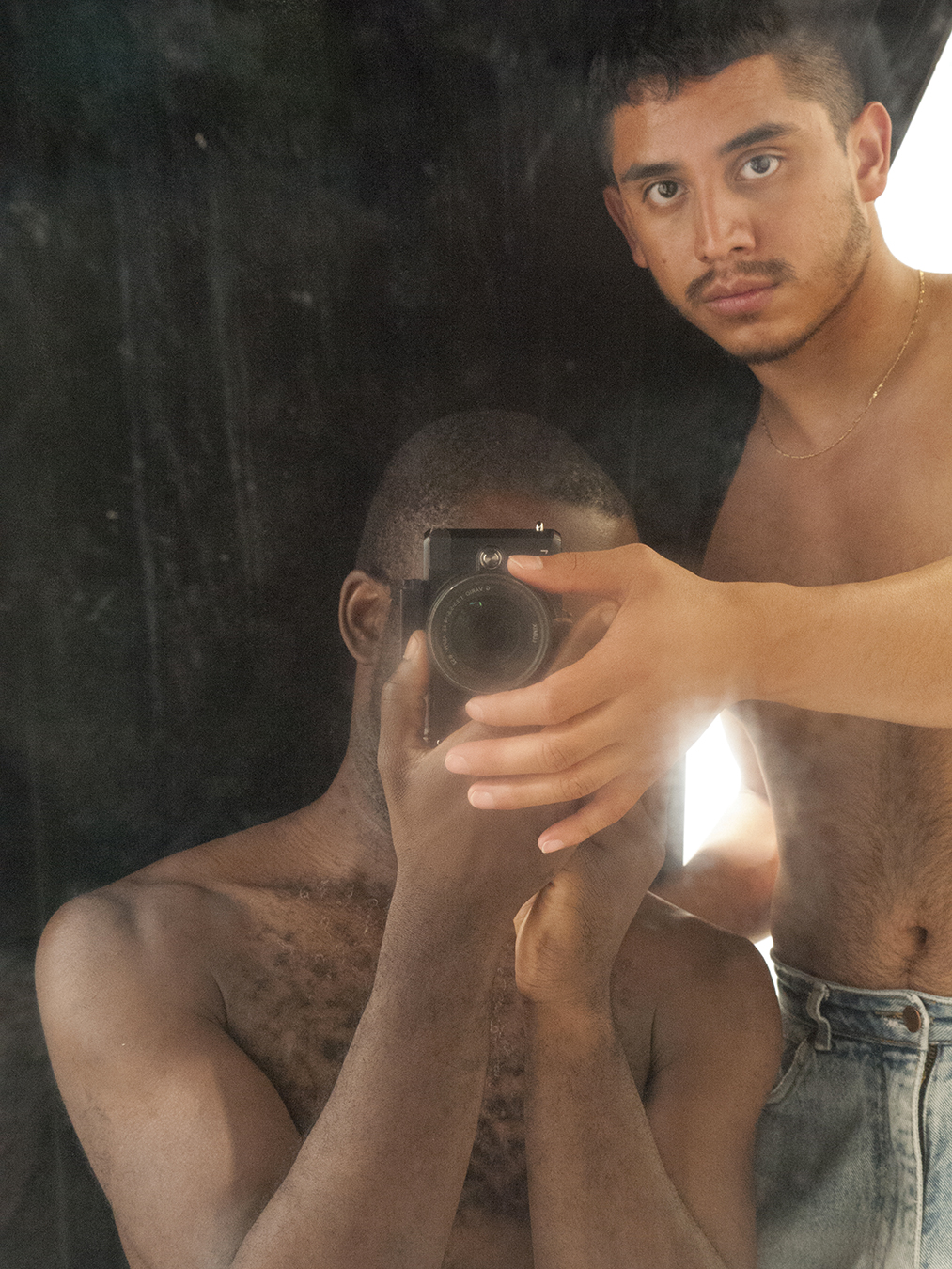 His collage pieces offer a fresh approach to this honesty, as he manipulates images without the help of Photoshop or technology, creating narratives with his own hand. Time and tenderness are his tools. His gaze is not that of the white cis faceless editor hiding behind the scenes but rather an openly queer eye of color. He sees us, he sees you. The ‘us’ and ‘you’ being trampled upon by a fascist administration. As well the work is an act of collaboration. His subjects are friends and lovers. Sepuya makes visible a community of allies further reinforcing the reality of his community, offering an alternative story, one of inclusion, artistic risk, fun and bravery.
Sepuya’s art would be important during any recent decade, the sheer skill and beauty of it warrants attention but takes on extra weight in a time like this one. It positions itself as an opposing force against the erasure of queer culture in a moment when the White House of the United States has erased a page from the government website devoted to LGBT rights or any mention of queer advocacy. His work is an affront to this erasure and censorship and a reminder that communities like his are still visible, viable, alive and thriving despite efforts by the US government to bury and squash them. Sepuya’s pieces challenge the idea of otherness and speak joy into a regime of fear. His subjects are laughing, touching, investigating each other’s bodies, sulking sexily, pouting, peeping, lounging, talking, holding hands and peering inquisitively into the lens, a future that demands their presence if resistance is to prevail. For the artist it’s not so much breaking ground in the genre rather than a shift in perspective, an acknowledgment that more than one perspective exists. “I don’t think my gaze is new, but totally a part of homoerotic visual culture, high and low trash, critical and self-critical art discourses and a basic desire to be seen and to see myself as desirable.” 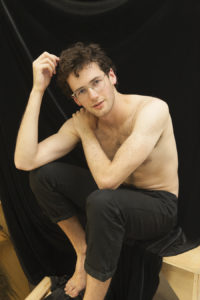 There is an Alice In Wonderland quality to the work as Sepuya often employs the use of mirrors. Hannah Wilke’s Through the Large Glass series and performances come to mind as her own looking queried the nature of femininity and female performance imparted to women since birth through patriarchy. Sepuya engages in a similar investigation of queerness and otherness. What does it mean to be a queer black man living in the United States in 2018? Dark Room, his latest series of works, probes this question. “Lately I have been working on a series of ‘darkroom’ pictures, and thinking about the possibilities of a specific kind of knowledge requiring darkness to throw itself into relief. I play with metaphors of the word ‘darkroom,’ using the material darkness of my body, or the black and brown velvets that make visible the indexical traces otherwise obliterated by white surfaces. It proposes the fundamental presence of blackness as requisite for visibility. These ideas are inextricably bound with the medium, and my project argues for acknowledging photography as first and foremost a process of constructive, subjective yet material desire.”

A kaleidoscope of bodies, hands, arms, legs buttocks become intertwined with the camera stand, lens and Sepuya himself.

Triangles are a common motif as well spinning into a whirlpool of collage and bodies, a matryoshka doll of queerness, a Rorschach interrogating our own idea of collaboration. “I’d probably think of the ‘traditional’ gaze as the male gaze, heterosexual or homosexual. It looks to possess and assess and fuck. I don’t know if I’m doing anything untraditional in the gaze but maybe trying to dig deeper into it, in how all its complications and pleasures go into homoerotic and homosocial relations.”

Careful detail is given to color, a muted pallet of maroons, skin tones, denim of various types against the stark whiteness of the studio walls. The impression of spontaneity is ever present as Sepuya’s subjects are often photographed in the act of movement sometimes gathered together as if painted subjects in Renaissance renderings of a Greek bacchanal or last supper. The vibe is communal and one of action continuously propelling itself into the next thing, whatever that may be. A sense that Sepuya and his camera are trying to keep up as much as they are trying to document. In other photographs men recline and a sense of calm settles around the edges, but even then subjects seem to be taking a rest or recently out of breath. Movement is the predominant mood of the pieces. Sepuya is not a nature photographer, subjects aren’t scaling mountains but each picture is engaged in a climb. Moving toward what is yet to be seen, but having been invited into the intimacies of his subjects we can imagine, is a future that is bold, vibrant, sleepy and at rest, settled and ready to yawn, spryly leaping and lazing, flirting closer to fucking without justification or shame, a world in which everyone can be seen, have their picture taken, and catch their breath.