When speaking of Sara Sadik’s work, to simplify, and in the artist’s own words, there is often talk of beurcore: in a sense, a reinvention of Afrofuturism based on the experiences and cultural references associated with the Maghrebin diasporas. But care should be taken not to reduce her work to an aestheticizing of urban cultures. This bias constantly threatens contemporary art by acting as a passageway between marginal or peripheral modes of life and the universe of commerce or publicity. How to pay justice to such work without tumbling into a descriptive exercise or a sociological explanation?

One might begin by saying that Sara Sadik offers initiatory scenarios—for both her characters and her publics. But this should not be understood as a way to edify “street life”—People who would thus be provided with culture—nor for white spectators, alien to the subcultures of second-generation immigrants, so as to hold their hands during a visit to the zoo.[1] Sara Sadik’s approach is above all transformational. In reality, this is more a matter of transmutation, since the change affects as much the “soul” as the material and the physical environment of our imaginaries: so it goes with the taga[2] that impregnates the soil of the utopian oasis of Zetla Zone, or else the sources of sodas that water it—like an alchemical elixir or else the sweet and abundant waters of the kawthar.[3]

Tu deuh la miss, Hlel academy, or Carnalito Full Option embody these initiatory rites: young men undergo both physical and affective trials, amid a staging which is as futuristic as it is mystagogic (with virtually systematic spectral appearances by the voice and the face of the artist as a great hierophant). 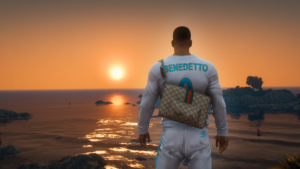 But the impression of attending a pastiche of reality TV should not deceive us. Behind these images and their lightness, a truly serious reality has been concealed. The initiation and its ritualistic elements are there to bring these characters (mostly non-whites and descendants of émigrés) into a radically different space, in which the virtual becomes an authentic reality, as opposed to an apparent reality in which all the values are inverted.

Among the devastating effects of institutionalized racism and poverty, it is necessary to take into consideration the process of de-symbolization that strikes their victims. The cultural and religious repression of the Islamophobic republic not only aims to exclude, but also to foreclose any feeling of community conveyed by symbolism. This is the objective when the right wing evokes so virulently and obscenely a Judaeo-Christian France: while the dominant benefit from a symbolic set of references, the oppressed are condemned to being stereotypes. 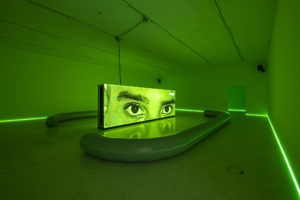 Here, virtuality takes on its entire meaning and reenchants a reality from which symbols and the work of dreaming have been excluded. Clearly, only an initiatory experience is capable of putting into suspension this ordinary reality, and so create a third space—which was traditionally the Quest for the Holy Grail, the Philosopher’s Stone, The Lady, or encountering an Angel. Re-symbolization aims at opening a door towards another dimension in which the event becomes possible and turns out to be charged with meaning and a transformational potential. It is opposed to the event as spectacle that at best has the virtue of warding off boredom. The hero of Khtobtogone, created inside the modified environment of the video game GTA, in a Marseille setting, embodies this will to create meaning, to symbolize his dilemma between a matey closeness with his neighborhood and the arrival of love, beyond that of a stifling routine and within a virtual space. By opening this transdimensional doorway, Sara Sadik curtails the moral concerns surrounding a lost youth in a world inhabited by superficial influencers, advertising algorithms and under the aegis of proprietary software. On the contrary, the artist manages to transfigure these places by configuring them into a kind of alchemical laboratory, working on the transformation of base metal into gold. It is thus possible to reread the full allegoric charge of the two master terms of the rapper JUL: “gold and platinum,” and “I’m called the UFO.”

What is gold for alchemists? It is the purification of impure minerals, not for personal enrichment, but because the result should perfectly reflect the Light of the Heart. No one knows what was meant by the Philosopher’s Stone which was capable of accomplishing this prodigy, but it can be said that it was “a vile thing of small price, is trod upon in the path of the Traveller, and in the very dung itself.”[4]

How does Sara Sadik work to purify, transfigure this dirt, this worthless thing? Love seems to play a large part. Here, too, one level of interpretation of this theme of love seems to emphasize the affective dead-end of poverty and racism, but it is also possible, in a complementary way, to dwell on the symbolic value of an amorous union, like that of the “chymical wedding” described by the alchemists as the marriage of the sun and the moon, which should allow a practicians to give “life” to the matter in their laboratory. Mutatis mutandis, it is by the radiance of love that a “pop” or “urban” frame of reference loses its basic material anchorage (or its vocation as a sociological object) to open the gateway to the dimension of the UFO, where the damned of the earth fulfil their vocation in the figure of the Angel—or of a Son Goku[5] in levitation.

The “zoo” is a street expression, popularized in rap, which describes life in the neighborhood with its turpitudes, thus echoing and overturning an animalistic stigma in a humoristic way.

“The kawthar is a river in paradise, its banks are made of gold, its bed consists of pearls and emeralds, its sand is more fragrant than musk, its water is sweeter than honey and whiter than snow,” description attributed to the Prophet Muhammad, Sahih al-Tirmidhi, hadith n° 3361.

Japanese fictional character created by Akira Toriyama and the main hero of the manga Dragon Ball.

All images Courtesy: the artist and Galerie Crèvecoeur, Paris

FÉLIX BOGGIO ÉWANJÉ-ÉPÉE is professor of Philosophy at secondary school.