in conversation with Anna Gritz 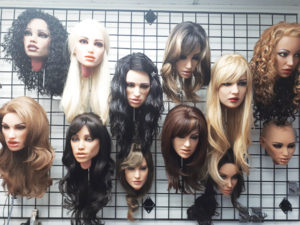 Anna Gritz: In the run up to your exhibition at KW Institute for Contemporary Art in November 2018 our conversations circled around the key terms of end-user and pre-order, and how they may be implicated in the relational politics of sex, art, and the market. The exhibition will unfold across three venues: Kunsthal Aarhus, KW in Berlin, and SMK in Copenhagen, with each of these institutions contributing towards the production of a sex robot prototype made available for pre-order. Can you unpack the terms ‘pre-order’ and ‘end-user’ in the context of the work you’re in the process of making?

Sidsel Meineche Hansen: The end-user of a product or service is the person or organization for whom it’s been designed, rather than the person who creates or maintains it. In relation to the commission from the three institutions you mentioned, I wanted to consider what kind of service I was expected to provide. I also wanted to think about sex as the nexus of art market value. Not in a metaphorical sense (art as prostitution) but in terms of the art object itself being a product of sexism. An artist’s market value hinges on their product being bought. Yet, selling out reflects negatively on an artist’s practice, often coinciding with the practice being deemed to have become too transactional, too much of a bodily activity or service. Market value then turns out to be this abstract thing defined by the art market. And in this sense, cultural capital might no longer belong to the exhibiting artist. It becomes available to an institution or private collector, who fixes it, and makes a return on the investment as art’s end-user. I don’t have an established market value but I participate in a field where value is determined by end-user purchasing power. So there is a connection between the sex robot, as a ‘minimum viable product’ and me. On a deeper level, the exhibition is about control and ownership. An object on pre-order is already someone else’s property. But there is this suspension of full ownership because the object has not reached its final form. A minimum viable product is a placeholder for a future commodity.

AG: Based on the prototype, each new copy of the robot will be produced according to a pre-order form that takes into account the buyer’s demand and taste. Can you say more about the prototype, the potential for customization and what it means for you to deliver your work through such a channel?

SMH: I’m working on a zombie-sex robot. Its body is based on an 18th-century ball-jointed wooden figure and I am incorporating silicon elements, from silicon sex dolls that are customizable. So it’s customizable in terms of what the sex doll market has to offer but not immediately ‘fuckable’. Rather than thinking about the sex robot as a subservient product that facilitates a sexual experience, I became interested in the idea of the sex robot as a data harvester and zombie whose dead body could be reanimated by its owner or clients. In a speculative reversal of roles, the emotional labor normally provided by the sex worker is instead harvested on the end of the client, through their interaction with an artificially intelligent sex doll. The more engaged (affectionate, violent, talkative) the client gets, the more data is generated. Fully functioning sex robots are not on the market yet. The pre-order form for RealDoll by Abyss Creations (one of the companies on the market that I recently visited) is an interesting mix of science fiction and crowdsourcing. E.g. The AI head of Harmony (which is the brand name of the sex robot they are developing) is currently on pre-order. When the product has been finalized and placed on the market, it can then be connected to the body of the RealDoll sex doll that has been around since the ’90s. At the same time, specialized brothels are currently opening up across Europe that advertise sex dolls (without AI) as a more physical medium for porn. These brothels provide a legal framework for understanding the interaction between doll and client as sex work e.g. the specific license one would need in order to run a doll brothel in Aarhus, Berlin, Copenhagen or elsewhere. Also, in recent discussions about Incel (the male supremacy group for ‘involuntary celibacy’ that advocates misogyny because women, in their view, withhold their ‘right to sex’), sex robots have been seen as the technological means for a re-redistribution of sex that reaches all members of society. Individuality, property, productivity, population, market, society, nation state, law, and rights are concepts attributed to the organization of human labor. Robots as workers could re-organize all of that. Sex robots are not separate to such processes of re-organization although they tap into the emotional forms of labor that are typically not accounted for. Returning to this idea of re-redistribution, I don’t think that Incel’s potential use of a sex doll is what is at stake here. What I am more creeped out by is how technology contributes towards upholding patriarchy and how the basic premise of white male entitlement is not addressed. 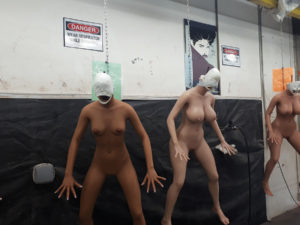 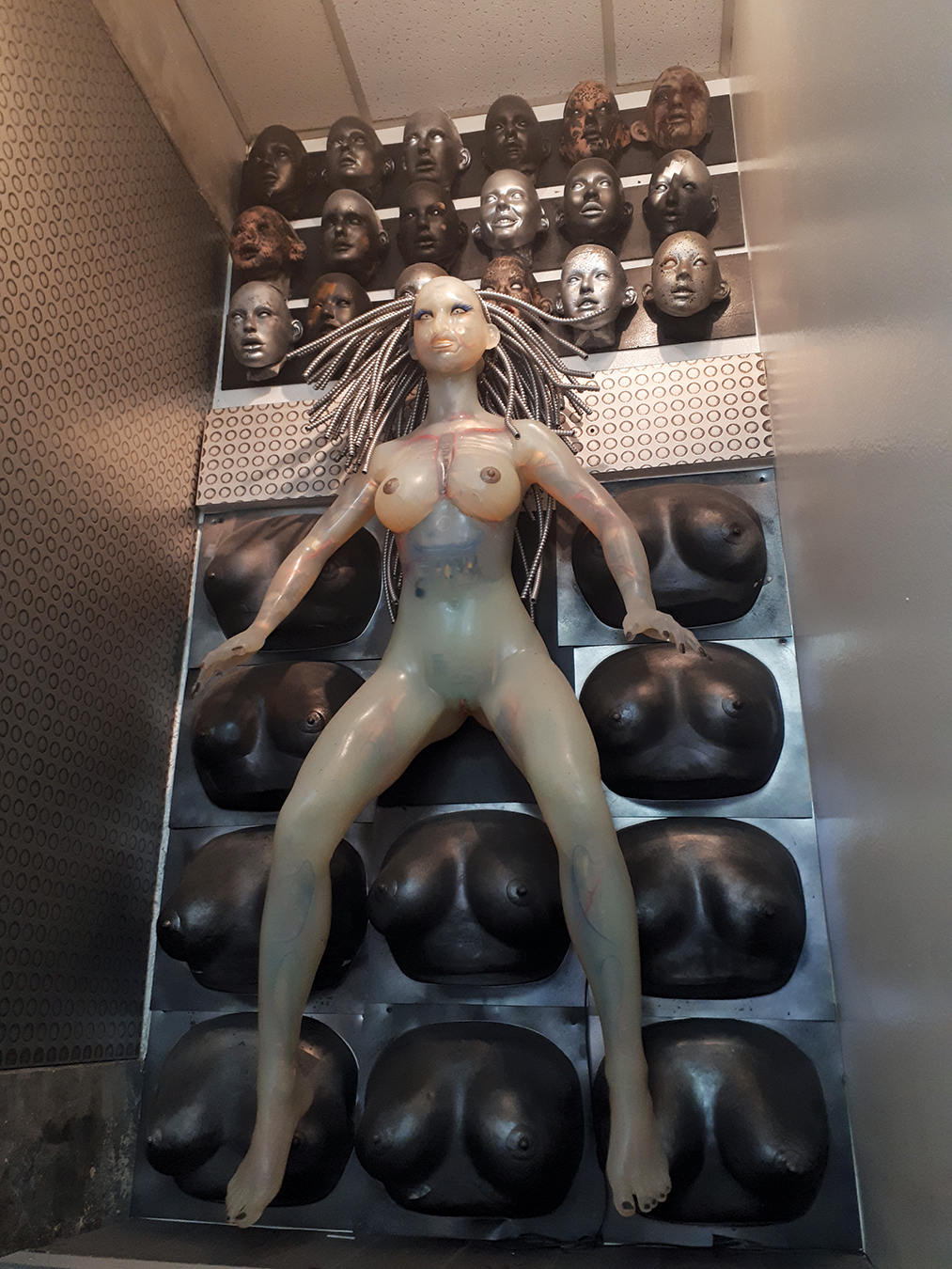 AG: Do you think about the afterlife of your sex robots at all? Would you consider empathy with an object designed for sexual pleasure to be misplaced?

SMH: I don’t think it’s misplaced. Maybe empathy is what makes it possible to instrumentalize the human recipient of technology. I don’t mean this in relation to this stuff about a friendly vs hostile singularity taking over the world, but more in terms of how intimate you can get with a robot and therefore how intimate the market can get with you. Hanson Robotics Ltd., which for example produced Sophia (the robot granted citizenship in Saudi Arabia), is all about robots smiling and being nice because they are building the AI’s learning environment and they need the human component to come on board with that. It’s funny that you mention afterlife. I guess robots are seen as superior because they can’t die. Parts of Silicon Valley’s culture is transhumanist and I see that very much as this new capitalist class which is trying to emancipate itself from biology. They can’t. But being a consumer of technology right now means that you are subject to their fantasy of humans and robots merging. Robot literally means forced labor. As a continuation of this colonial logic, sex robots have complex ties to the body treated in the way of a commodity. Conceptually as well as practically, I want to be specific about the use and afterlife of the sex robot I am producing. I also wanted to think about maintenance in relation to my practice and what I do. I usually develop affective ties with the works I produce. And in some cases I’ve felt resentment towards selling the work, because of the separation and limited control you have over your work once it’s sold. The pre-order and end-user agreement that I’m in the process of drafting is therefore also a way to police the relationship I have to my work.

AG: The potential of sex with a doll or robot changes the binary relationship of sexuality in a variety of ways, however most blatantly it takes the desires and dislikes of one of the partners out of the equation, leaving the act as self pleasuring via a proxy. In the past you have sought out similar spaces of supposed potential sexual freedom from societal obligations, physical and legal restrictions in the virtual world of Oculus Rift and 3D avatars. How does that space of a sexual encounter between a human and a robot relate to these works?

AG: Andrea Fraser’s under examined work Untitled (2003) has come up repeatedly in our conversation and I would like to hear your thoughts about linking the artistic exchange, in terms of labor, service, legality, authority, authorship and commerce in relation to what we consider sex work.

SMH: Because of the specific arrangements made for the Untitled piece (with the collector paying up front for a copy of the sex tape he features in), you get the impression that Andrea Fraser is in charge of how the tape and her performance is made into a commodity. A couple of months ago Monica Lewinsky wrote this open letter called “The House of Gaslight” in the age of #MeToo, were she was reflecting on her experience of public shaming in the late 1990s. Part of her feminism then was to retain her sense of agency by claiming that the relationship was consensual. Twenty years later, #MeToo introduces this wider intersectional framework and she no longer considers the question of consent in isolation from the position she was in as an intern working in the White House for the US President. I’m bringing the letter up, not because I think she is a particular relevant example for the movement (considering how sexual abuse is most commonly directed at brown and black women) but because it made me think about the grey zones in Fraser’s piece. Untitled is a critique of the market. The purchasing power of the collector is curbed by the artist’s agenda. The art market is what defines the price of the piece. Yet it’s the sexism that equates the price as a finite number of the artist’s worth rather than the price of a service she provided for her peers and audiences. In connection to the new work I am making, Andrea Fraser’s Untitled has been a reference. I have been thinking about the trust she put forth between gallerist, the collector and herself. And issues around control, in terms of the circulation and reception of work. A sex robot is a market specific product and fully instrumentalized already, which means that my work takes a different starting point in terms of performance.