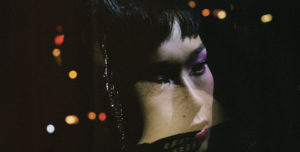 With his playful interrogation of the post-human, spanning sci-fi manikins and anatomical textiles, fleshy fences and dog sculptures, New York-based Stewart Uoo underscores the ever accelerating commodification of relationality and authenticity. 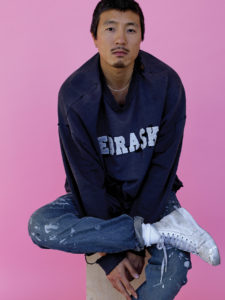 If New York is dead—aka safe, gentrified, no longer cool—Sex and the City then, broadcasting cosmos and Magnolia Bakery to basic bitches all over midwest, helped drive the nail in the coffin. It’s a narrative that lingered anyways (and still does) when Stewart Uoo (b. 1985, California) exhibited his No Sex, No City manikin series at the Whitney Museum in 2013, almost a decade after the HBO show’s final season. If the city was dead, then Uoo was resuscitating the corpses of its assassins with his zombie sculptures. Like every friend group, there was a Miranda, a Carrie, a Charlotte, and a Samantha, but they looked like hybrid human-machines who survived (or maybe not) a nuclear apocalypse. The materials list included glitter, maggot cocoons, synthetic eyelashes, and wires. No Sex, No City: Miranda had a bedraggled, falling-apart backpack slung over one shoulder; No Sex, No City: Samantha II wore a singed pink beret. Installed on metal poles screwed into the walls and floor, the deconstructed partial manikins had the impression of being impaled, like the cautionary heads displayed on spikes at London Bridge. Despite these implications of violence, the tone straddled the playfully absurd.

A lot of Uoo’s work over the years draws from pop culture like sci-fi, anime, and first-person shooter games to tease out the tensions inherent to today’s New York, where authenticity is forever being commodified and the cycles of gentrification seemingly accelerating. Following the Whitney, Uoo’s next major exhibition was No Tears in Rain (2014) at Berlin’s Galerie Buchholz, the title pulled from the android’s Shakespearian monologue at the end of Ridley Scott’s Blade Runner (1982) and the subjects of its photos cast from the city’s queer nightlife scene. The photos shot like a fashion editorial by Heji Shin (who was working more in commercial portraiture and advertising than fine art photography at the time) imagined Uoo’s artist friends (notorious it-girl multihyphenates then just on the cusp of becoming) Juliana Huxtable, Dese Escobar, and Eliot Glass like android video game characters—the cinematic scenes full of cables, nipples, and guns, anointed with sexy titles like Bad Bitch Heaven and Trust No One. The exhibition consisted of these photos as well as sculptures that took ornamental metal window guards pervasive throughout Brooklyn and embellished them with idiosyncratic dermatological contagions—think SFX meets STD. The gnarly surfaces gestured at post-human mutation as well as the sort of superficial distressing techniques that upcycle “authenticity” and prime a neighborhood for white infill and redevelopment.

Several of Uoo’s security gate sculptures feature arabesques, the sort of curly cue almost-heart shapes popular on rod-iron fencing. The definition of an arabesque is something that straddles the ornamental and the figurative, curving lines that loiter and twirl in the realm of the not-quite—not quite vines, laurels, flowers, or hearts. 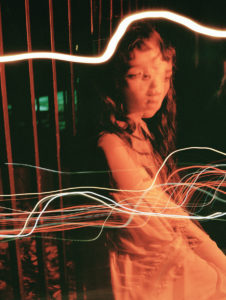 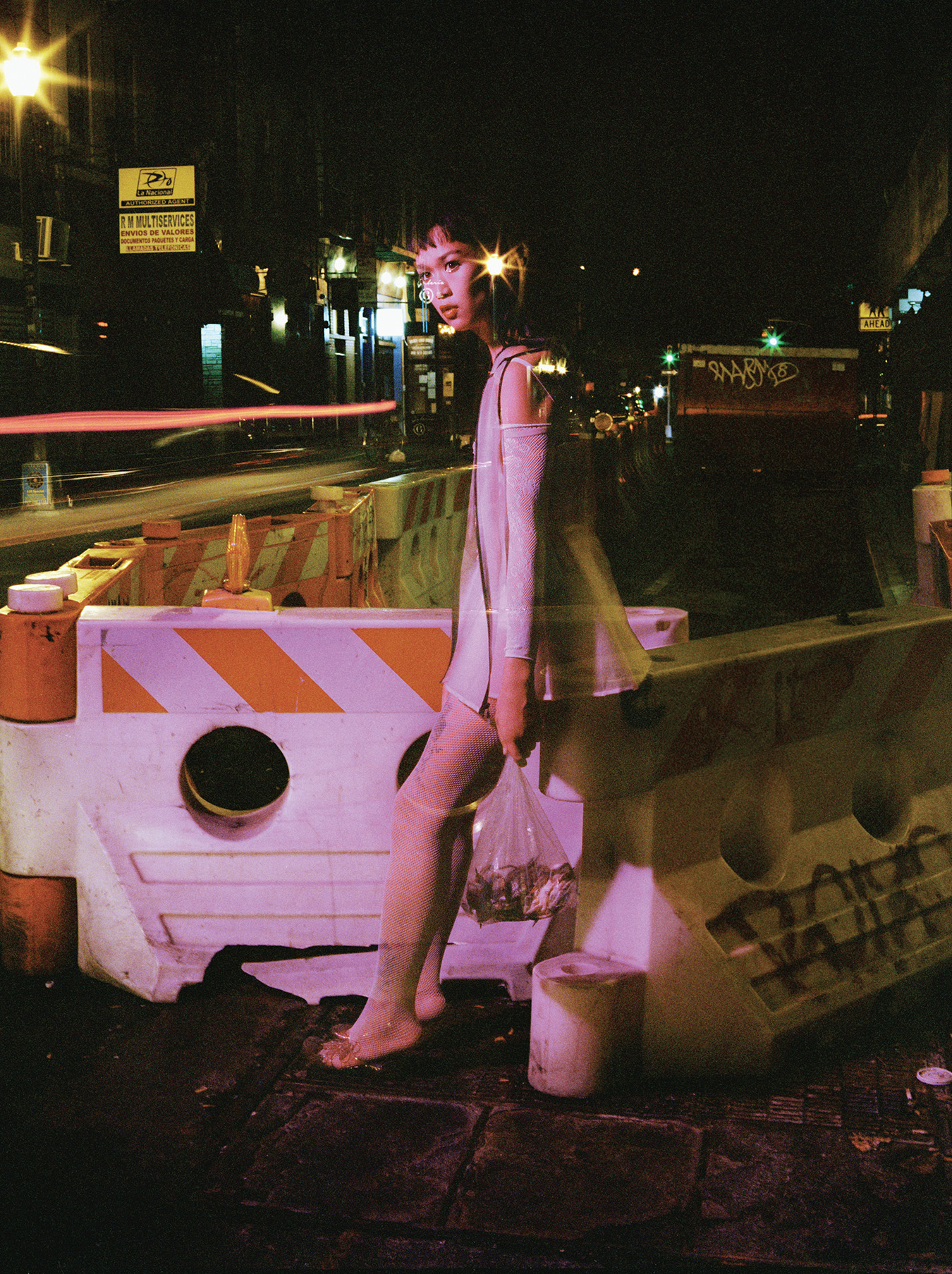 The arabesque is a cousin of the grotesque. (Edgar Allan Poe has a book of short stories called Tales of the Grotesque and Arabesque.) But more freaky deaky Halloweenish than its kin, the grotesque, or grottoesque, refers to the architectural detailing that adorns Gothic buildings—a gargoyle is a type of grotesque—characterized by doubleness, hybridity, and metamorphosis. Of course, more colloquially, the word grotesque suggests body horror, monstrous surreality, and a push-and-pull between desire and repulsion, all of which are on view in Uoo’s fleshy forbidding fences. Adding to the liminality at play, the gates Uoo used are designed to guard windows, porous boundaries between inside and out; removed from their protective function and mounted in the gallery space, they also reference the Brooklyn buildings from which they come, real estate on the cusp of ghetto and gentrified, the recontextualization self-reflexively suggesting the way the show has done something similar with the people in the photos, personas from the “authentic” underground commodified into collector-ready art objects.

Uoo’s next muse Contessa Stuto, who featured in Curtains (2016) at 47 Canal, is another nightlife personality, one whose biography encapsulates the tensions inherent to the possibility of an underground in today’s developed New York. At the time a micro-famous maven of the after-hours scene making music under her rap moniker Cunt Mafia, Stuto was working in the day as a real estate agent showing apartments in rapidly gentrifying Bushwick. She branded the side hustle “Estate Realness” and her agent bio reads “NY Born and Raised salesperson with a creative twist.” Living up to her claim in the Curtains press release that she’s “the realest bitch you’ve ever seen,” in the profile pic on her professional Instagram, Stuto is wearing a bondage collar. On the same profile dedicated to apartment listings, Uoo shows me his favorite apartment video tour where she catalogs with ASMR appeal the unit’s closets, laundry, and central air before showing off its “ssssuicide balcony,” his obsession with Stuto clearly a part of the broader focus in his work on mortality, development, self-fashioning, and humor as well as the slippery nature of authenticity and aspiration.

It’s hard to know how much of the audience of Curtains at the downtown Manhattan gallery where it showed would have been familiar with Stuto. There’s definitely at least some crossover between the artgoers and the party literate. But knowing Stuto’s backstory certainly makes the work richer while also offering a clearer throughline between this body of work presented at 47 Canal and Uoo’s past exhibitions. For Curtains, Uoo cast Stuto as a gallerina staging a photo editorial in the gallery’s backrooms, a storage space, office, and fire escape. Again, he’s provoking us to think about the selling of authenticity, this time even more self-consciously a reflection on the art world’s mechanics. But there’s a different pull to this exhibition, which is less sci-fi and more earnest-fantastic, centering around textile works both by and inspired by Uoo’s mentor and former professor Franklin Williams (b. 1940) and offset by spatial interventions, crude windows cut into the walls of the gallery that offer a view of the behind-the-scenes work spaces Stuto was photographed in. If we follow the metaphor of pulling back the curtains, there’s a sense of spotlighting the business operations that greatly affect the narrative and context around artists like Uoo and Williams’s works. 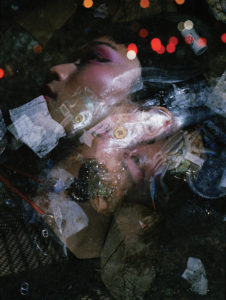 A couple of Uoo’s soft sculptures feature giant scrotum-like balls dangling from curtain rods in clusters of three or more, the fabrics suggesting sweatpants and polos, fishnets and camo fleece—anatomical but make it fashion. With their playful nod to revealing what’s usually concealed by clothing, these works function like a deadpan literalization of the Northern California art movement “Nut Art,” which Williams helped to pioneer in the late 1960s and early 1970s—though the movement in actuality had nothing to do with genitals, it referred to a nut as in an eccentric, and was distinguished by an emphasis on humor, process over product, and personal mythologies. Arguably Williams’s work wasn’t as successful as it should’ve been (if one can make the claim anyone deserves status because of merit) because the artist bucked trends and didn’t fit easily into the narratives being pedaled at the time. If Uoo was at least in part including Williams’s work in his show to recontextualize him for a new audience, the gesture was fruitful. The following year a retrospective of Williams’s work at the Art Museum of Sonoma County spurred a Hyperallergic article calling him an “unsung master” and a solo show at Los Angeles’s Parker Gallery was an Artforum Critics’ Pick. (Another instance of Uoo using his artist status as a platform for others is the performance series It’s Get Better, which since 2013 has been presented at various venues including Artists Space, MoMA PS1, and London’s ICA and sees Uoo as a sort of ringmaster for the queer underground shepherding the avantgarde and after hours into a more institutional setting.)

Like Williams’s, not all Uoo’s work fits neatly into an easily commodifiable narrative. The artist, after all, is a human being not just a brand or a series of meditations on a theme an algorithm could produce ad nauseam (not yet anyways). Working across different mediums and in different registers, in Uoo’s oeuvre, there are interrogations of relationality, pop culture trendiness, and apocalyptic aspiration as they relate to technological and cultural forces that inform our post-human condition. But there are also, for example, quieter works on paper, erotic pencil drawings exchanged with his brother while he was in prison and watercolors inspired by Japanese anime director Yoshiaki Kawajiri’s films. Right now the artist is working on a new garden sculpture series, figures of dogs, ambiguously sleeping or dead. There’s an accompanying film in the works too, sourced from viral animal videos, together the sculptures and moving image piece meditating on how pets function as surrogates for children in the gay community—and the sale of the works potentially funding Uoo himself getting a pet dog. It’s another exploration of relationality, hyperconscious of the commodifiable and the commercial. Selves are sold and companions bought, but our need to love and care no less urgent.

WHITNEY MALLETT is a writer and filmmaker. Her work has been presented at MoMA PS1 and the Baltimore Museum of Art as well as published by The New York Times, Artforum, Art in America, Nowness, N+1, DIS, and others.