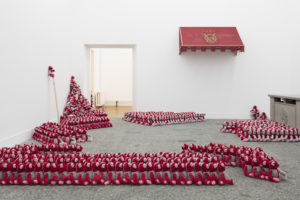 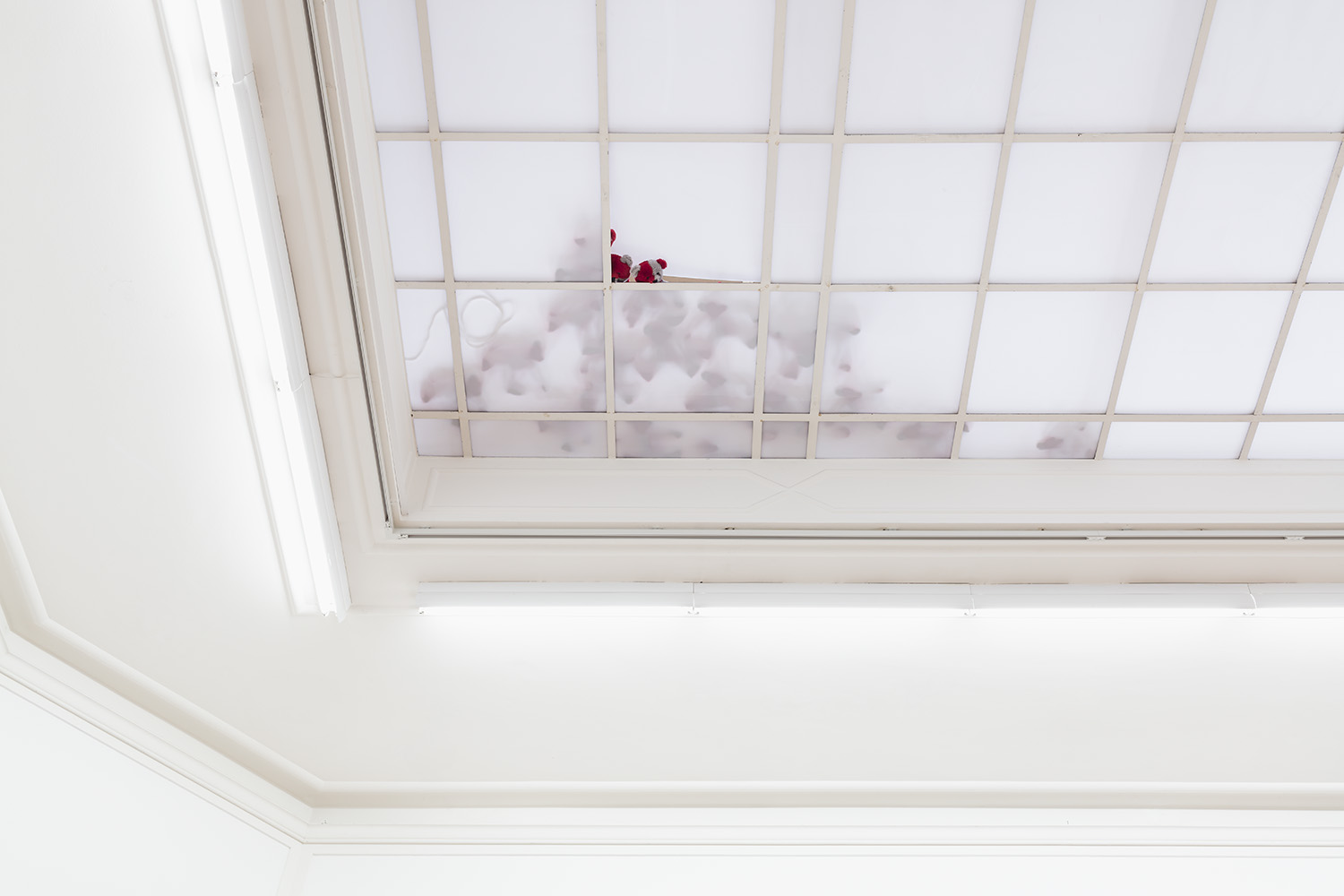 In 2020, right in the middle of the pandemic, while some of the world had the means to self-isolate, Tobias Kaspar, confronted by the closure of galleries, fairs, museums and art centers, overcame his economic difficulties and the absence of projects by offering Rented Life. Before renting out his life, Tobias Kaspar had already risen to prominence thanks to his eclectic propositions, the founding of a magazine called Provence and of a brand of jeans named Tobias Kaspar. On questioning the artist—who generally refuses any form of labeling—what is striking is the arborescence of his references ranging, among others, from John Knight to Dominique Gonzalez-Foerster. Might we deduce that Tobias Kaspar is extending a postmodern tropism which would consist in questioning the collusion between art and cultural industries?

The context of the arrival of his magazine is enlightening: in 2009, the launch which took place at Art Basel was accompanied by a presentation of ephemera—advertisements taken from magazines—from the collector and agent Ghislain Mollet-Viéville and works by John Knight: 11 issues of the magazine Interiors (1982-83) which resulted from a project entitled Journal Series which began in 1977. Mollet-Viéville, a collector of minimal and conceptual art, is known for having turned his private apartment into a space combining presentation and production. He was one of the first to have opened out conceptual art by mingling, for example, advertising, photoshoots, or else the Discussions of Ian Wilson. While Knight’s Journal Series was presented in exhibitions (Art Institute, Chicago, 1982), it transcended the context because it alluded to magazines that can be found in kiosks and which are devoted to leisure activities and a more pleasant everyday life. As Anne Rorimer has pointed out, this work in magazines which “represent the dominant set of values promulgated by the mass media and supported by the vast majority […] depends on the recipient selected by Knight ”, according to a play of contrasts between the editorial content and what the recipient represents socio-culturally (John Knight, The Renaissance Society at the University of Chicago, 1983). After the founding of Provence, the initiators thus positioned themselves as critics of socio-cultural mechanisms and investigators of the means of distribution. 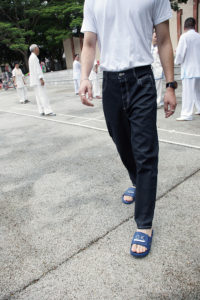 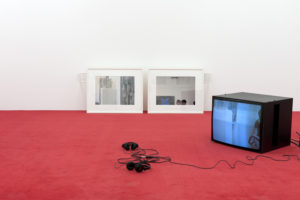 In 2012, Tobias Kaspar conceived an installation at the Halle für Kunst in Lüneburg. Its title—Bodies in the Backdrop—uses that of a project—in particular a fashion photo shoot—by the artist Philippe Cazal produced in Mollet-Viéville’s apartment for the review Public. Under the sign of the inevitable resurgence of the body, the exhibition consisted of a series of photos of visitors to the Guggenheim Foundation in Venice associated with quotations from Peggy Guggenheim, taken from her autobiography Out of this Century, Confessions of an Art Addict (1946). With its impeccable presentation, its red carpet dividing the architecture and the composition into a close-up of the photos, Tobias Kaspar played on and with the tacit theatricality of the exhibition and of the art world in general. More recently, in 2018, for the Kunsthalle Bern, the artist juxtaposed two corpuses, including embroideries representing Europe at the turn of the 20th century destined for the Japanese market and blown up to life size. As stereotypes, their disturbed historicity contrasts with stuffed toys worthy of a souvenir shop and laid out in compact numbers, mocking the visitors to the institution.

Today, like yesterday, artists question the relationship between art and the market economy. Yves Klein published a cheque as a “handover of a volume of transferable, immaterial sensitivity” (1959). With the conceptual art of the late 1960s—a movement during which an artwork might or might not be made, by the artist or else delegated—a work relied on contractual modalities. Seth Siegelaub, the art dealer, exhibition curator and publisher, proposed in 1971 the contract “The Artist’s Reserved Rights Transfer and Sale Agreement” elaborated with the lawyer Robert Projansky. This document aimed at remedying the inequalities between the market and resale rights. Since then, artists have diversified their socio-economic statuses, as well as the means of production and transaction. Daniel Buren introduced a resales right allowing him to benefit from some of the profits of subsequent sales transactions. Michael Asher set the amount of his fees according to the median of the salary scales of the institution that had invited him. In Switzerland, in 2020, the art world witnessed crises and claims. In April of the same year, the proprietary company of Art Basel announced swingeing layoffs while a Swiss investigation “Into the conditions of artists’ work” deplored their precarity. In the summer of 2021, Tobias Kaspar occupied the Apartment of the MAMCO (Geneva), permanent rooms focused on conceptual and minimal art in the museum and the reconstitution of Mollet-Viéville’s home. With Rented Life, during which Tobias Kaspar suggested hiring out his life, the Apartment became, once more, a site for production in the museum. Thanks to bookkeeping, Kaspar was reduced to having budgets for spending like a series of expenditures or a set of lots to be subscribed to. In the catalog of lots, some expenses were generic—insurance, cigarettes, apartment—while others designated specific social habits: americano, vegetable basket, Pilates, champagne. Finally, some titles misappropriate or reproduce the ideologies of marketing and art: the phone bill is entitled World, salt.ch, (Unlimited Phone Data) or else there is Music Spotify® Premium Family. As for the works, their stylistic and narrative registers are full of humor. The abstract or deduced forms, such as monochrome or the inventory, are characteristic of the reductionist procedures of the minimal and conceptual art of the 1960s. It is said about the series of monochromes that it is a renewed attempt to reproduce the color of champagne. A set of film photographs were taken with a disposable camera whose obsolescence echoes plane trips, a means of transport greatly reduced by the pandemic. The works, offered on subscription to cover the costs of a chauffeur-driven car, consist of a series of small, modeled horses whose finesse and care evoke an amateur practice. Next year, Tobias Kaspar is envisaging a second phase in which he will take an interest in tales of the economic crisis.

Merchandise lies at the heart of the postmodern debate, which envisages it as a trap (Jameson/Warhol) or a phenomenon to be neutralized (Buchloh/Schwitters). All of the procedures adopted by Tobias Kaspar—subscriptions, enrolments, periodical publications, etc.—are set in the history of the modern economy. Subscriptions are linked to the idea of periodical productions and hire purchase. In the 15th and 16th centuries, publishers of geographic maps sought for subscribers to new editions produced after expeditions and discoveries. In the 17th century, subscriptions provided economic security for the press. Two centuries later, this meant being able to sell photographs on credit. By cutting up his life into expense budgets and lots, Tobias Kaspar has freed himself from any postmodern division and combines a quantity of intersecting tales of emancipation and subjugation, institutional criticism, social distinction, marketing and the “commodification” of culture. 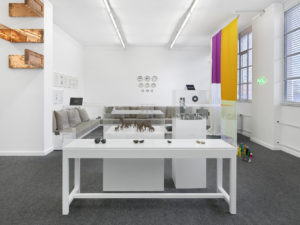 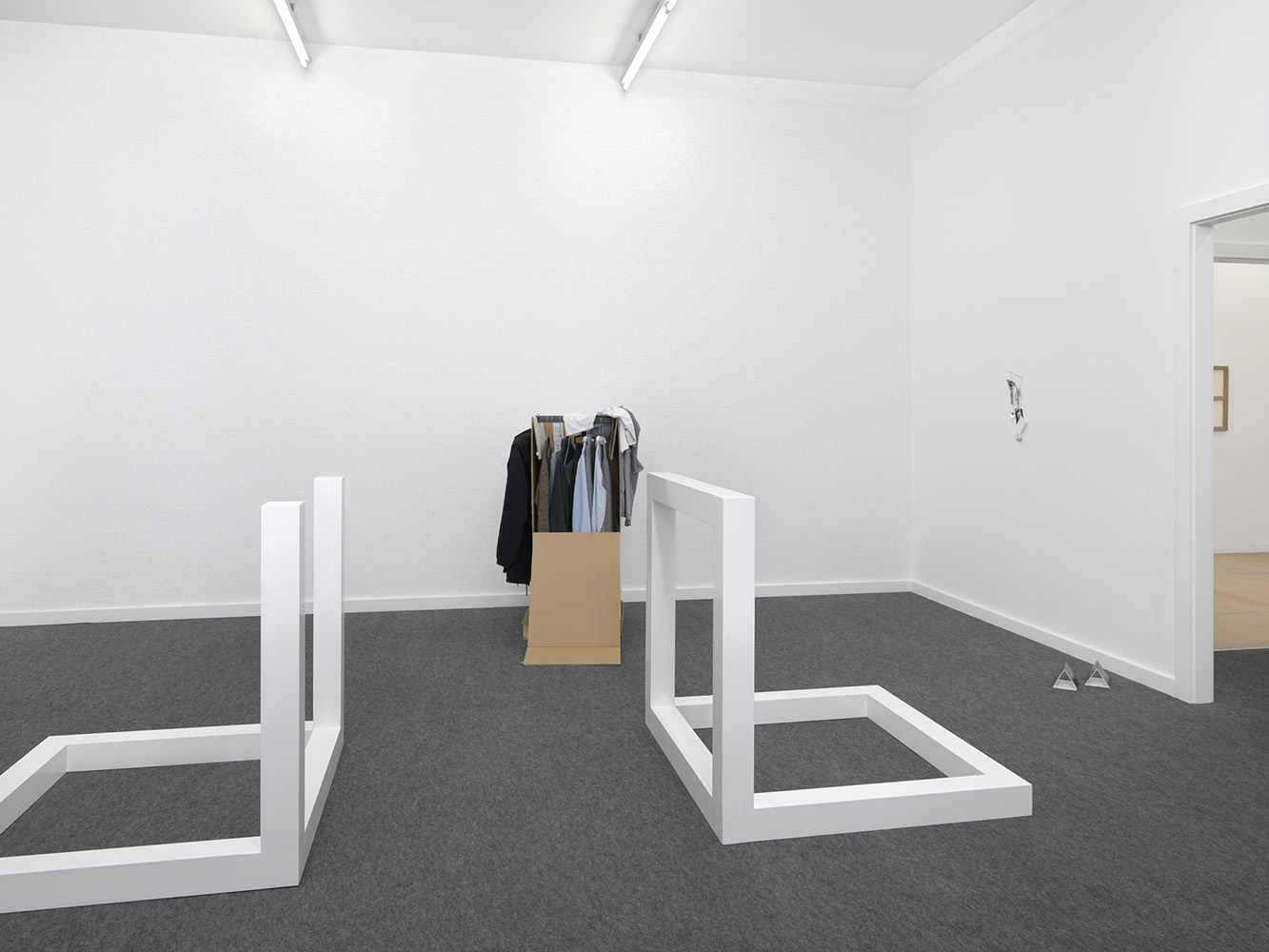 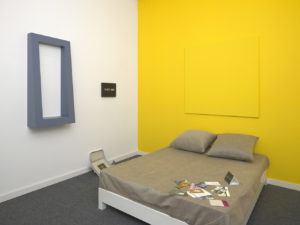 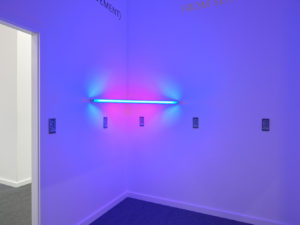 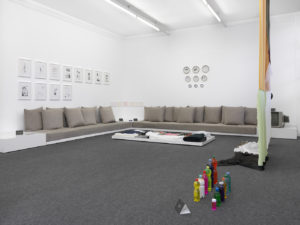