Yu Ji presents an array of new and recent works that span sculpture, installation, video and performance. The human body, both as a sculptural object and a condensed expression of action, is a sustained point of reference. Employing basic materials such as concrete, mortar and iron bars, her sculptures pursue ideas that have recurred in her work over the past decade – the potency of the fragment, the relationship between ‘original’ and ‘reproduction’, and the tension between individual consciousness and mass urban experience.

Yu Ji has described her works as forming a landscape inside the gallery – a dispersed set of objects and ideas, variously impersonal and subjective. In a new sculptural assemblage, concrete torsos sit or lie in various states of brokenness, evoking fragments of ancient statuary. Their lopped limbs reveal sections of the iron bars that provide their internal structuring, so as to resemble a rubble of reinforced concrete. In places, the bodies have been augmented – filled in – by sections of cast soap that resembles wax, becoming hybrids of different casting materials, dually robust and dissolvable. The figures veer, too, between realism – suggesting life casts from certain angles – and a semblance of smooth, rounded anonymity. 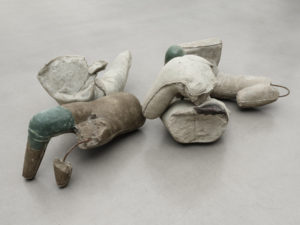 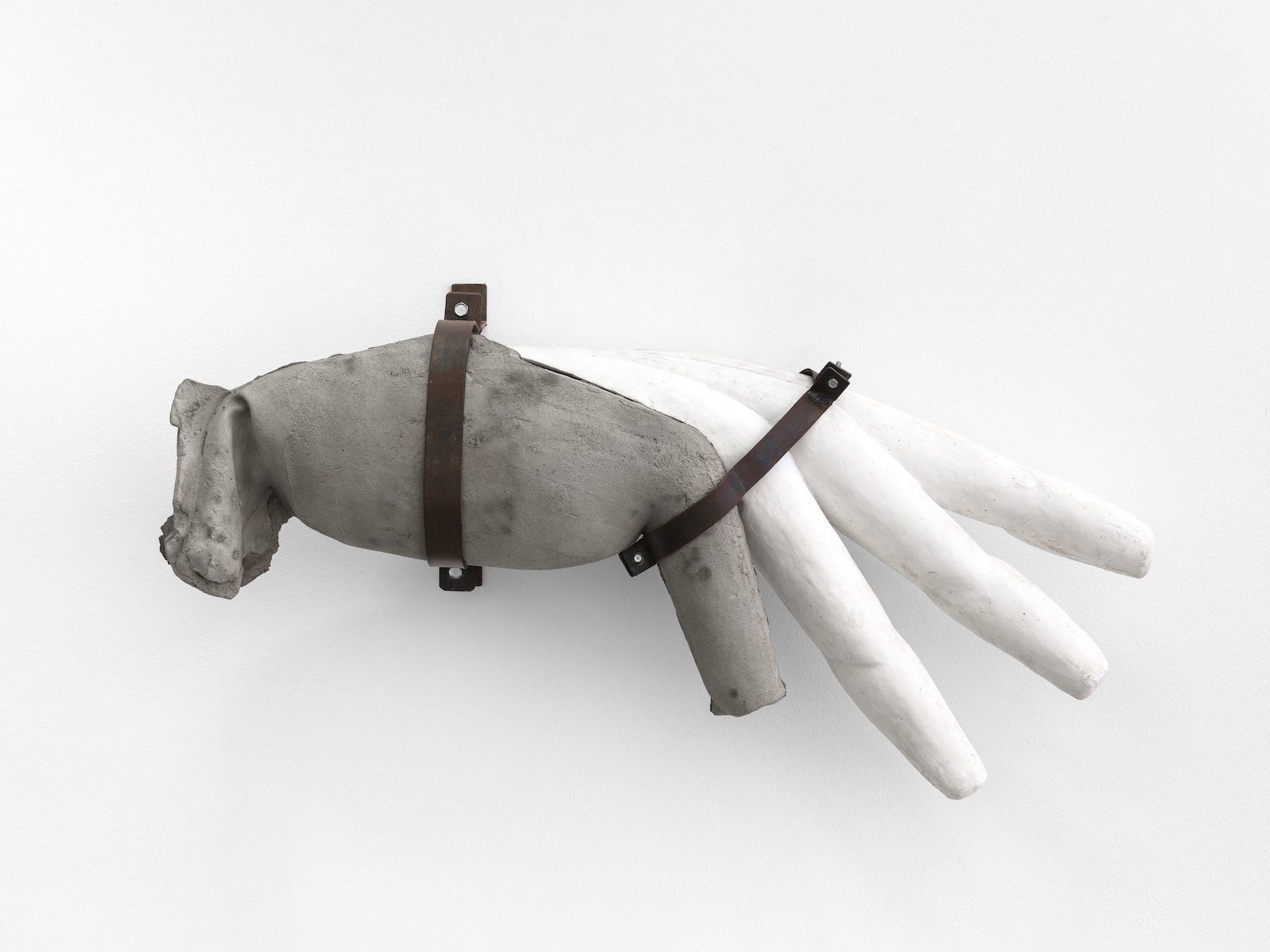 Throughout her recent work, Yu Ji explores both the familiarity and the otherness of the sculptural body. Knees cast from resin and brushed with numerous layers of charred wax have been marooned on the gallery floor as dark conical mounds. Flesh in Stone – Ghost No. 1, 2018, originated in a live sitting in the artist’s studio, during which male models were instructed to test the physical limits of their bodies; Yu Ji depicted their strained torsos and flexed limbs in clay models. The resulting sculpture consists of the superimposed forms of thighs – cast in concrete and plaster – strapped together by an iron belt and mounted on top of an iron table. Terminating in hip joints and shorn-off ankles, the objects suggest anatomical models or ‘cast-offs’. And yet the harnessing-together of the body parts – shoring up against their incompleteness – invests the sculpture with an emotional charge: a convergence of vulnerability and resilience.

The lengths of twisted steel that form the armatures – either invisible or exposed – of Yu Ji’s concrete figures, find an echo in the three wooden ‘columns’ that hang from the ceiling of the gallery. Slender and branchlike, these subvert the functionality of actual columns – representing, instead, suspended ‘lines in space’. Each has been carved with a twisting helical design. The presence of iron cuffs, however, introduces a dissonant note, countering the appearance of weightlessness and ornamentality with a subtext of constraint or bondage.

In this regard, Yu Ji’s work remains subtly yet insistently corporeal – even in its more abstract or architectural incarnations. In two silkscreen prints on aluminium, she offsets the urban associations of her larger sculptural ‘landscape’ with images from her performances in actual landscapes – a view of a forest floor, for example, whose silhouetted trunks mirror the suspended ‘columns’ in the gallery. In these, Yu Ji appears against the undergrowth, creating an indelible impression of her presence within the space. The bodily presence of the viewer is simultaneously accented by the cylindrical aluminium support on which the image has been printed. The image is subsumed into a free-standing architectural form that coaxes us, too, inside its confines. 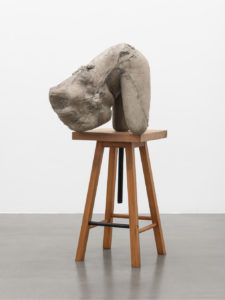 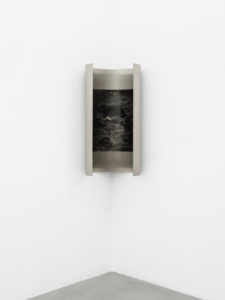 Filtering through the exhibition, the video Against Shadows, 2021, consists of a montage of recordings made during two performances: HALF PEEL HALF PULP, a performance and reading at Sa Sa Art Projects, Phnom Penh in 2017, and Spontaneous Decision II, conducted by the artist over a six-day period to initiate her project at the Centre Pompidou x West Bund, Shanghai in April 2021. For the latter, she established a makeshift studio within the space of the museum – a site for recurring, ritualistic actions that appeared both to invite and resist spectatorship, suggesting both the ‘framed reality’ of a stage and a space sealed off from the world. Compressed within the performance – as within Yu Ji’s wider practice – are ideas of individuality, time, confinement and freedom. These emotional and conceptual resonances are inseparable from her use of materials. She has observed: “The materials I use … are often categorised as having no value. For me, what is neglected or perhaps cast aside holds so much intimacy and emotion. This is where much of my work lies.”

The exhibition coincides with the release of Yu Ji’s first book – Wasted Mud – produced to accompany the eponymous exhibition at Chisenhale Gallery, London, in 2021. The bilingual publication, in English and Mandarin Chinese, presents an in-depth exploration of the artist’s practice to date, with contributions by Polly Staple, Yan Jun, Jo-ey Tang and Ellen Greig.

? Yu Ji was published in CURA.29. She was also part of the choral exhibition INCORPOREA at BASEMENT ROMA (September 2020), presenting her series Flesh in Stone and the video PATAAUW STONE for the first time in Rome.