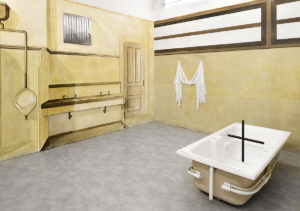 Through a series of conceptual maneuvers aiming at the possible identification of new linguistic sequences, the process of permutation from one word to another involves a complex combinatorial strategy within a circumscribed system of relations. Focusing on an established fact, the history of the anagram is the history of how this established fact has been variously recognized, and eventually called, and the function that it has been given each time. The conceptual relationship between works/objects/entities/characters in an artificial given space, avoiding the limbo of a single reading, activates a subjective and associative lateral logic and expands the possible fields of experience and understanding. If on the one hand the mimetic ability of the individual elements increases the possibility of misunderstanding and disorientation, on the other it invokes logical combinations which can be read in different ways.

The central element of this exploration is Paolo Chiasera’s double intervention, consisting of two painted rooms – a device implemented in space and time. The main work, URMUTTER, consisting of the intersection of three paintings depicting the interior of a bathroom, is at the core of the exhibition space. Public and private space merge, change roles and function, convert the two-dimensional nature of the painting into a three-dimensional space. 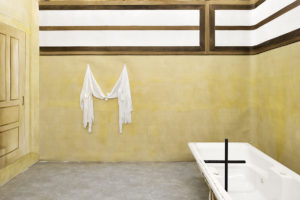 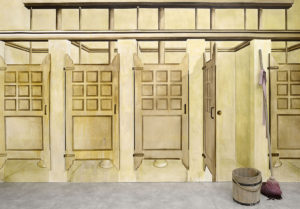 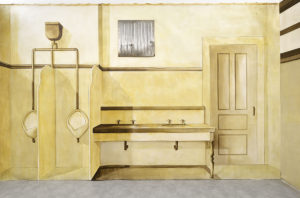 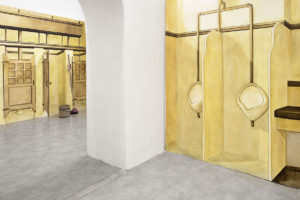 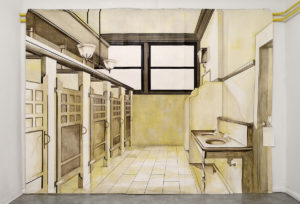 Thus URMUTTER, although relating to a long tradition of altering the exhibition space into environments of entirely different nature – in fact representing a traditional late nineteenth-century New York City public office toilet as furnished by Mott Iron Works, the company that also produced the urinal used by Duchamp for his iconic Fountain – presents yet another element. The environment here is prefabricated, painted, artificial, and converts its nature spread across the whole surface of the canvas into living space, a theater side scene aiming at the staging of the implemented representation, through which it embodies a tout-court exhibition space that welcomes and frames the work of other artists. 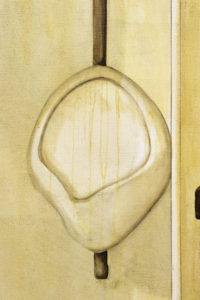 Every work has its own identity and strength, but when set against the others each is activated, triggering new meanings, different and layered readings. Different possible paths that the show does not intend to fulfil, but that are opened to the audience’s reasoning, which is too habituated to receiving information.

In this context, there is also another device deployed by Paolo Chiasera: MOTT, URMUTTER’s twin brother, another painting although actually smaller, a space, a crossbred bathroom both public and private.

Furthermore, if we thought of MOTT the canvas as of URMUTTER’s avatar, the latter could live in a virtual reality instead of a precise physical location. And this is how MOTT becomes a satellite space called to investigate themes that explore the complex philosophical, artistic, anthropological, literary and formal expressions of the graft.

Themes such as identity/otherness, nomadism/sedentariness, space/painting, work/object, are the focus of the discussion for a large group of Italian and foreign curators who, each reached in their city by MOTT along its route, will interact with the exhibition from a distance.

Curated by Ilaria Marotta in dialogue with Paolo Chiasera