In Nature Nothing Exists Alone 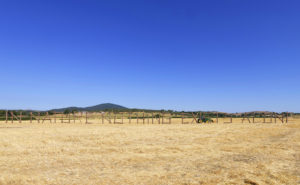 In one of her best-known and most signiﬁcant essays, “Silent Spring”1 (1962), the American biologist and zoologist Rachel Carson wrote “Nothing ever exists entirely alone; everything is in relation to everything else.” Acknowledged as a central ﬁgure of the modern environmental movement, a forerunner of the urgent issues associated with the protection and safeguarding of planet Earth, Carson was among the ﬁrst to highlight the serious matters related to the environment and the sustainability of the Earth ecosystem, stressing the responsibility of man in his being a tyrant over other species, over the planet and its living beings. Towards the end of her career, Carson’s research focused mainly against DDT and pesticide abuse, a research which she carried out by analyzing the damage caused to nature, the environment, animals and, through the food chain, to human beings themselves. They are “translation chains,” according to Bruno Latour, “in which we know that everything is liable to the same fate.”2 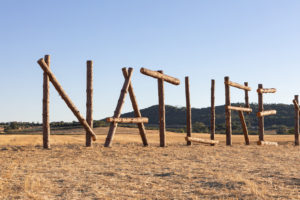 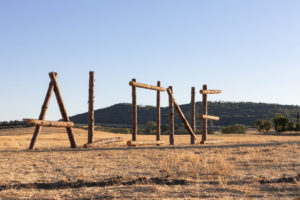 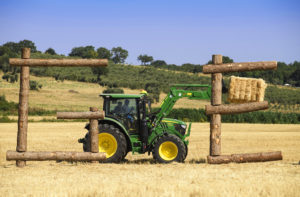 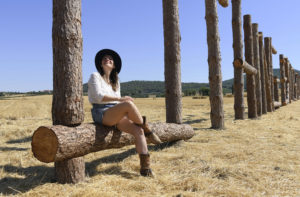 Claudia Comte’s work, “In Nature Nothing Exists Alone,” the most impressive of this series created by the artist, takes the words of the American biologist and translates them into a monumental wooden writing, made with dozens of pine logs from Monte Amiata, intended to be later reused in construction carpentry. The work, set up with exacting engineering and rigorous measuring, consists of the ﬁrst non-onomatopoeic or palindrome sentence of the series of wooden writings previously created by the artist, including HAHAHA (Bex & Arts Triennale, Bex, Switzerland, 2014) , NOW I WON (Messeplatz, Art Basel, Basel, Switzerland, 2017), WOOOW (Biennale Gherdëina VI, Ortisei, Italy, 2018), ME WE (Roskilde Festival, Roskilde, Denmark, 2019.)

Born and raised in Switzerland, Claudia Comte has always been interested in nature and environmental issues. Through radical actions and installations that challenge the sense of inﬁnity, Comte uses elements taken from nature to give them back to nature, undermining, through a process of synthesis, the deﬁnition of our gaze on the world. In this symbiotic process, Comte refers to the beauty and power of nature but also to its fragility, which requires constant attention, care and respect.
Known for large-scale environmental installations that allude to nature and its constantly changing patterns, the artist’s practice is guided by a speciﬁc system of deﬁnition and measurement of the creative process, which ensures that each work is related to the surrounding context. The speciﬁc visual language and the attention to craftsmanship take shape each and every time through rigorous geometries from the modernist tradition or through natural shapes crystallized in wooden or marble sculptures, rather than with a playful approach, digitally mediated for artistic production, through which the artist investigates current issues such as climate change, global pollution and the protection of endangered species.

Thus, Comte elaborates her complex constructions, implicitly suggesting that each work had always been there, genius loci, an expression of the spirit of the place, ready to be seen only by those who are ready for it. 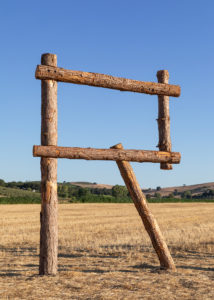 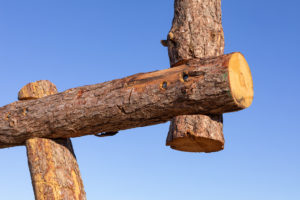 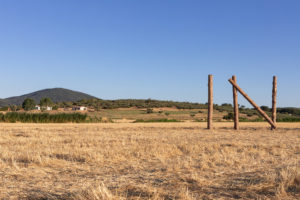 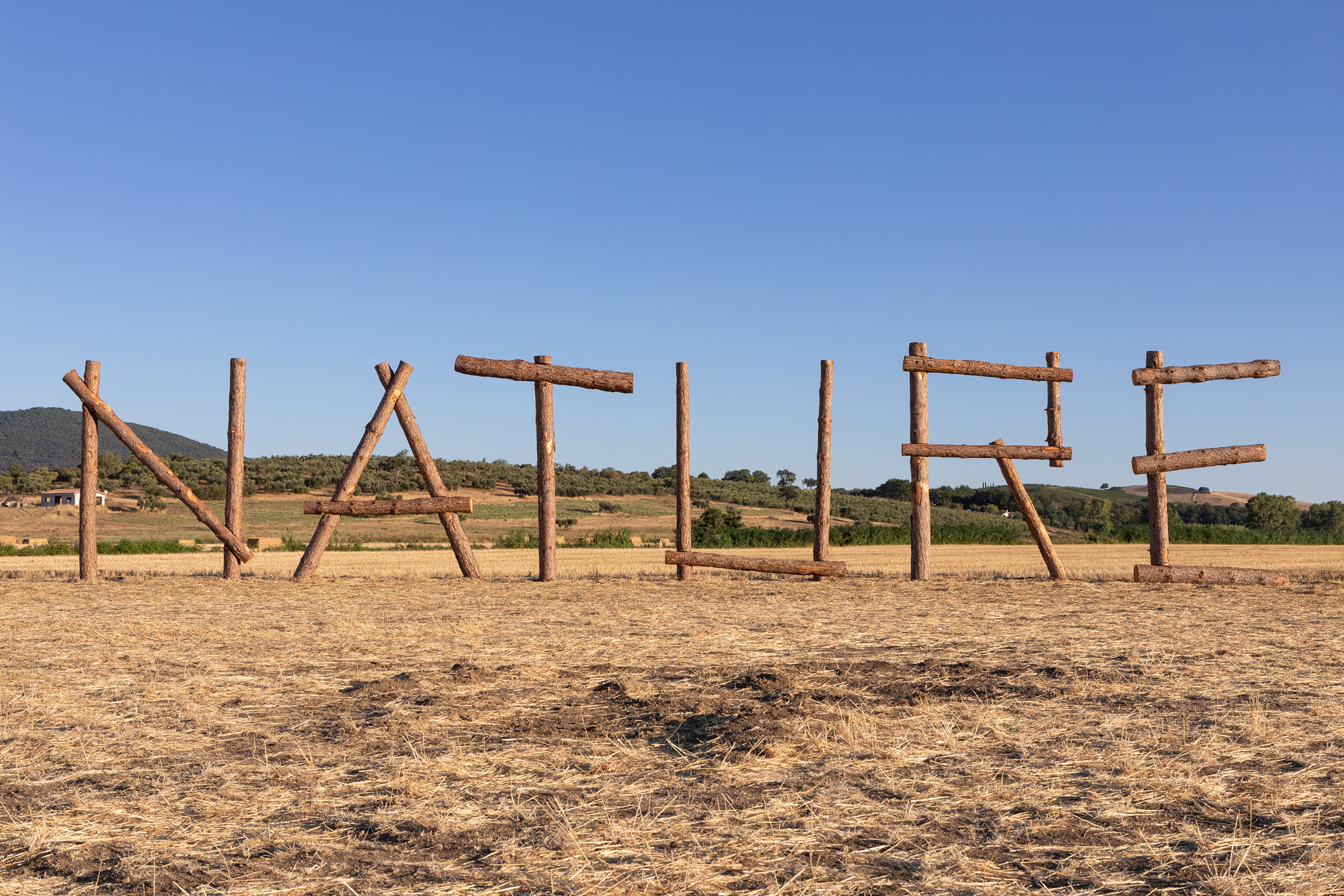 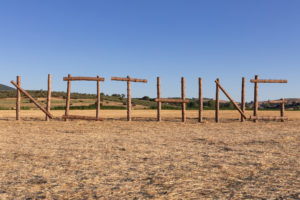 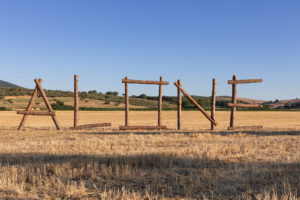 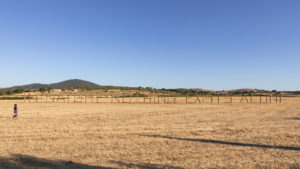 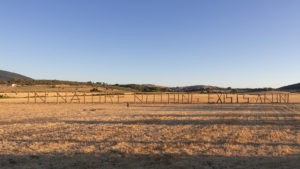 Claudia Comte was born in Grancy, Switzerland, in 1983. She works with different media, often combining sculptures or installations – her main body of work – with wall paintings, videos, and performances, thus creating environments where works relate to each other with a visual rhythm that is both methodical and playful. Elements such as forests, video games, comic books and sci-fi films have contributed to the creation of a language filled with real and imaginary references. Her work is defined by her fascination with the memory of materials and a keen observation of the relationship between humans and technology.
Comte was the winner of the Swiss Art Award in 2014 and the Kiefer Hablitzel Award in 2012.

Hypermaremma: Non-profit cultural association that has been operating since 2019 for the production and promotion of contemporary art in Maremma through the intervention of contemporary artists, encouraged to relate to the territory and its history. With a curious approach towards the future, it aims to pursue beauty in dialogue with the land, while leaving a sustainable imprint through the promotion of art. Hypermaremma was founded by: Carlo Pratis, Giorgio Galotti, Matteo d’Aloja