For his first solo exhibition in Italy, the French artist David Douard will present a site-specific work centered around a suspended sculpture. An anthropomorphic figure, of which we only get to glance two legs midair, caught in the moment of descending from above or jumping – but actually hanging – which the artist connects to the phenomenon of suicide, especially in adolescence. 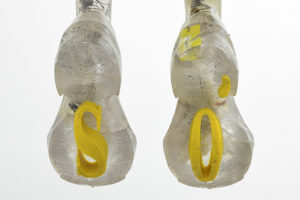 The ambiguous image creates a state of uncertainty regarding the scene we are looking at, a hybrid device called to respond to the issue of language, the interruption of thought, but also to the possibility that word and knowledge are continually revitalized through an uninterrupted flow between the sphere of life and that of death.

Douard often works on gaps: visible and invisible, presence and absence, here and elsewhere. Whether referring to a microscopic universe, which he hints at like in many previous works related to food or water intake, and the pitfalls that they hide or, as in this case, to a space-time limbo in which different hemispheres incidentally touch, intersect, reveal themselves. 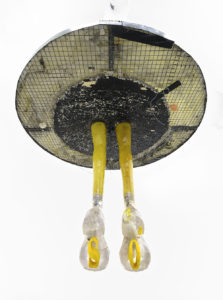 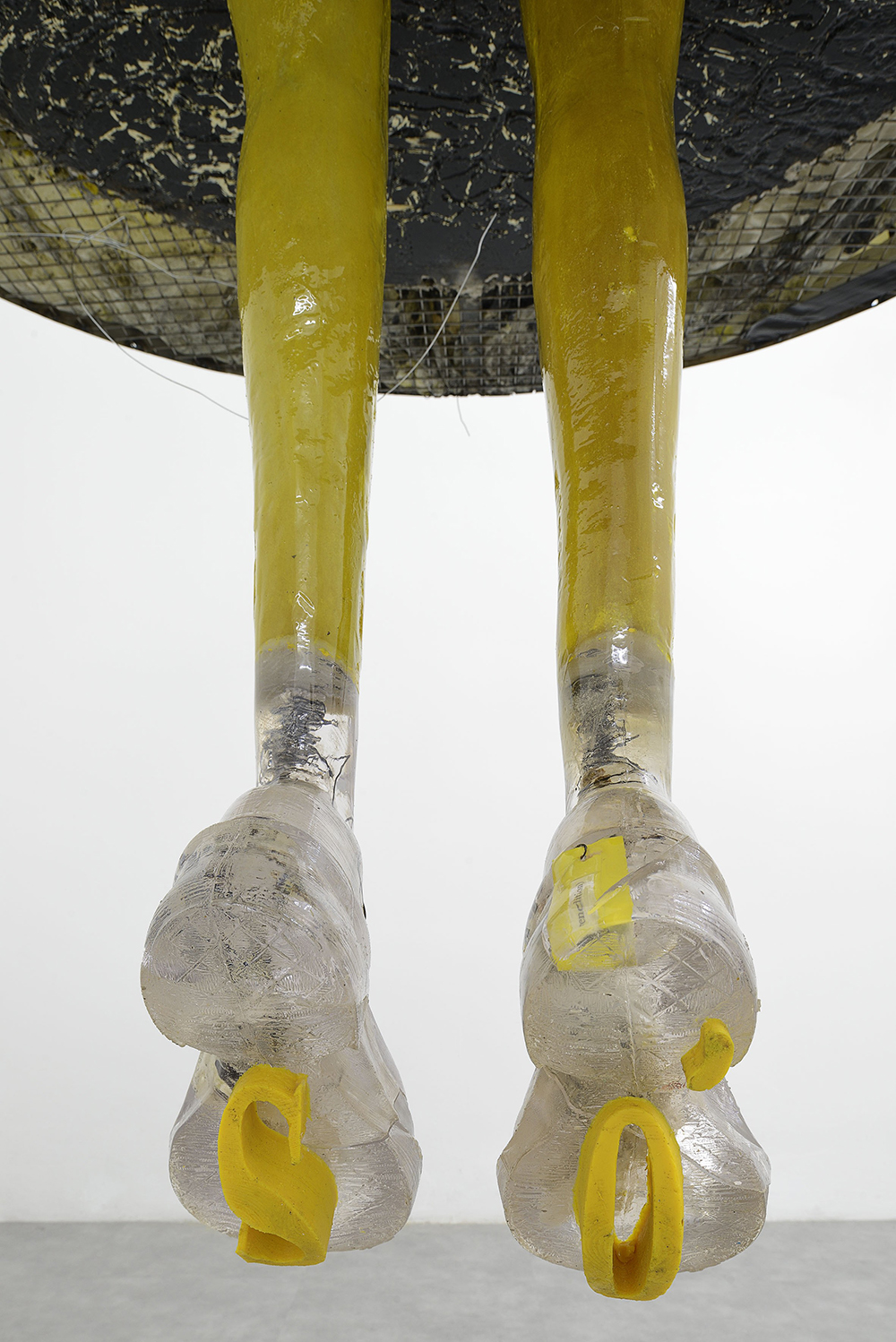 SO, the two letters which like the keys on a typewriter are printed on the soles of the hanging figure, convey such a sense of continuity. SO is the conjunction used in common language at the beginning of a sentence, as an expression which suggests the subsequent processing of a thought. But also emphasizes a break, a transition, a point between a before and an after. The artist relates in this way the physical presence of the sculptures in words, concepts, verses and poems that anonymous authors have put on the web, summarizing in an imaginary animist character the origin of thought and of all things, in the suspended sphere that inanimate objects trigger with respect to their ability to act when giving back an image.

Through the use of multiple media including video, sculpture, sound, text, collage, Douard confirms his penchant for creating gender hybrids, and shortens the distance between organicity and technology, between archetypal sedimentations – windingly remodeled, reformulated and projected in an imaginary future – and the intimate sense of the present, perpetually poised. 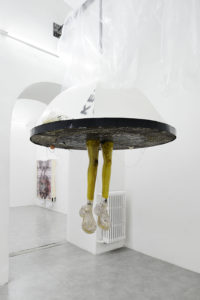 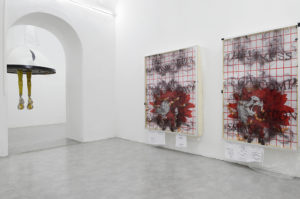 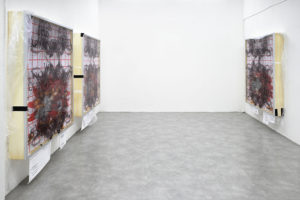 The exhibition includes a series of limited editions. Each piece is composed of a cardboard box containing a small dish with eggshells and other materials put under transparent resin. The boxes also include a selection of black and white prints presenting texts and images drawn by the artist from the web and from his own archive. 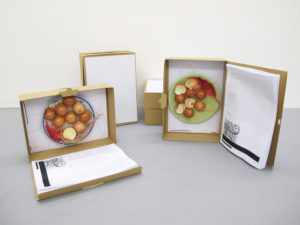 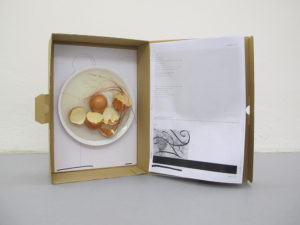 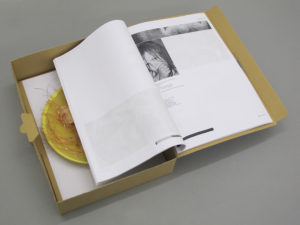 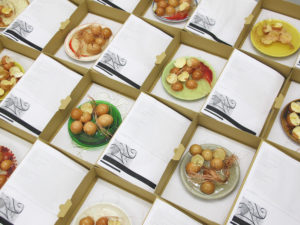 David Douard’s Untitled (2015) is an edition of 30 works, each unique. Request price