So, in the 1920s sometime, nobody really knows honestly, this guy, Caesar Cardini has this restaurant in Tijuana, Mexico, and one night the kitchen ran out of ingredients for the typical menu items, so spontaneously Caesar uses some random left over items in the kitchen to create this theatrical salad. The salad is pretty much just romaine lettuce, so he comes up with this impressive presentation in the creation of the dressing, which is a weird mix of: parmesan cheese, lemon juice, olive oil, egg, Worcestershire sauce, and black pepper. No anchovies. Caesar was actually opposed to using anchovies in his salad. It turns out the reason anchovies are so common in Caesar salads is that his brother, Alex made a recipe for an identical salad called the ‘Aviator,’ which used anchovies instead of Worcestershire sauce. 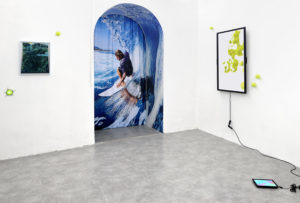 The Caesar salad starts its history as an unlikely amalgam of disparate ingredients, but has since become a deeper cultural institution, persisting or preserved as a melange of different parts.

To start, the salad in its current form is identified as something distinctly American, but was created in Mexico by an Italian immigrant. In a sense the multi-cultural background of its creator reinforces this idea of Americana and is even further bolstered by the actual salad’s differing ingredients. Within America, although the salad is a staple of the steakhouse (its first official documentation is on the Los Angeles restaurant Lawry’s Steakhouse menu in 1946), its origin is mistakenly attributed to some sort of ancient Roman history, when its only speculative relation is through the ethnicity of its creator and perhaps his imperial namesake (to which we can only speculate). This misattribution is taken to such ends that large salad dressing brands lavish their bottles with olive leaves, roman columns and even as much as a marble bust of Paul Newman imitating Julius Caesar, complete with golden laurel wreath. 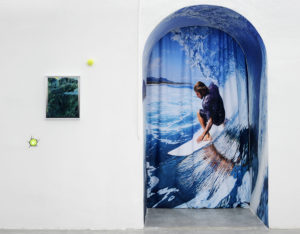 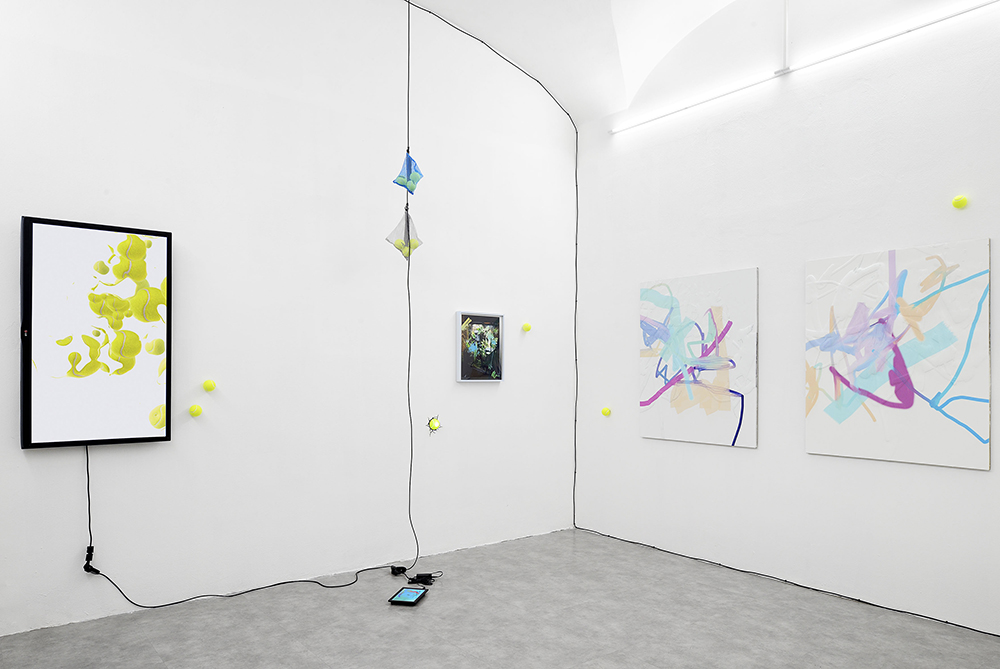 To push things further the salad has evolved into directions where it is adapted to regional cuisines and cultures to take new forms. Health conscious Californians birth the Kale Caesar, spice conscious southerners create the Cajun Chicken Caesar, Mexicans have their own variation with a cilantro lime twist dressing, and then you have wraps, sandwiches and panini all pushing it into new shapes.

The salad, its origins, cultural associations, geography, and mutating future forms are an anamorphic mirror for Manning’s solo exhibition. These displaced and discursive connections between Rome and California operate as mismatched synapses — firing and missing, firing and hitting. The works taking shape so they exist as no one thing — a ball mounted to the wall, or printed in a photo, or sculpted from wax. Manning pulls imagery from seemingly unrelated areas and pushes them into a fluid format that feels distinctly Southern Californian, cohabiting between modes of representation. In this way the work is a salad, a Caesar Salad, born of necessity and its surroundings, misinterpreted, and constantly in a state of representational flux. 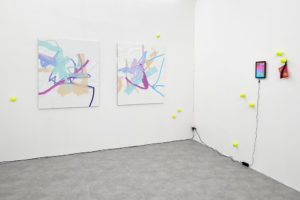 Michael Manning (b. 1985) lives and works in Los Angeles. His work explores alternative approaches to producing and distributing traditional art objects using technology and social networking. Manning makes paintings, videos, and installations that stem from the internet and software, utilizing the crypto-materiality of computer technology in conjunction with his interest in punk counterculture movements.