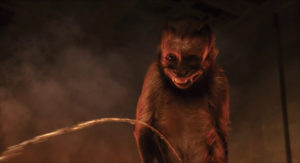 Working within a process of deconstruction, hybridization and the recomposition of the image, the artist Will Benedict uses various media—from painting to video, drawing to photography to curating exhibition projects—in order to reflect on the constitutive elements of representation and on the ways of interpreting and framing it, both visually and conceptually. The compositional and material heterogeneity of his works—often characterized by the coexistence of multiple semiotic levels—creates a sense of engaged ambivalence. In particular, his video works depict worlds that subvert both, the codes of popular entertainment and the conventions of the avant-garde embedded in music videos, fashion spreads, YouTube tutorials, magazines, advertising, television and film.

The exhibition title, Idéal Pain (meaning literally ‘Ideal Bread’ in French, but also ‘Ideal Pain’ in English), plays on the inverted order of words and the double meaning between the two languages spoken by the artist, who was born in the U.S. but lives and works in Paris. His is a reference to the ‘gig economy,’ to unsteady work conditions, to hit-and-run organizations of employment, and the food industry as an indicator of inequality, consumerism, waste and scarcity. 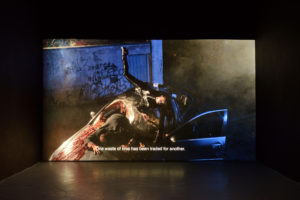 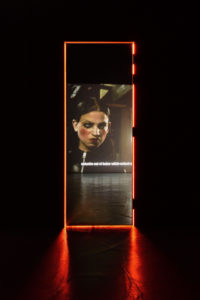 As the artist states: “I’m interested in collaging things I find with things I make. I get to create worlds with fuzzy boundaries where we aren’t sure what exactly is going on or who is actually responsible for any of it. As I have mentioned on multiple occasions sometimes I feel empowered to unfold an object’s history and sometimes the object enfolds you, takes over your body and you’re just a kind of zombie. But either way I’m the one who’s responsible.”

In creating a site-specific, immersive and disorienting intervention, Benedict divides the space into parallel realities, which the visitor accesses through a series of doors on either side of which he exhibits, for the first time in Italy, Degrees of Disgust (2019) and Angry Chimp (2022).

In the video Degrees of Disgust (2019)—which draws inspiration from the book Trick Mirror: Reflections on Self-Delusion by Jia Tolentino and features the British model Lily McMenamy—food is at the center of a dystopian narrative in which the protagonist, an Uber Eats driver, is involved in a car accident which quickly loses any tragic component to become a staged set of seductive and dehumanized aesthetic codes. A mix of genres, from thriller to music video, from film trailers to commercials, Benedict’s video takes up the fundamental points of Tolentino’s best seller: the dream and freedom of the Internet have become a nightmare of collective alienation, exasperated expressions of the self and in the end total identity explosion. 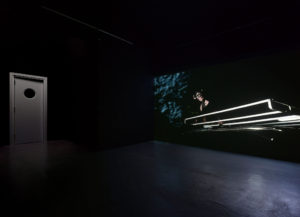 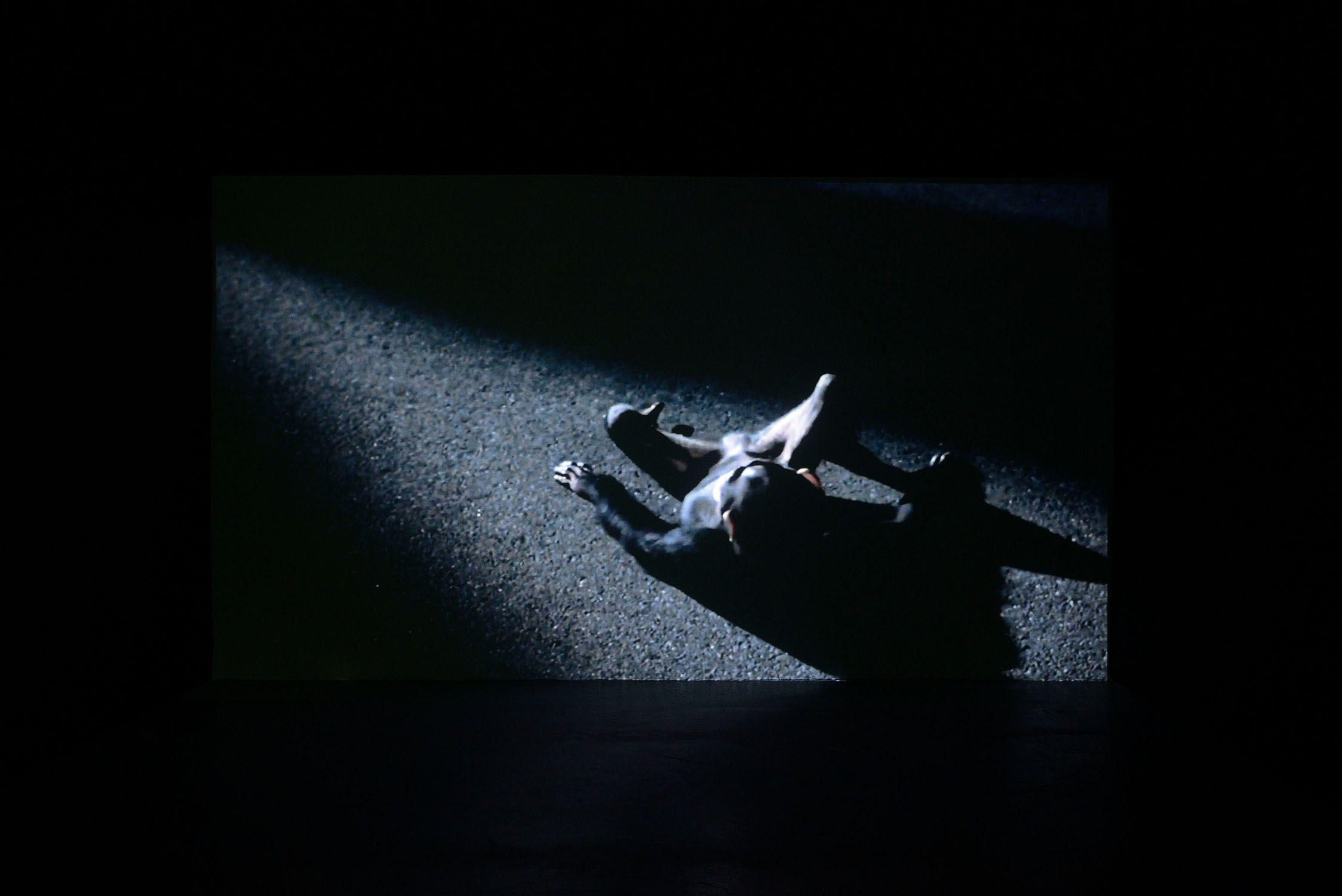 While in the video Degrees of Disgust (2019) we only see what led up to the accident and it’s aftermath; in Angry Chimp (2022), a short excerpt from Dario Argento’s movie Phenomena we see the potential conditions which might have caused the accident to occur in the first place. Finding and appropriating this short clip reveals the potential opportunity to solve production problems by exploiting distraction, violence, luck and chance. 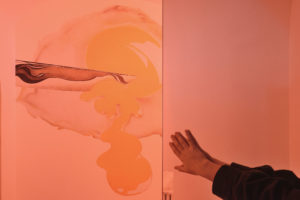 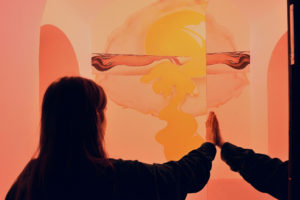 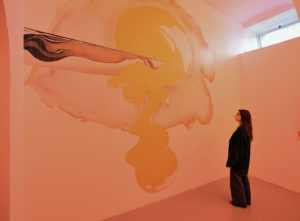 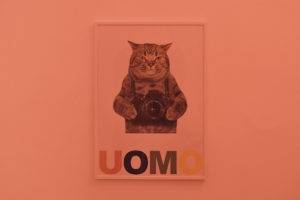 All Photos
Courtesy the artist, photos by Roberto Apa