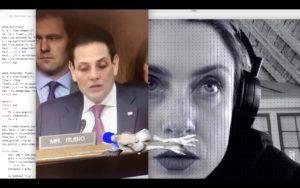 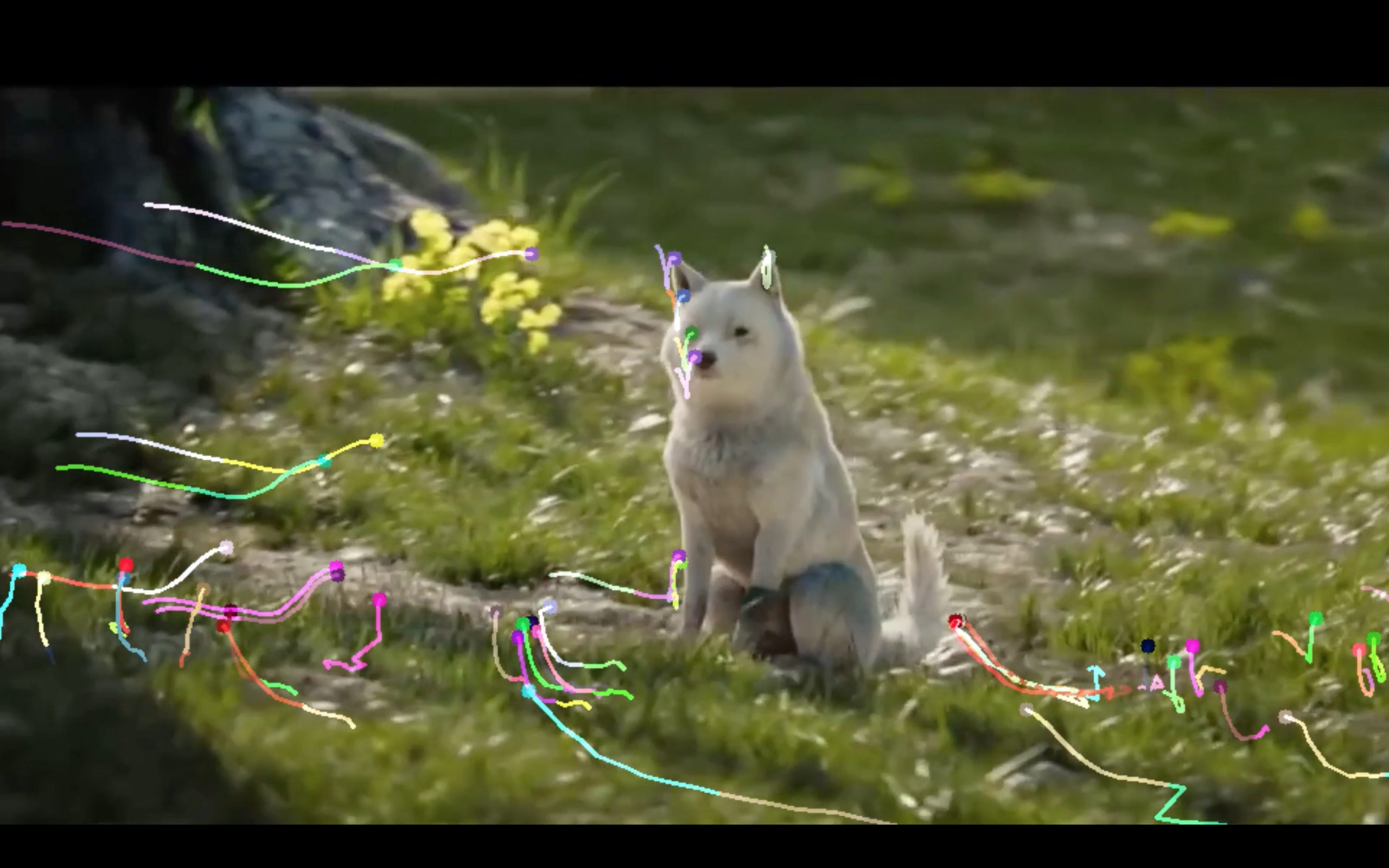 I first met Rachel Rossin at a friend’s studio in the East Village, where a group of us were unofficially celebrating our newfound freedom to congregate. Her exhibition, Boohoo Stamina, featuring a series of colorful, gestural paintings––several of which contained luminous animations of digital avatars generated by whirring hologram fans embedded into the canvas—was on view nearby. The series, made during the pandemic, was a poignant reflection of how the invisible infrastructures of technology have served to heal in times of isolation. An Art21 video tracing themes in her work back to her adolescence launched that morning.

Rossin, with her crystal blue eyes and blue-streaked blonde hair, pulled back into a bun, and a humble, appreciative nature that hardly prepared people for the radical cast of her thinking, sat across from me. A conversation about the most memorable exhibitions seen before lockdown led to discovering that Rossin and I had a mutual fascination for pioneering media artist Gretchen Bender. The posthumous survey at Red Bull Arts in 2019 underscored an artist’s ability to reveal hidden infrastructures using the new media of their time. It seemed that Bender saw the electric glow of an approaching future and buried it in her art for an audience to contend with decades later. What would she make if she could experience the incessant stream of assets circulating without any sense of origin that is the Internet? At that point, I had not seen much of Rossin’s work in person, but I knew that she was a recurring keynote speaker on the role of augmented reality (AR) and virtual reality (VR) in art at the “Breaking Glass” symposia at Städelschule. 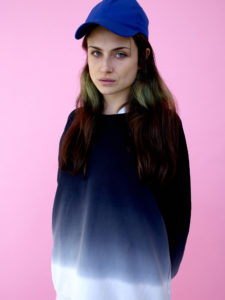 Before the pandemic, Rossin mounted her most technically ambitious exhibition yet, at the Zabludowicz Collection. She presented Psychology Today (2019), an immersive large-scale six-channel video installation, in concert with a revised version of The Sky Is a Gap (2017-2019), a VR work inspired by the final, catastrophic scene in Antonioni’s Zabriskie Point. Antonioni’s finale captures a Modernist house exploding, replaying the event repeatedly from various vantage points. Wonder Bread, books, and other relics of domestic consumer culture fall against a perfect blue sky. Rossin countered that familiar feeling of helplessness in the face of an impending disaster, by giving “players” the agency to control it. Through elements of game programming combined with spatial tracking systems, individuals in Oculus headsets could fast forward, rewind, and shift between perspectives within their virtual world.

“Ours is indeed an age of extremity,” Sontag told us in her essay on sci-fi films, The Imagination of Disaster. “For we live under continual threat of two equally fearful, but seemingly opposed, destinies: unremitting banality and inconceivable terror. It is fantasy, served out in large rations by the popular arts, allowing most people to cope with these twin specters.” Rossin has a gift for plumbing the depths of technological experience to create worlds corresponding with the amputating qualities of the media. Bridging disciplines, she is in constant dialogue with engineers and scientists and thus among the first to receive and digest advances in media and technology. Recently over the phone, we discussed CRISPR, Neuralink, and the reality that soon people will wear Tron-like exoskeletons on their way to the office. 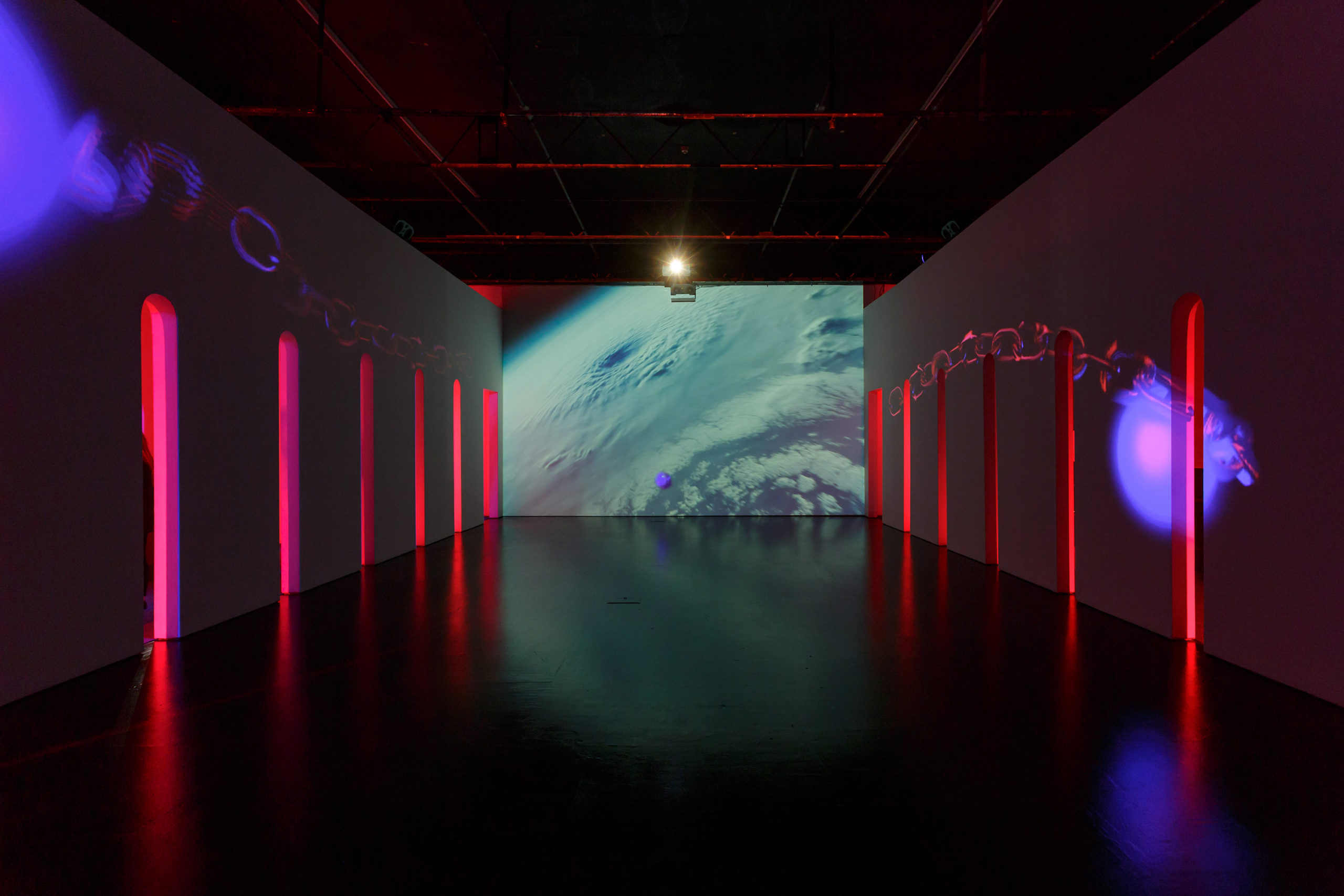 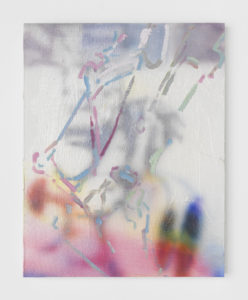 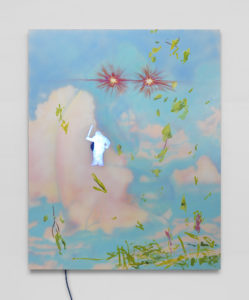 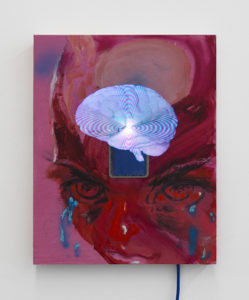 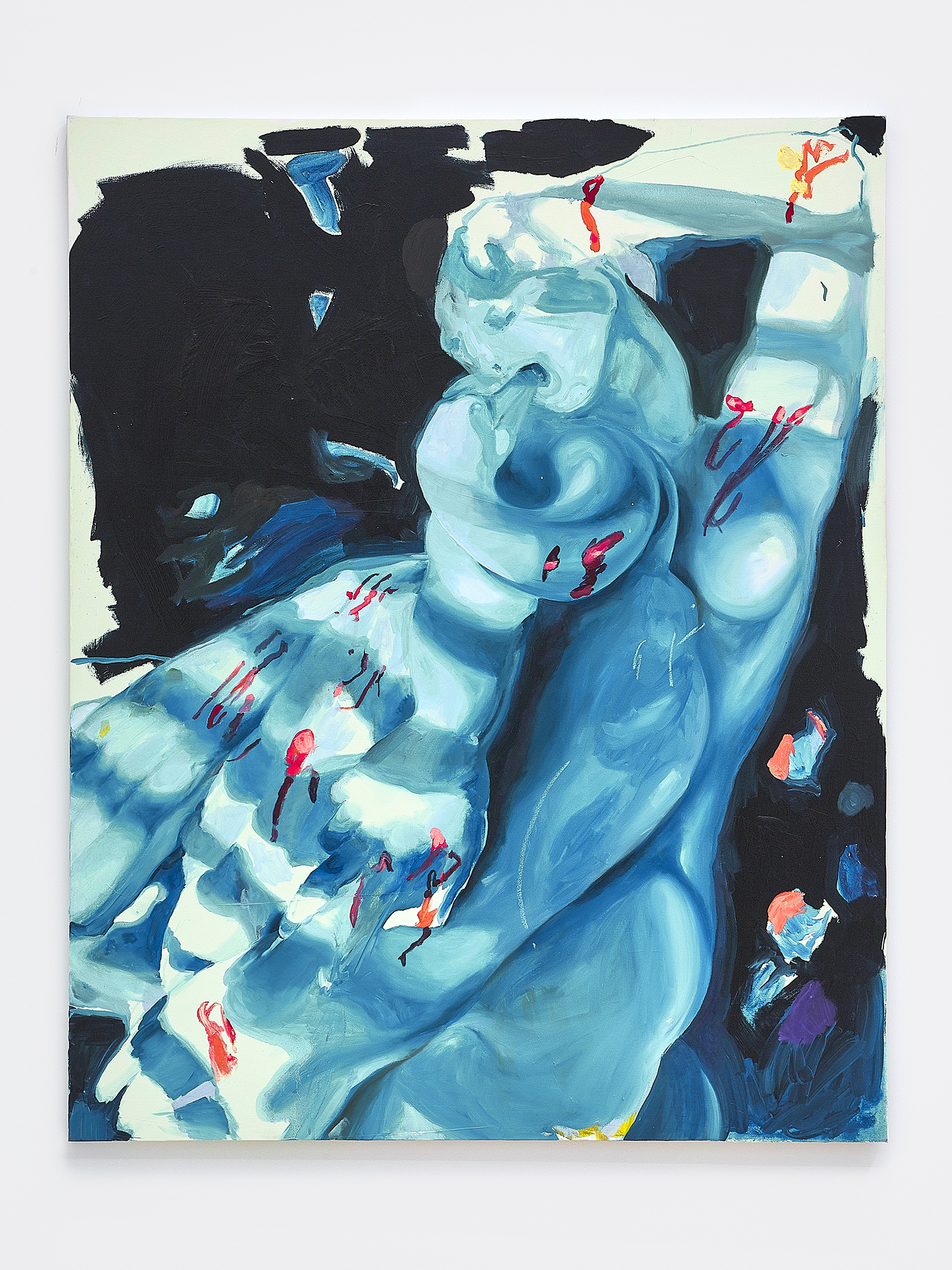 At her studio, she revealed a dazzling capacity to hack digital media. I mentioned my hesitation to use D2C genetic sequencing services for fear of relinquishing my most personal data. “It’s too late,” she told me. “They already have it. However, if you give me the genotyped report, I can translate it for you.” Already a programming polyglot, Rossin has been teaching herself to read DNA sequence variations. “It’s true, though,” she laughed. “You don’t want to make it easier for them.” Discovering a new law requiring Google to grant individuals access to scraped data, Rossin tracked down a whopping 20Gb of audio recordings culled from her devices. “This was what was interesting with Cambridge Analytica… If you ‘liked’ Hello Kitty, you were this kind of liberal. I loved that. Awful? Yes. Diabolical? Yes. Also––fucking fascinating. I would love to defy all of that, to trick everything.” (As a young programmer, Rossin was able to excel in male-dominated spaces by adopting male avatars “because it was easier to hide in plain sight instead of being harassed.”1) Picking up her phone, she added, “It’s feeling too close, and I say this often, but I want it to stay separate.”

I found myself watching an electric blue harpy dance across the surface of a vividly colored painting by Rossin shortly after that dinner last Spring. Unlike much of the figurative painting by her peers in which the whole canvas is consistent, Rossin approaches each layer differently––as if building a virtual world. Her paintings often begin with a recursive live drawing exercise in VR, which she uses as a sketchbook. With the headset on, her body vanishes, allowing her to represent how the body feels, rather than how it looks, a mode reminiscent of painter Maria Lassnig who aimed to represent the momentary perceptions of her own body, a process she termed “body awareness.” Similarly, the sculptures Rossin forms by pressing her body into malleable blowtorch-heated plexiglass stem from a desire to articulate physicality. What does it feel like to have a body? What does it feel like to forget your body? In another painting, an airbrushed, spectral blurry cat floated in the background while more distinct gestures working in opposition to that softness dashed the surface revealing the rhythm of her strokes.

In the Art21 profile, Rossin describes her early access to computers and programming through the machines her great-grandfather, a former mechanic for Burroughs Adding Machines and IBM, left behind when he passed. Some of her earliest memories linked to art are of the Dot Matrix printer she would use to make drawings in command line. The date on these drawings means she was making them at the age of 6. Eventually, when her family got a Windows 95, Rossin began opening up .exe files for preloaded games like Solitaire, which revealed a world of computer software for her to play in. Like many children growing up in an uncertain environment, art became a form of escapism. But recently, Rossin seeks relief from unpleasant realities by engaging in the abstract space of fantasy that painting allows. “When I was growing up,” she told me, “I used the Internet to escape, but now, I use reality to escape.”

RACHEL ROSSIN
(b. 1987, West Palm Beach, Florida) is a self-taught computer programmer and multidisciplinary artist who has gained international recognition for her exhibitions that blend oil painting, sculpture, 3D animation and virtual reality. Rossin’s practice acts on the metabolism between a physical and digital exchange, investigating the ways information and sensory experience are transfigured by each.

LOLA KRAMER
is an independent curator and writer. She was the editor of the Bastard Cookbook with Rirkrit Tiravanija and has explored the media of Lawrence Weiner extensively. Recently, her work appeared in Sisters With Transistors, a film mapping a new history of electronic music through the visionary women whose radical experimentations with machines redefined the boundaries of music.